East Meets West, The Brand Has Won Two Global Design Awards For Both East And West

Design aesthetics is becoming the new universal language of the world. For each specific product, the combination of technology and art may have countless mountains to climb, but the dance between the two is one of the most beautiful embraces of our time.

On October 1st, Japan’s G-Mark Design Awards announced the winners of this year’s awards, and Bravat’s “Miranda Series Super Oxygen Kitchen Faucet” won the Good Design Award for glamorous design and quality, out of 4,769 entries from 974 companies worldwide. Design Awards. In the previous September, at the IDEA Design Awards, one of the most prestigious design awards in the United States, this product even won a gold medal for its exquisite craftsmanship and ergonomic design, making it one of the few kitchen and bathroom hardware products to win this award in 2020. 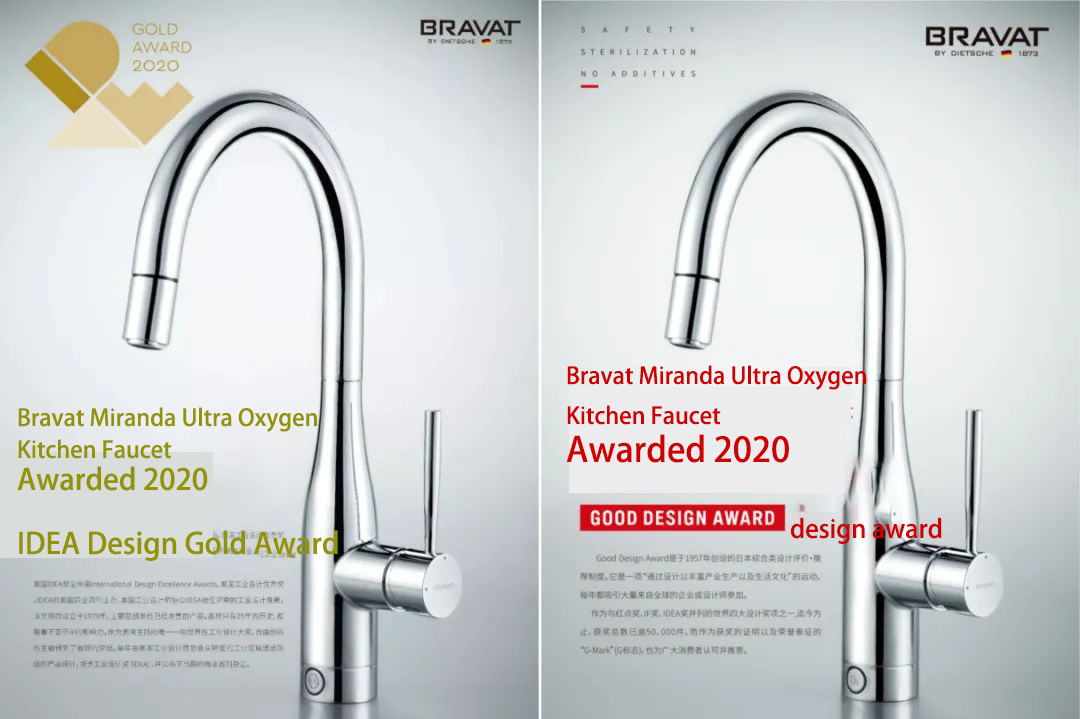 Although global integration has become a consensus in all fields, the cultural and aesthetic differences between East and West still exist in the general sense. This reflects that Bravat’s product quality and design level has been recognized by both the East and West design communities, and has become a model of global design for the bathroom industry.

Two Design Awards From The East And West

It’s Not Just About The “Good Looks” Of The Product.

Japan G-Mark Design Award, founded in 1957, is one of the most authoritative design awards in Asia. The jury of this year’s award is composed of 90 judges, 85 of whom are from Japan. On the other hand, the IDEA Design Award has become the trendsetter of industrial design in Europe and the United States since its inception in 1980, and among the 49 judges listed on the official website this year, more than 90% are from Europe and the United States. 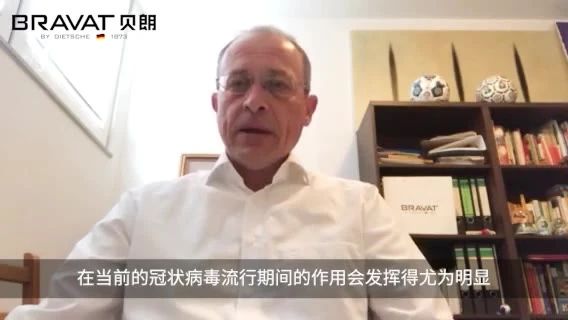 Transcripts: The role will be particularly pronounced during the current coronavirus epidemic.

Although there are differences in the backgrounds of the two awards, both juries focus on the user-friendly design and value of the product as one of the key points of evaluation. For example, the IDEA Design Award in the United States is judged by the innovation of the design, value to the user, whether it conforms to the principle of ecology, environmental protection of production, appropriate aesthetics and visual appeal. The Japanese G-Mark Design Award also points out that the award is an activity to “enrich industrial production and living culture through design”. The award not only focuses on aesthetic design, but also conducts stringent assessment on quality, safety and performance.

Obviously, the criteria for the two major design awards in the East and West are no longer just “good looks”, but also the value that a product brings to users, the support it provides to life and culture, and the traction it has on the global industrial design scene. The fact that Bravat Miranda’s Super Oxygen Kitchen Faucet has won two design awards at the same time is one thing, but the humanistic concept behind the product and the integration of technological elements are also key. 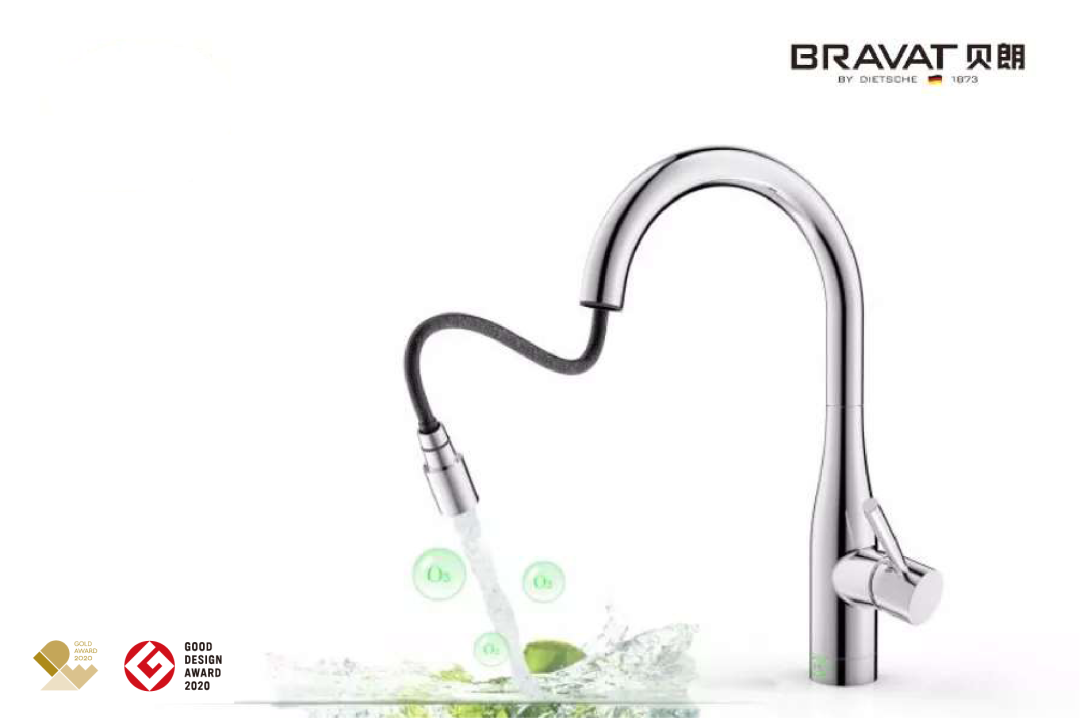 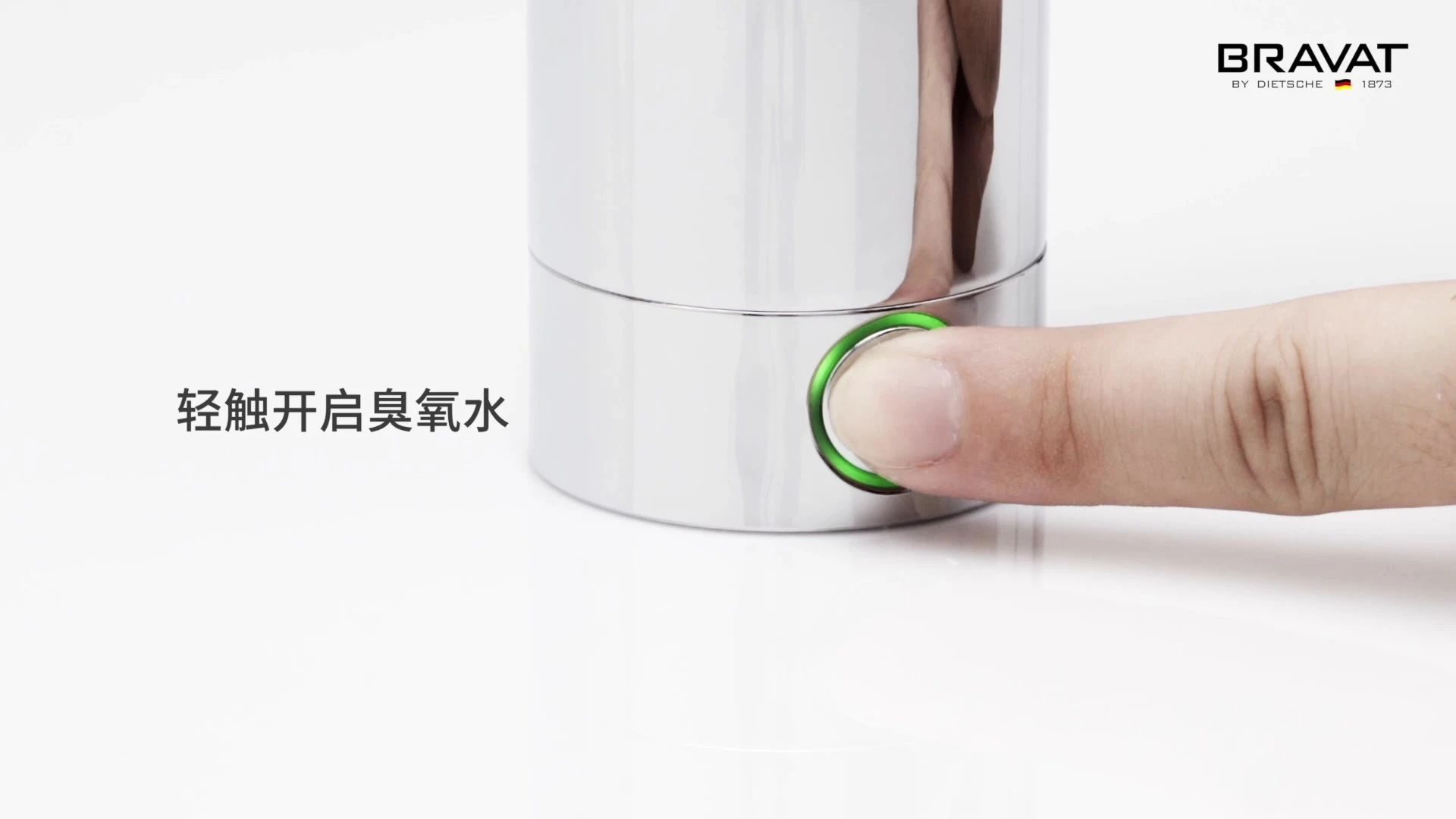 Transcripts: Ozonated water at the touch of a button

In addition to the Miranda series of ultra-oxygen kitchen faucets, Bravat’s recent launch of a series of new products are a clear demonstration of care for people. After the outbreak of the epidemic, Bravat has learned that global consumers’ pursuit of healthy life knows no borders, so it has launched Touchless series of products to help consumers open a contactless bathroom life; and to address health issues, Bravat has also launched dechlorinated showerheads and other health products, so that consumers have a greater grasp of their own health. 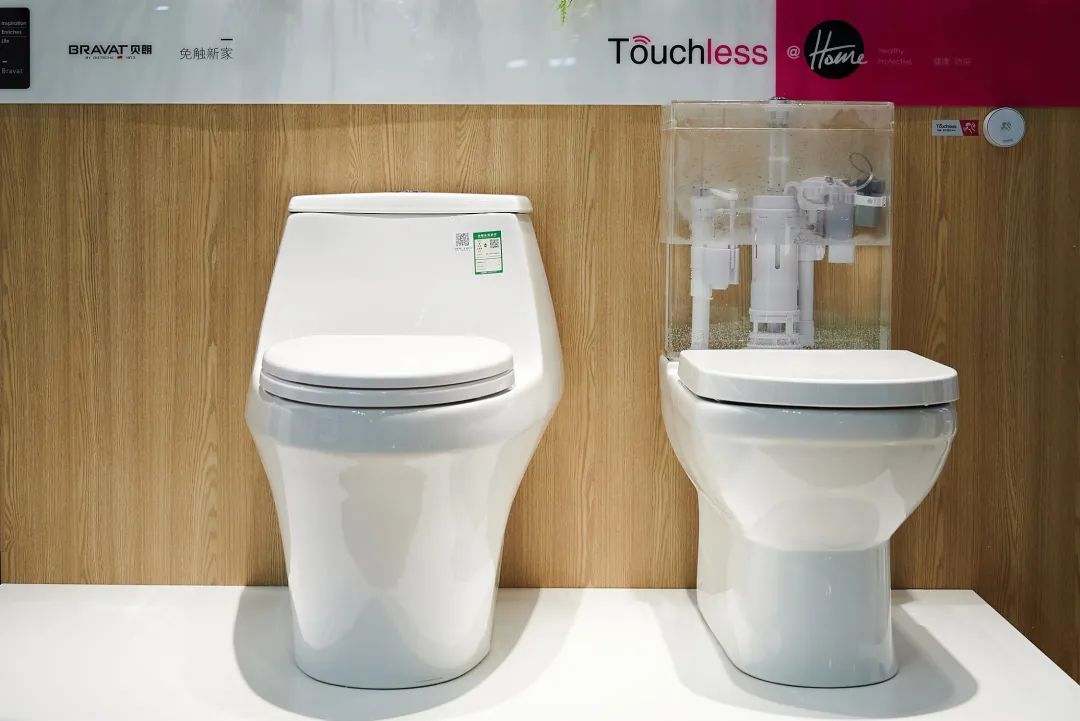 In addition to the continuous output of bathroom products that meet consumers’ needs, Bravat is also exploring crossover in the fields of cabinetry and wardrobe to meet the needs of customers at different levels as refined decoration gradually becomes the standard in the real estate industry. Based on its rich experience in the design and development of home furnishing products, Bravat has recently ventured into the field of whole house assembly, becoming one of the first companies in the sanitary industry to launch the industrialization strategy of interior. 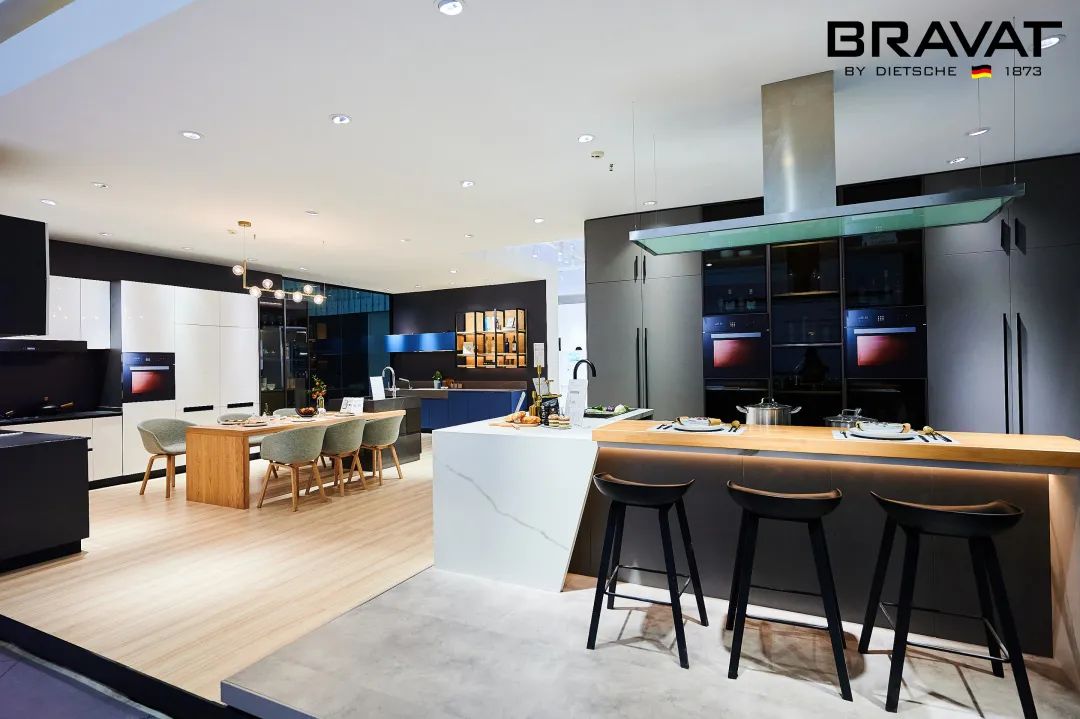 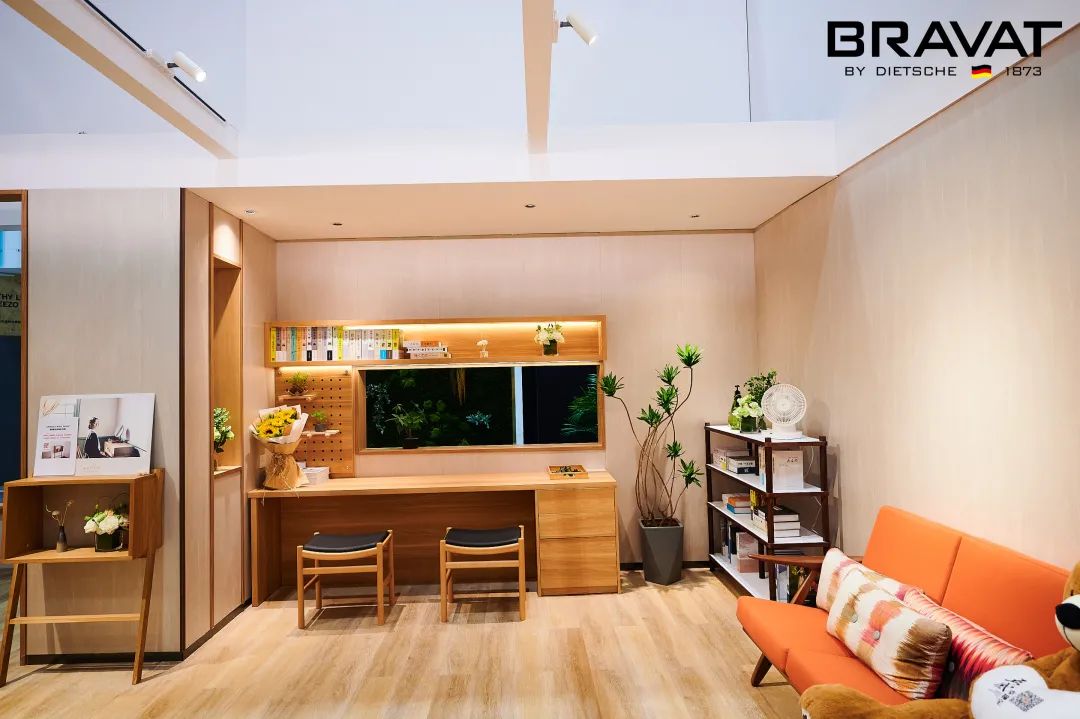 With A Global Aesthetic Vision.

Continuous Output Of Products That Satisfy The User

Michael Simcoe’s view reflects the convergence of Eastern and Western perceptions of product aesthetics and functionality in the context of globalization, but also shows that good design and good products are becoming the new universal language for users around the world. This is also evident in Bravat’s trajectory since its inception and is even key to its continued success. 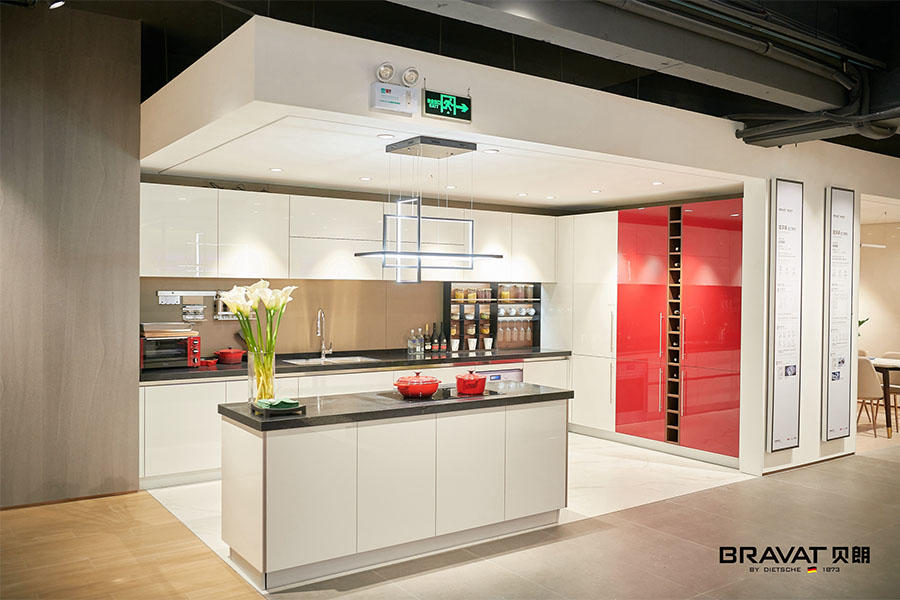 “To create a unique and personalized bathroom lifestyle for those who refuse to go with the flow” – as a high-end bathroom sub-brand of the German century-old bathroom brand Dietsche, Dietsche’s business philosophy gives the Bravat is a brand with a strong focus on craftsmanship and individuality. Bravat’s expansion into Asia has led to a series of global changes in operations and supply chain integration, and the company continues to deliver products that are not limited to sanitary ware.

Bravat’s background of being from the West but based in the East has provided Bravat with a global perspective and a unique approach to product design, development and brand operation. Bravat has set up two design and development centers in Europe and Asia, as well as a Bravat (Asia Pacific) integrated manufacturing base that integrates R&D, production, warehousing and logistics, and product display. 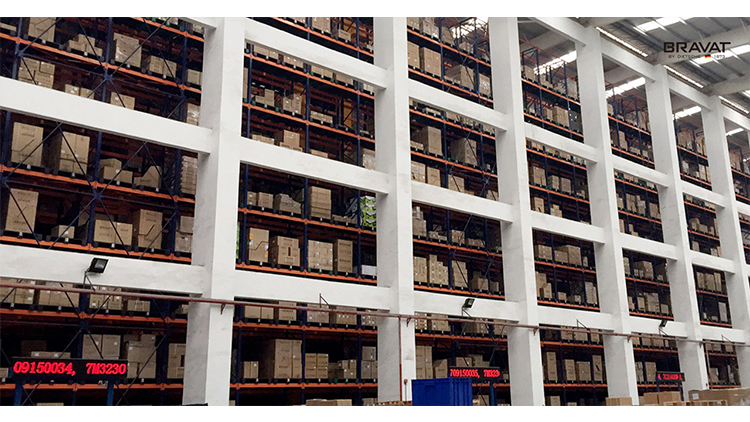 Based on this, Bravat has launched a series of bathroom products from different perspectives and aesthetic standards to meet the personalized and diversified bathroom experience needs of high-end consumers.

In Bravat’s design and launch of a variety of bathroom products, can be seen – imaginative trendy design for products full of technology to bring visual vitality, appearance more beautiful; and full of technological features for the design of the presentation form provides more possibilities, so that the user’s functional and aesthetic needs, are getting Meet. In addition, Bravat’s design is based on the highest global standards, and the concept of environmental protection is infused into its products, and certain items such as hardware are even lead-free, giving users peace of mind in every detail. 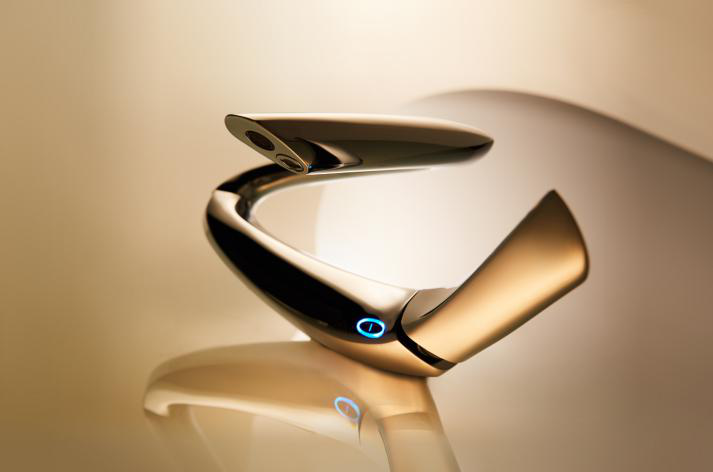 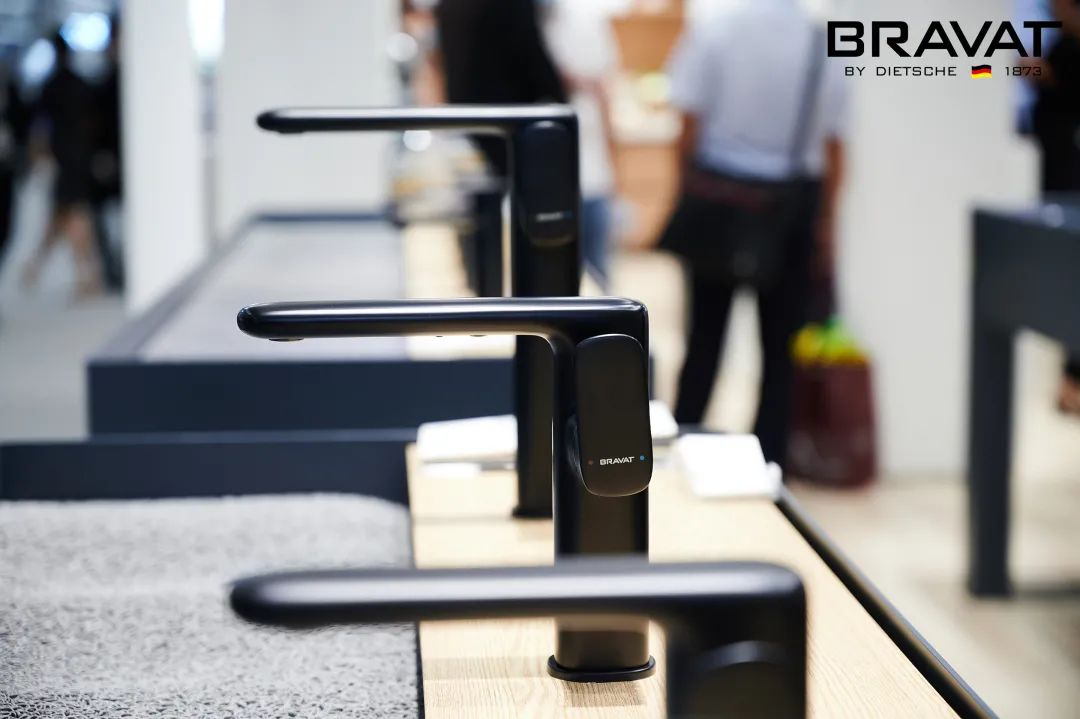 More Than Just Design Praised By The East And West

Use Of The Product Is Penetrating Globally

In recent years, the globalization of manufacturing has led to the globalization of consumption. Consumers in most countries around the world are accustomed to eating McDonald’s and drinking Coca-Cola, fast-moving clothing brands such as ZARA and Uniqlo have become popular around the world, and famous short video sharing apps originating from China have also gone global. The phenomenon of globalization of consumption has also penetrated into the home furnishing industry, with IKEA as the representative of the Nordic minimalist home furnishing design sweeping the world, the smart bathroom developed in Japan becoming a living fashion in China, Europe and the United States, and Chinese style furniture has also become the preferred choice of new home buyers in the West.

In the sanitary industry, Bravat, which possesses both eastern and western DNA, is one of the earliest enterprises to realize manufacturing globalization, and this manufacturing mode also enables Bravat to take the lead to go out of the single country market and realize globalization in export and sales.

In recent years, Bravat has been involved in many key projects, including the Park Hyatt Auckland, the designated reception point for the 2021 APEC summit, the world’s first luxury hotel across the F1 track, the Yas Viceroy Hotel Abu Dhabi, and Singapore’s Kingfisher New View, which won the best architectural design award of the year, etc. Bravat’s product penetration into the global market is accelerating. 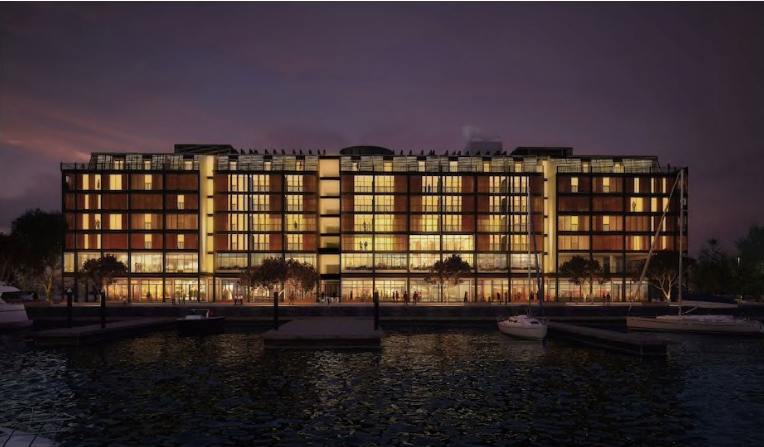 Bravat’s global development strategy and universal design is the result of its ability to be used in famous buildings of different styles in the East and West. So far, Bravat has been involved in projects all over China, Malaysia, Singapore, Dubai, Germany, Egypt, New Zealand and other Eastern and Western countries, providing high quality and humanized bathroom and home furnishing products for global users through cross-border cooperation.

Of course, based in China for 20 years, Bravat has also been deeply involved in China’s development. So far, Bravat has not only established a deep cooperation relationship with the leading real estate enterprises such as Bi Guiyuan, Evergrande, Poly and Baoneng, but also was awarded as “Ceramic Sanitary Ware Category (Foreign Brand)” by China Real Estate Industry Chain Strategic Integrity Supplier. In addition, the “One Belt, One Road” development strategy led by China has brought unprecedented development opportunities to more than 60 countries around the world, and many of these countries are important partners of Bravat. 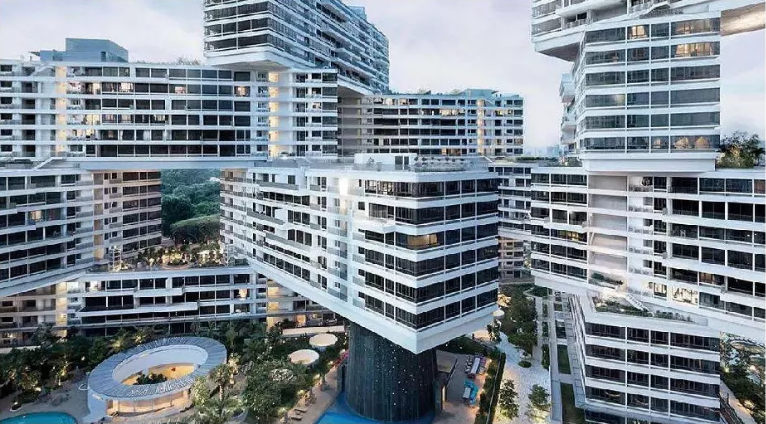 Bravat’s products are penetrating the global market, from global product design to sales network in both East and West, and the combination of user care, technology-based products and design art has further deepened the recognition of Bravat users around the world. Wanyi Guo, Bravat China Chairman, previously stated that Bravat will combine in-depth insight into users with a dedicated and professional attitude, and provide a range of support to global partners to provide users with high quality products.

True to this, Bravat’s products have now covered a wide range of series such as bathroom, fitted bathrooms, fitted kitchens, household refurbishments and touch-free new homes. After receiving two global design awards in the East and West, we expect Bravat to perform even better.

Share:
PREV： Alert! Shanghai Found A Faucet With More Than 1 Times The Standard Of Lead Segregation
NEXT： Vietnam’s Export Value Of Kitchen And Bathroom Cabinets Increased By More Than 80% Year-On-Year In The First Nine Months Of The Year