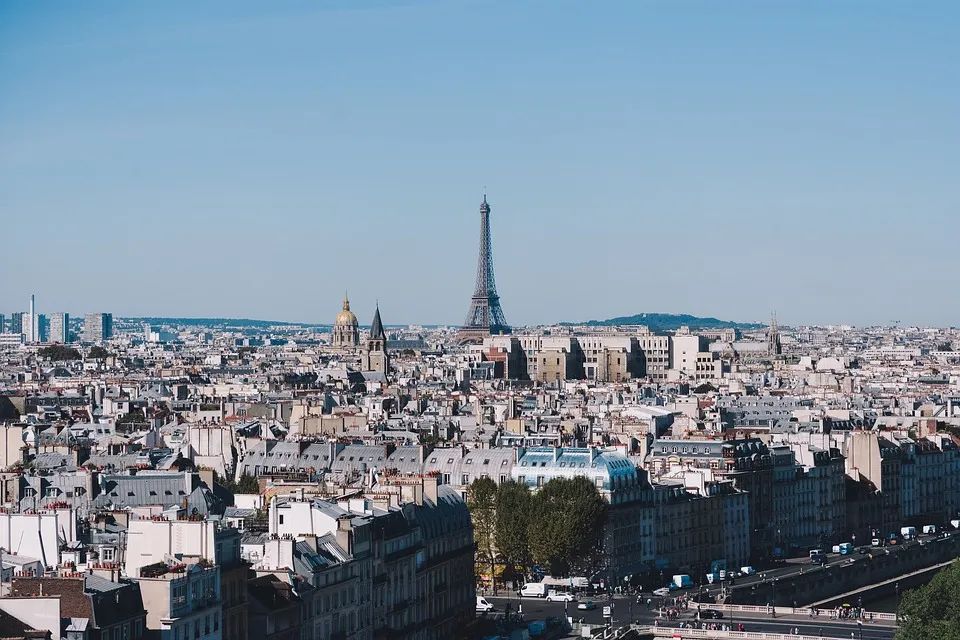 This article is compiled by Fnas, Afisb research report

The French sanitary and HVAC trade union Fnas published in early June the results of the ONTSBTP 2020 pilot study on sanitary and heating wholesaler purchasing. The total professional distribution purchasing market fell by 3.4% to €4 billion: €2.27 billion for heating, €1.19 billion for sanitary ware and €620 million for plumbing. In particular, the purchase volume of the bathroom market fell by 6.3% (+4% at 2019). 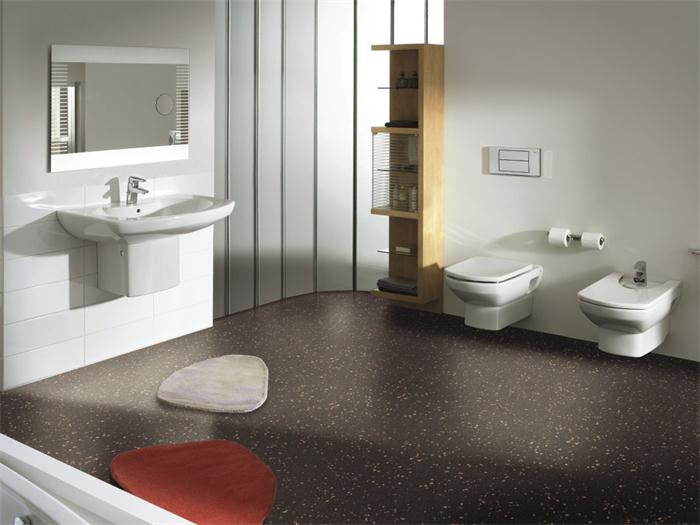 At the same time, according to the French bathroom association Afisb reported that the bathroom industry as a whole was in decline, with sales decreasing by 5.4% to 1.697 billion euros. Among them, sales of sanitary ceramic products were 237 million euros, down 8.5% year-on-year, and sales volume fell by 8.3%.

The overall situation of the bathroom market 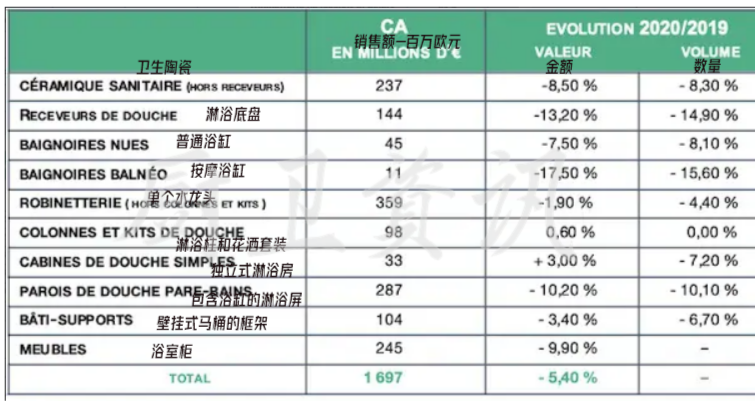 Freestanding showers grew by 3%, and shower sets grew by 0.6%. The market for shower columns, fittings and shower sump accounted for 44% of the bathroom market value. Despite the decline in shower screen sales, average prices are also declining due to the impact of strong growth in private label. 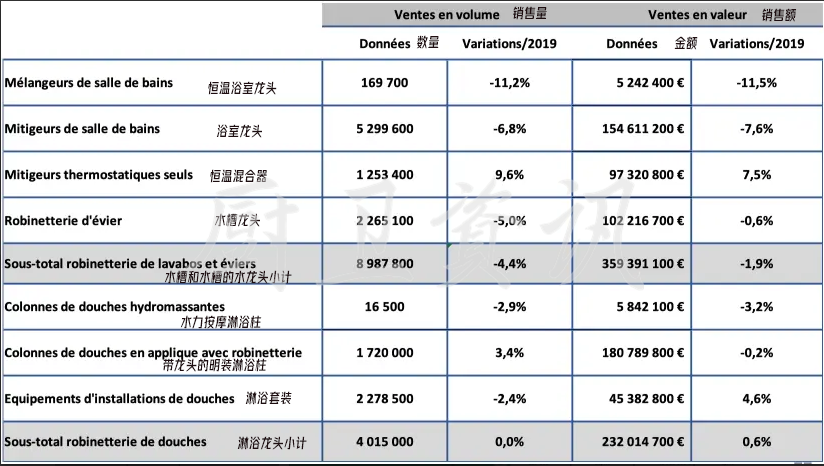 The overall market for shower screens declined by about 10%, with shower doors (doors only) down 11.8% and semi-fixed shower screens without doors into the wall down 5.7%. With the popularity of open showers in France, they represent 31% of the installed shower market (excluding bathtub screens). 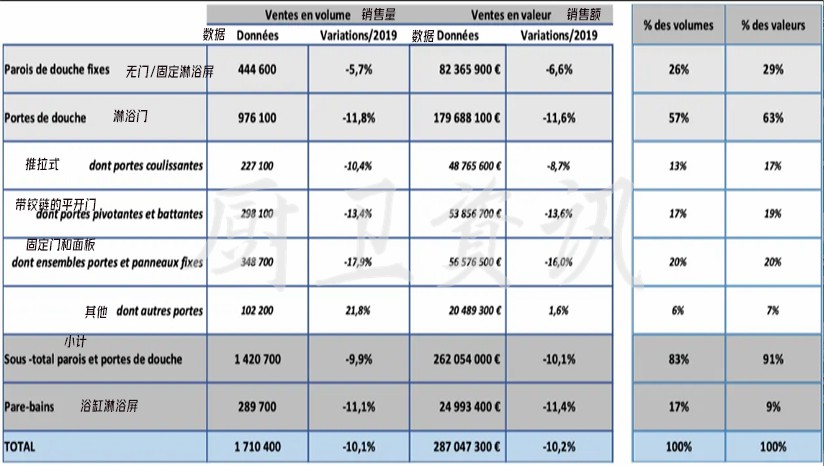 The popular bathtub materials in France are mainly acrylic, resin and cast iron, of which acrylic and resin bathtubs account for 83% of the bathtub market, including sales of €4,518,500 in 2020, with a volume of 369,400 units. 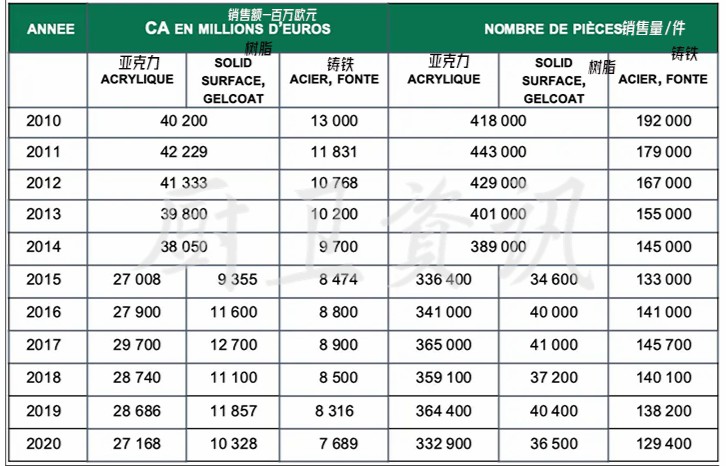 Share:
PREV： China Accounts For About 85% Of The Global Porcelain Fixed Sanitary Equipment Export Market In 2020
NEXT： Jomoo Launches Intelligent Circuit Renovation Service, Leading The Industry To A New Benchmark Of Intelligent Upgrade