On July 10, “Chinese core, honor the centuries” Jomoo’s intelligent manufacturing led the global shopping live festival with omni-channel sales exceeding 1.545 billion yuan, which received attention and praise from the industry. During the festival, Jomoo and Siemens officially launched the carbon neutral strategy. According to the carbon neutral development implementation plan announced by Jomoo, Jomoo will complete the guideline planning and carbon neutral calibration of major scenarios in a short period of time. It plays the role of a leading company to take the lead and lead the industry upstream and downstream to start carbon neutrality. It will then complete target setting and implementation path mapping, and deeply participate in the standard setting process of the building materials industry, paving the way for the overall carbon neutral development of the industry. 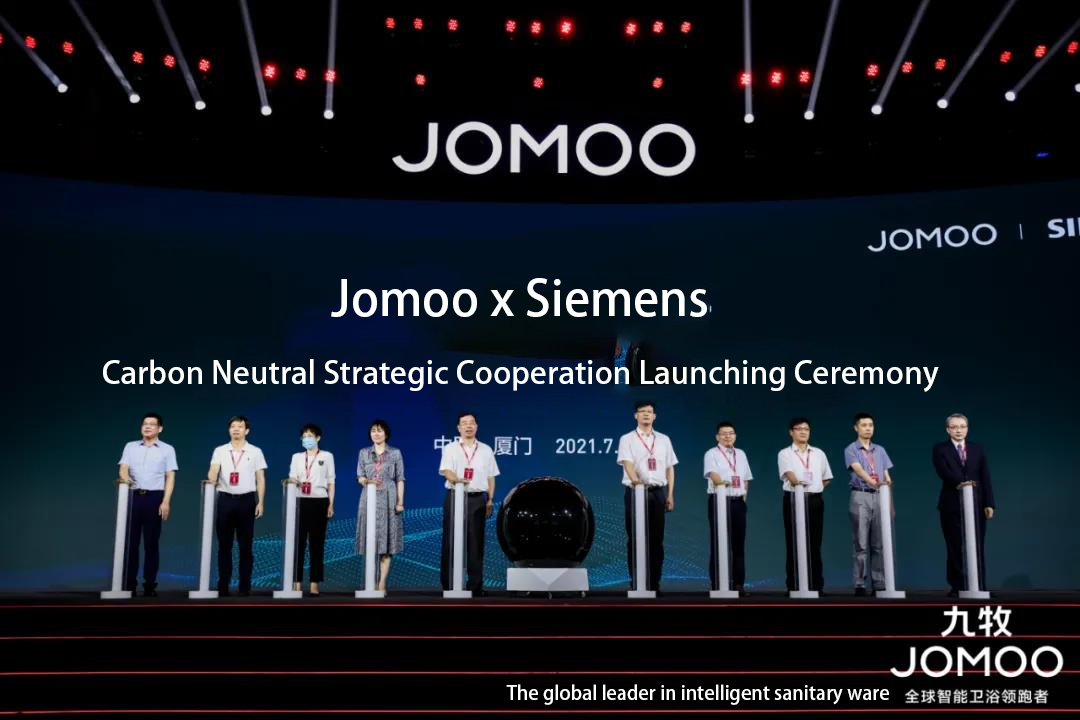 On July 13, with the theme of “go forward” Huida Sanitary 2021 marketing work conference was held in the group headquarters! They work together on the first half of the marketing work to review the summary, and the second half of the marketing plan for the arrangement and deployment. Market-oriented, to meet the diversified needs of consumers for a better bathroom life, is still the main tone of Huida’s product strategy for the second half of the year. For the “value is justice” of the retail market, it focuses on creating a style personification of the star product. It is for the special needs of home improvement channels and engineering channels, the introduction of “package” and “functional” scenario solutions. 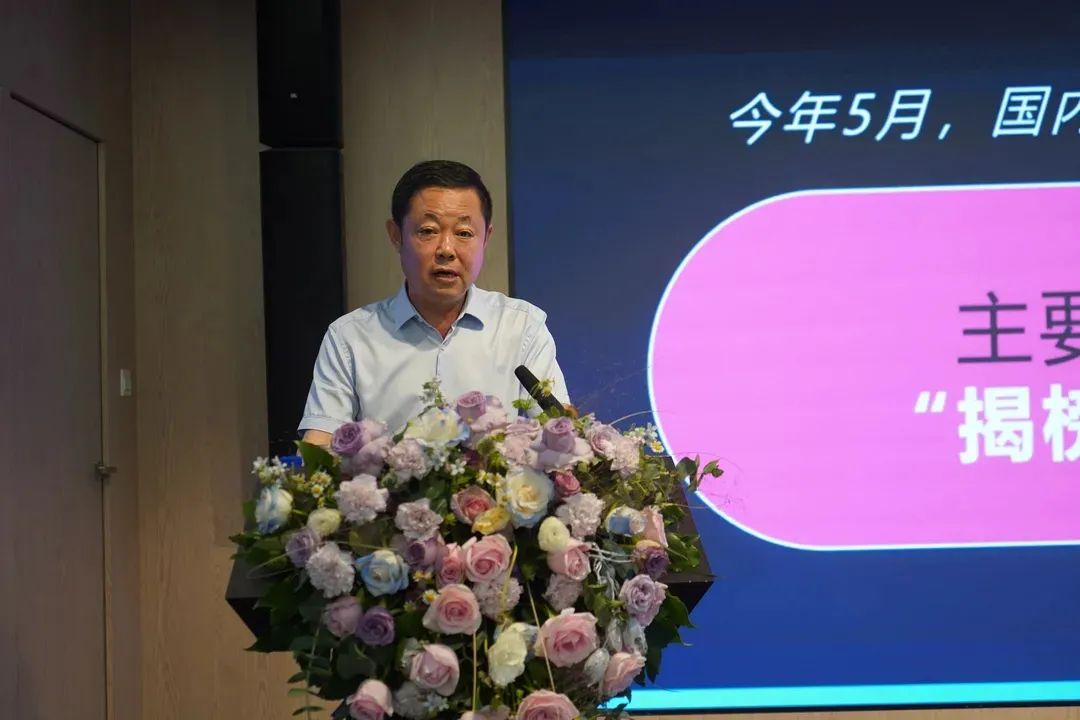 On July 12-13, 2021 Arrow provincial training and provincial promotion kick-off meeting was held in Suzhou, Jiangsu Province. On July 14-15, the 2nd Arrow Smart Life Festival (Shandong Station) provincial training and promotion kick-off meeting was held in Tai’an, Shandong Province, where Arrow bathroom, tile and home customization categories were linked together and manufacturers joined hands to gather at the foot of Mount Tai. With the theme of “Arrow Smart Life Festival”, they jointly sounded the battle cry of the linkage between the two provinces. Through the opportunity of the launch meeting, multi-dimensional resources were concentrated to promote and create momentum. The terminal stores shared the advantages of the brand, forming a strong synergy to win the terminal market and create brilliant marketing achievements. 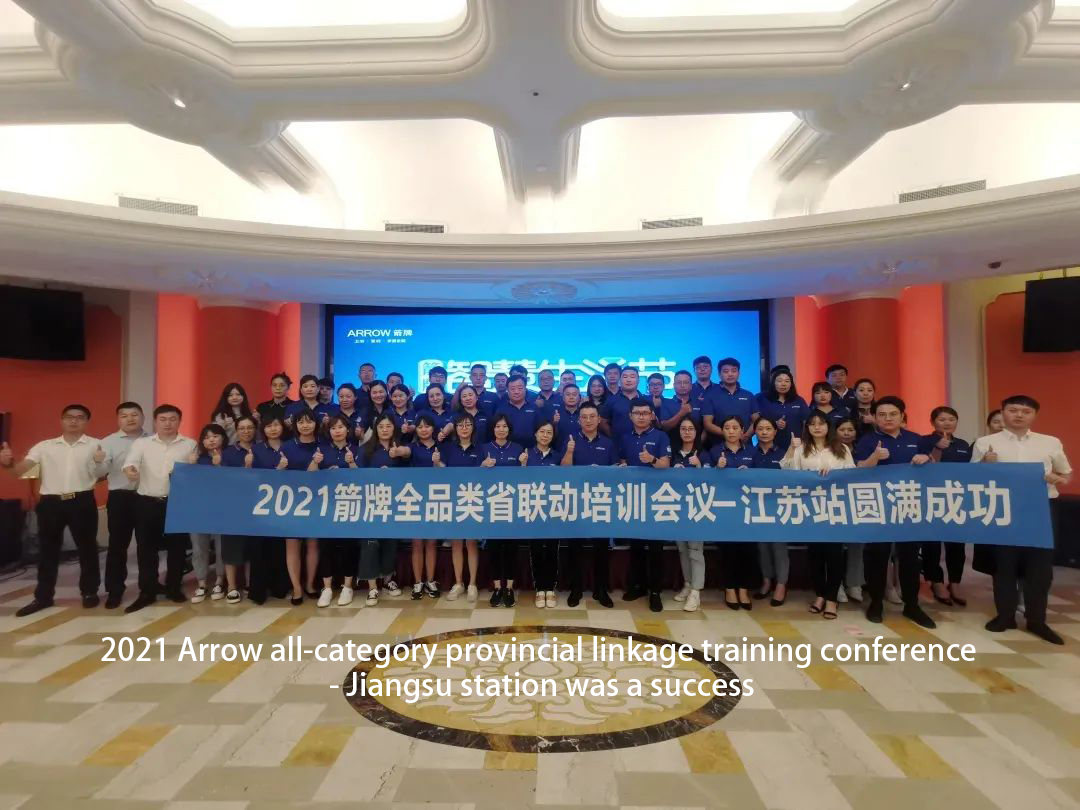 Hegii intellectual manufacturing base was selected as one of the “Most Beautiful Factories in Foshan”.

Recently, Nanfang+ launched a campaign to find “the most beautiful factory in Foshan”, collecting a number of “the most beautiful factory” works for Foshan sanitary ware, home appliances, ceramics, equipment and other manufacturing industries. The works show the beauty of Foshan manufacturing industry from four dimensions: “intellectual beauty”, “innovative beauty”, “humanistic beauty” and “environmental beauty”. The factory has been transformed. After the initial selection, Hegii’s intelligent manufacturing base became the only sanitary ware company to enter the final selection process of the “Most Beautiful Factory in Foshan”. Hegii’s core value of “Four Satisfactions” has given inexhaustible impetus to the healthy and rapid development of the company.

On July 12, 2021 Dongpeng whole bathroom second half of the planning conference was successfully held, Dongpeng Holdings Chairman He Xinming, Dongpeng Holdings Secretary of the Board of Directors and Vice President Huang Zheng, Dongpeng whole bathroom General Manager Shi Jinping and senior management of the functional departments of the Division participated in this meeting. They jointly reviewed the work achievements in the first half of the year, planned and deployed the key work in the second half of the year, clarified the target and pointed out the direction. 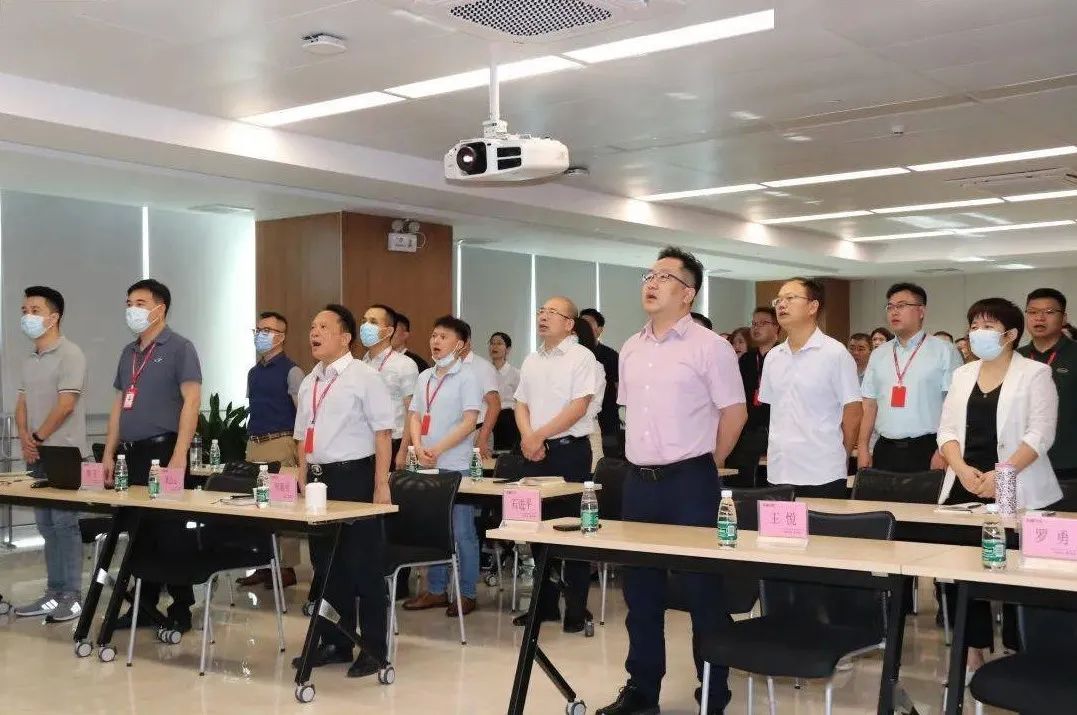 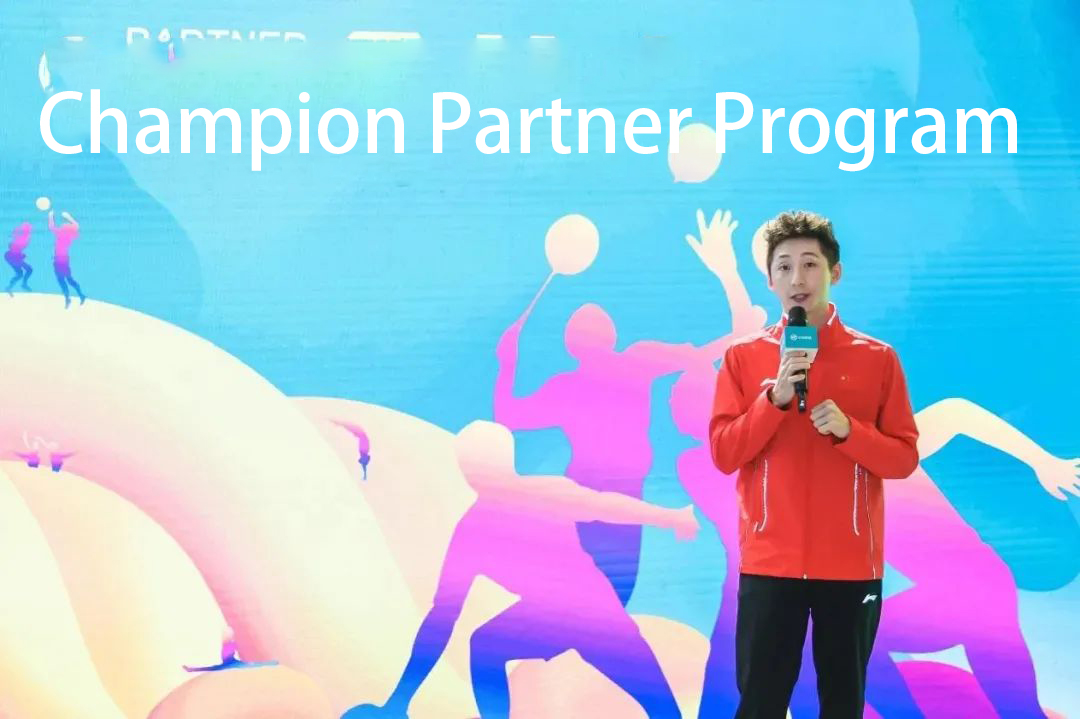 On July 12, 2021, Sun-Coo Art Center inauguration ceremony and the launch of the second Sun-Coo Sanitary Fashion Festival was held at Sun-Coo Sanitary Headquarters in Sanshui, Foshan. Leaders, media and dealers gathered to witness the brand event of Sun-Coo bathroom. Adhering to the original intention of creating high-grade bathroom space with art and fashion, Sun-Coo Art Center integrates Sun-Coo Art Museum, Pottery Museum and bathroom exhibition hall. It adopts the international design approach, simple atmosphere, full of beautiful and romantic atmosphere, so that art can be integrated into the living scene. It creates a scenario-based and immersive experience feast for every audience who is in it. 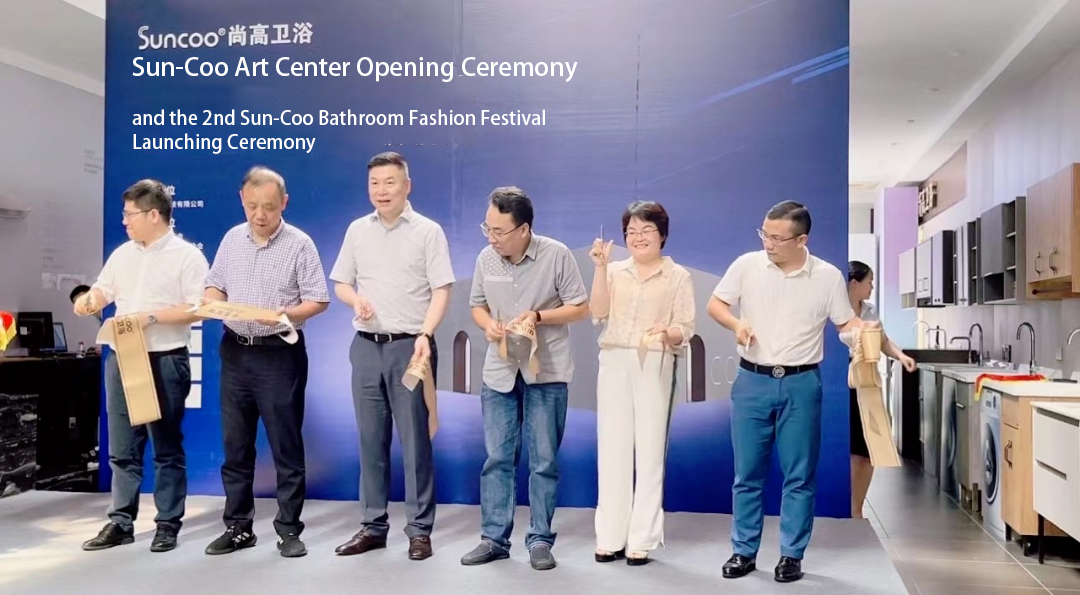 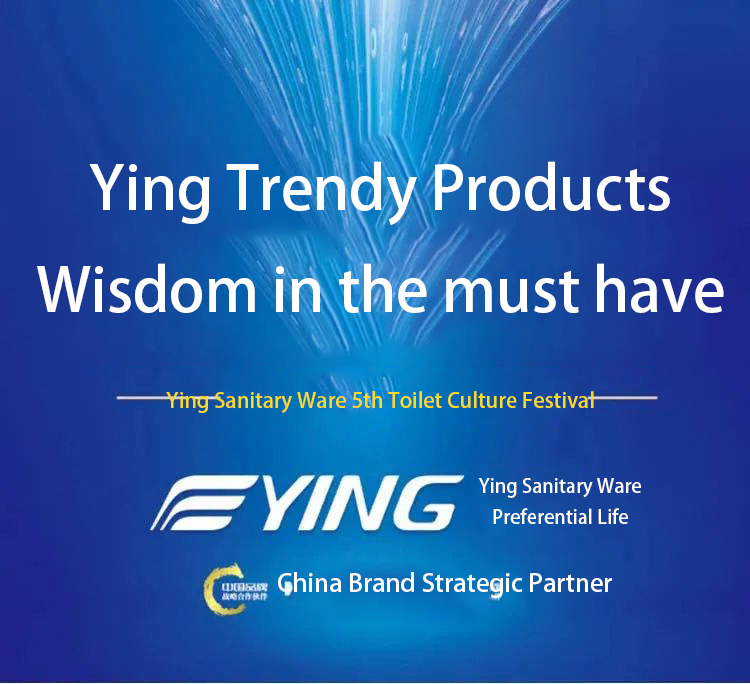 On July 12, 2021, the sales department of Laibodun Marketing Center held a mid-year summary work conference. Director of Sales Department, Mr. Li Zhiru, Vice President of Sales Department, Mr. Li Zhuangzhi, as well as all regional leaders and related business personnel attended the meeting together. At the meeting, Sales Department Director Li Zhiru conveyed the task direction of the company in the second half of the year. They also reviewed the work of the department in the first half of the year from various aspects such as sales summary, future planning, sales management, task completion, and existing problems. They also made reference to the target tasks issued by the company and the completion of each region to make a comparison and analysis, find deficiencies, and jointly develop annual planning and vision for the second half of the sales work. 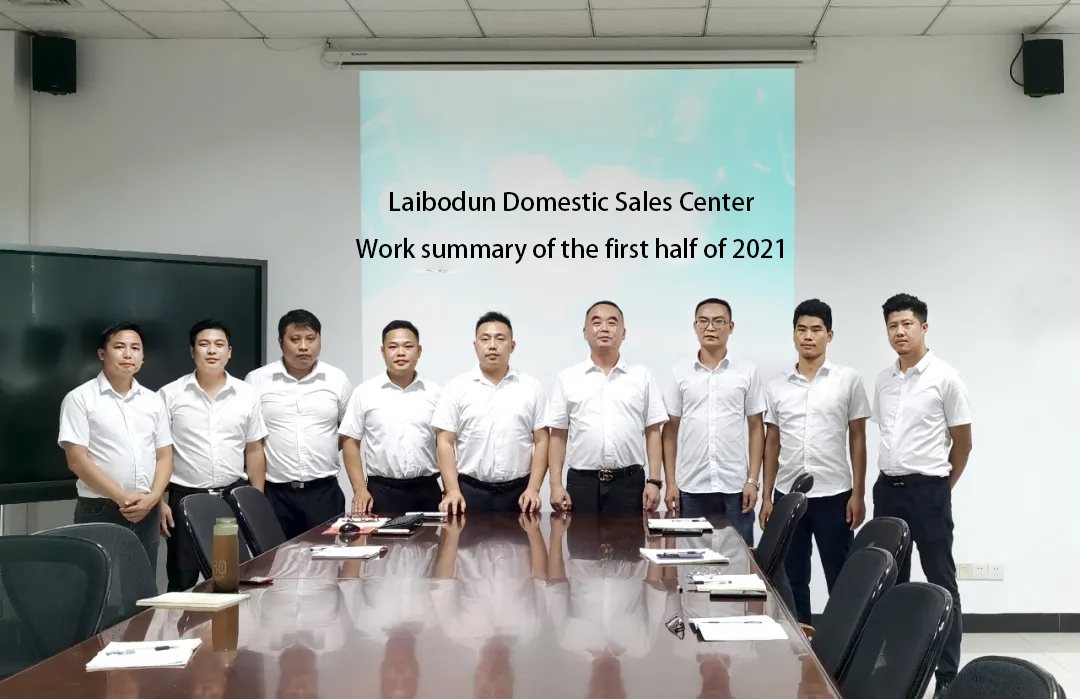 In order to commemorate the 22 years of consistent focus, Gold Sanitary Headquarters relaunched the 22nd anniversary promotion activities. The whole activity is led by Gold bathroom headquarters, and the unified devolution of subsidies to benefit the terminal. The terminal stores responded positively and launched overlapping preferential policies to increase the promotion. In addition to this, the brand headquarters also sent marketing elites to the store to help. In addition to supervising the implementation of the unified promotion, they also assist stores to do a good job in market development and daily management according to the local market situation. With the unified material atmosphere arrangement and store decoration have been launched around, coupled with a variety of outdoor advertising put online one after another, Gold bathroom information of this activity has attracted the attention of many consumers. 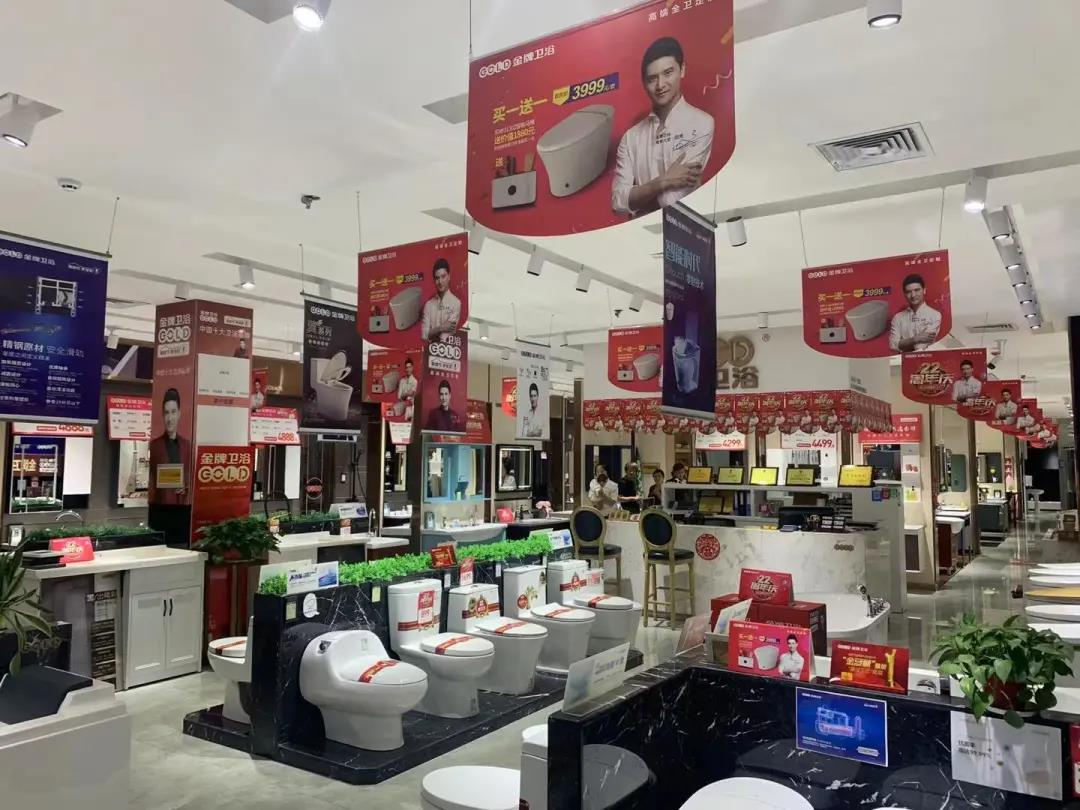 Recently, Aosman marketing center held the overall mid-year work summary meeting. At the meeting, they reviewed the specific work of Aosman Sanitary Ware in the first half of 2021 and made a specific analysis of the implementation results of the annual work plan formulated by the company, and made a specific deployment and outlook for the work in the second half of the year. General manager Mr. Han Yuanlin expressed his approval to the team about the overall orderly implementation of the work in the first half of the year and the achievement of the three KPI indicators in the first half of the year, and asked the departments at all levels to maintain a good development trend and ensure the completion of the set targets for the year. 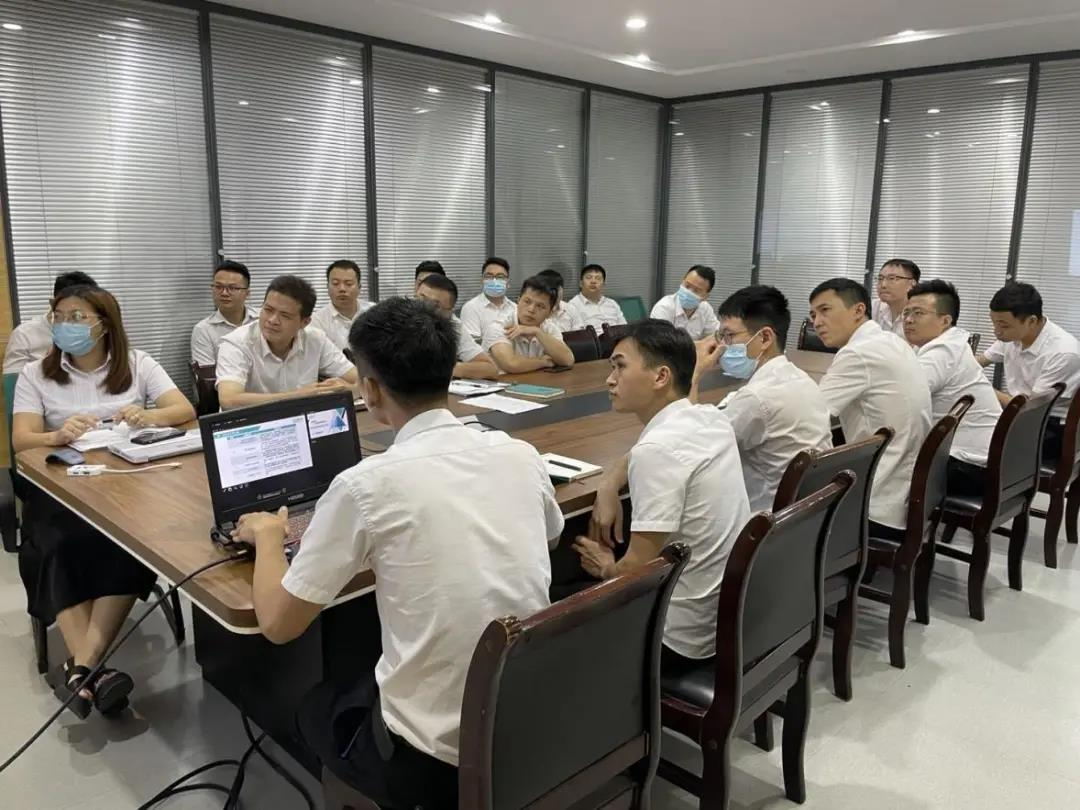 In order to encourage individuals and groups who love trendy culture to show their personality and charm, and advocate young families, children and youths to enjoy quality life by means of healthy sports, Kohler especially launched the “Kohler Tidal Wave Dryness Project”. Taking street dance events as the starting point, focusing on young groups and creating a youth culture carnival with a strong sense of experience such as integration of events, trends and fashion. It is reported that the event will be held on August 7-8, 2021 at “Baoneng – First Space”. China’s first world street dance champion Li Bingbing, all-round senior female dancer Guo Yin’er, STO Crew, BREAKING, China national team contracted dancer Fu Zhentao and other luxury star judges will be strong support. 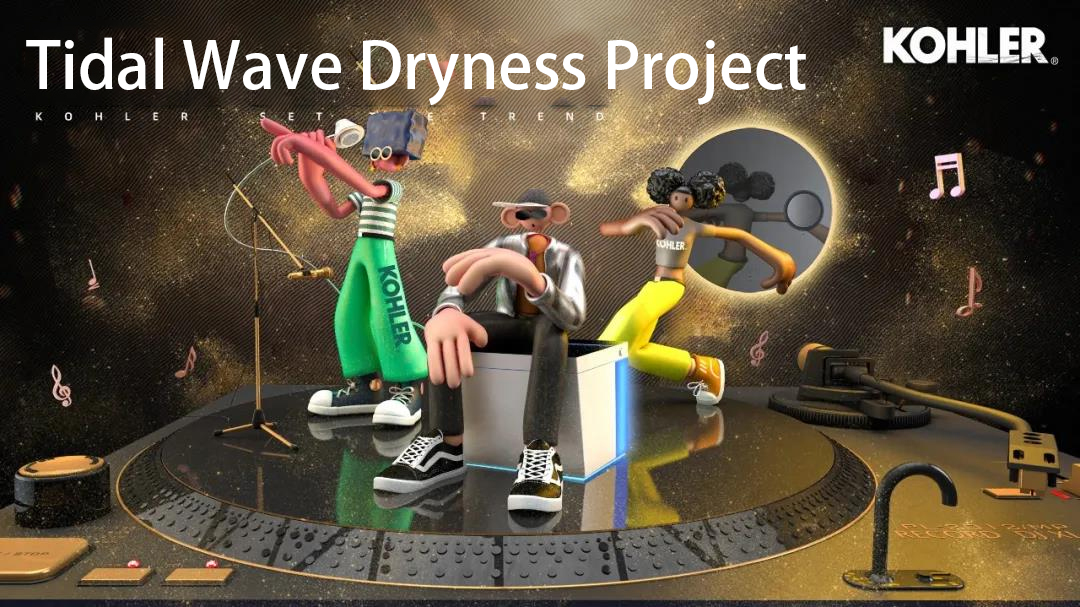 Recently, the Zaoyang store of Juran House made many merchants sleep and eat without warning with a “store closure announcement”. According to the local media, more than 100 merchants’ business was affected and they complained to the media collectively. At present, the store refuses to negotiate, and the relevant departments have not seen any intervention. According to Mr. Xi, who operates an integrated stove, the Juran House Zaoyang store has more than 100 merchants, each with a minimum loss of 200,000 yuan, and some with losses of millions of yuan. Some merchants have only taken over the store is still renovating has not yet opened for business. There are also businesses that have only been open for two or three months, and these merchants have suffered the heaviest losses. (Source: Extreme News) 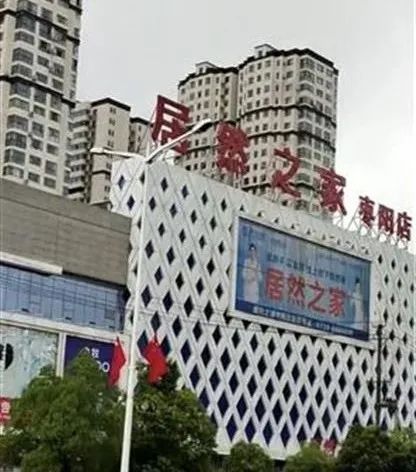 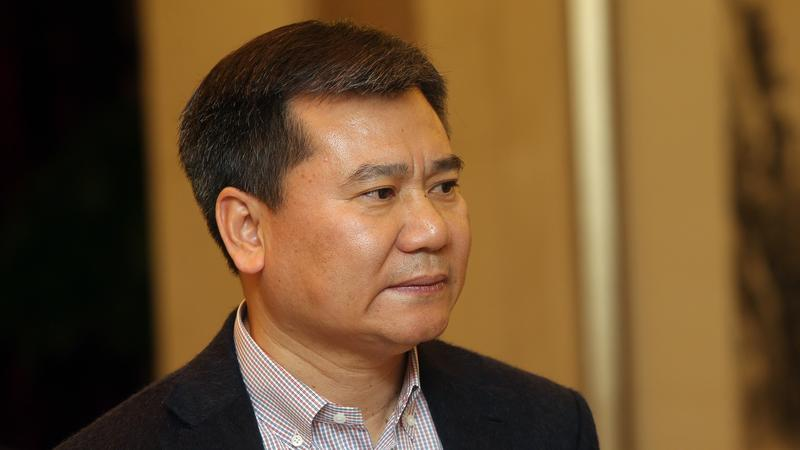 It is reported that France Wirquin bathroom Wirquin plans to relocate the production of its shower floor drain series back to France, these products were produced by Wircon (China) Sanitary Ware Co. For why the relocation, Wirquin vice president Grégory le Coënt said in a media interview that their aim is to reduce intermediate costs. Since last year, the high cost of transportation and various intermediate costs have further pushed up the cost of globalized trade. However, kitchen and bathroom information consulted the water parts and other plastic products professionals pointed out that the low line of international bathroom brands in the Chinese market is not very competitive.

On July 12, Changsha County Chuangjuhui Home Building Materials Commercial Center officially started its construction. In the future, a full-stop home building materials commercial complex integrating intelligence, Internet of Things and C2M will be newly unveiled, which is expected to create nearly 3 billion yuan of retail sales of social consumer goods for the street of Changsha. It is reported that Chuangjuhui home building materials commercial center has a total investment of 1 billion yuan and a total construction area of 120,000 square meters. This is a major project in the core development area of the street’s new garden city. The advantages of the four overlapping zones of the Free Trade Zone, the New High-speed Railway Zone, the Economic Development Zone and the Airport Economic Zone are obvious.

– The compilation of the White Paper on the Compliance of China’s Building Pottery and Sanitary Industry 2021 was officially launched.

– Fujian Provincial People’s Government released a plan that the scale of the province’s building materials industry is expected to reach 620 billion yuan by 2025. The future will guide Jomoo and other key enterprises to develop and apply technologies such as intelligent production of sanitary ceramics, focusing on the development of intelligent, water-saving, lightweight sanitary ceramic products.

– Changhe Town, Cixi City, Ningbo, was awarded the title of “China’s Shower Township”. At present, there are more than 600 shower manufacturers in the jurisdiction, with an annual output of about 600 million showers, accounting for about 35% of the total domestic production. 2020, the town’s shower-based sanitary products output value of 4 billion yuan.

– The sponsor representative of R&T’s continuous supervision was changed to Li Xiaofang.

– Duravit’s French factory increased its investment by 2.7 million Euros and employees are required to work 40 hours per week.