2022-09-02 No Comments Gloria Kwong News
Recently, a number of Japanese sanitary ware companies have successively reported that there are a large number of counterfeit faucets filter elements, water purifier filter elements and other products on the market.
Counterfeit products are mostly sold on e-commerce platforms and have been distributed to many countries in Asia
In addition, many companies also reported finding illegal products such as counterfeit shower heads, counterfeit tile adhesives, and counterfeit ceramic knives.
Some companies call on consumers to be more vigilant and try their best to make purchases through official websites or directly-operated stores.

On July 20, TOTO issued an announcement saying that it found counterfeit “TOTO” brand faucets filter products on the market.
TOTO said that counterfeit products are mainly sold on some well-known large e-commerce platforms, but did not disclose the specific platform names.
TOTO advises consumers that if there is a problem with the product purchased, it is best not to use it for safety and health reasons. 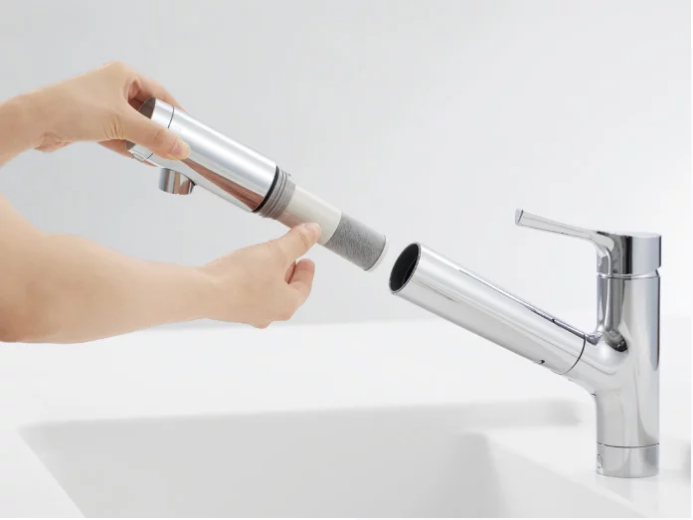 Coincidentally, another building materials giant LIXIL also issued a similar announcement not long ago, saying that the company received complaints from consumers that it bought counterfeit “LIXIL” brand faucets filter products on e-commerce platforms.
LIXIL said that in the past, such counterfeit products could be distinguished from the packaging, such as unnatural expressions in Japanese, but now it is difficult to distinguish from the packaging.
LIXIL detailed the characteristics of counterfeit products:
1. The price is much cheaper than the genuine product;
2. There are differences between the outer packaging font and the genuine product;
3. The product cannot be installed normally;
4. There are differences in internal materials and shapes.
LIXIL said that although the company has requested platforms that sell counterfeit products to remove related products from the shelves, it has not been able to completely remove them because of the application for each removal.
Call on consumers to buy from self-operated websites or regular stores.

In the past, made in Japan was synonymous with high quality, which led to the prevalence of counterfeit goods, and some unscrupulous merchants put Japanese brand trademarks on their products for sale. For example, it was reported last year that some consumers in Shanghai bought a counterfeit “TOTO” brand toilet on an e-commerce website.
A urinal with a purchase price of more than 200 yuan can be sold for more than 400 yuan after labeling, and a toilet with a purchase price of more than 1,000 yuan.
Obviously, high profits are the reason why these unscrupulous merchants take risks.
In fact, the reputation of “Made in Japan”, which once dominated the world with its “craftsman spirit”, has continued to decline in recent years, and “Made in Japan” has returned to its original position.
It can be seen from the sales data of many listed sanitary companies in Japan that the Chinese market’s enthusiasm for Japanese sanitary ware products has tended to decline, and consumers are more willing to choose domestic big-name products.
However, it cannot be denied that due to “consumption inertia”, many consumers still prefer to choose Japanese and other foreign products. It is believed that the process of common development and common progress of domestic and foreign brands will continue for a longer period of time.
If you are looking for some high quality, please feel free to contact with VIGA