China Import and Export Fair is the Guangzhou Trade Fair, referred to as the Canton Fair, and the English name is Canton fair. Founded in the spring of 1957, it is held in Guangzhou every spring and autumn. It has a history of 57 years since 2014. It is the longest, highest level, largest scale, the most complete variety of goods, the largest number of merchants, and the transaction effect. The best comprehensive international trade event.

Since the 101st session on April 15, 2007, the Canton Fair has been renamed as China Import and Export Fair by the China Export Commodities Fair, and has changed from a single export platform to a two-way trading platform for import and export. October 15, 2012, the 112th Canton Fair was opened. Although the global market is still in a state of continuous cooling, the traditional advantages of China’s foreign trade development have not been fundamentally weakened.

The China Import and Export Fair has a flexible and diversified trade style. In addition to the traditional look-and-feel transactions, it also hosts an online trade fair (Virtual Expo, Online Exhibition). The Canton Fair is mainly engaged in export trade and also engaged in import business. It can also carry out various forms of economic and technological cooperation and exchanges, as well as business activities such as commodity inspection, insurance, transportation, advertising and consulting. Merchants from all over the world gathered in Guangzhou to exchange business and enhance friendship.

After the founding of the People’s Republic of China, in November 1949, under the US proposal, an international organization “Output Control Coordinating Committee” that imposed embargoes and trade restrictions was secretly established in Paris. In 1951, the United States also manipulated the United Nations to impose an “embargo” on China. “proposal. In order to break the blockade, develop foreign trade, and exchange foreign exchange, which is in urgent need of national construction, the new China is unwavering. Therefore, the establishment of the Canton Fair in Guangzhou, which is close to Hong Kong and Macao and has a long history of foreign trade and an important starting point for the Maritime Silk Road, has become the best choice. The Canton Fair, which was founded in Guangzhou in April 1957, was first called the China Export Commodities Fair. Premier Zhou Enlai proposed to be referred to as the Canton Fair. The Canton Fair has become the era window for the new China to break through the Western economic blockade and political isolation, open the door to the world, and equality and mutual benefit with each other, mutual exchange and foreign trade.

After 61 years of reform and innovation, the Canton Fair has undergone various severe tests and has never been interrupted. It has strengthened trade relations between China and the world, demonstrated China’s image and development achievements, and is a high-quality platform for Chinese enterprises to explore the international market. Strategic guided demonstration base. It has become the first promotion platform for China’s foreign trade, a barometer and a weather vane for China’s foreign trade, and a window, a microcosm and a symbol of China’s opening to the outside world. As of the 123rd session, the cumulative export turnover of the Canton Fair was about 1,233.7 billion US dollars, and the total number of overseas buyers was 8.42 million. At present, the scale of each Canton Fair is 1.185 million square meters, with nearly 25,000 exhibitors from home and abroad, and about 200,000 overseas buyers from more than 210 countries and regions.

The Canton Fair is held in three phases. Each period has different scope of participation. Friends who want to come to participate need to be prepared in advance.

VIGA has 10 years of experience in sanitary ware. We specializes in high-quality basin faucets, chrome-plated faucet tap, pull out kitchen faucets and 38 degree Thermostatic Mixer and There are about 60 series environmently friendly faucets mixer etc., and VIGA has participated in many Canton Fairs.

have met many customers and friends， VIGA faucet was selling out to many coutry. and The autumn Canton Fair is coming soon, and Viga sincerely invites you to visit our factory. 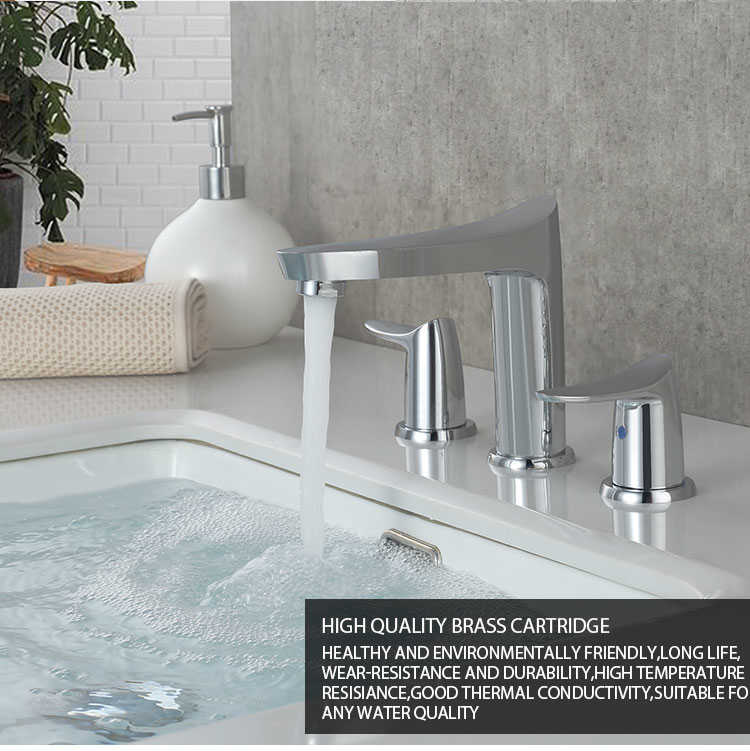