Export | Analysis Of The Main Competitors In The European Shower Tray Market: Few Manufacturers, Many Brands

Export | Analysis Of The Main Competitors In The European Shower Tray Market: Few Manufacturers, Many Brands 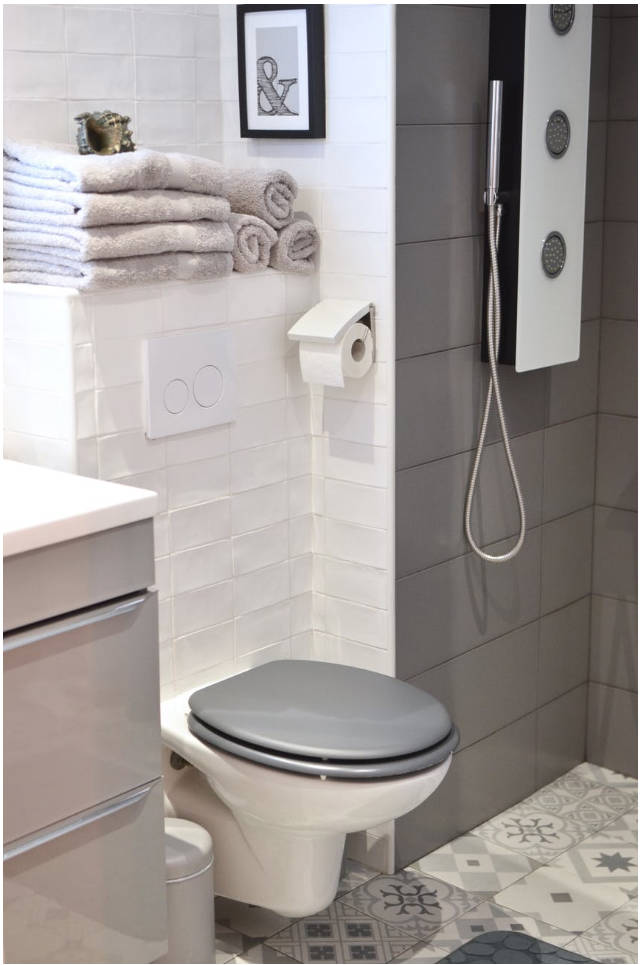 Due to the lack of sanitary ceramics, stone and other factories in France, products made of related materials are concentrated in the southern European region. As a result, sanitaryware made from synthetic materials ranging from acrylic to PVC floods the local market. Spain alone has dozens of factories, most of which are export-oriented, including shower enclosures, furniture, other bathroom fitters, etc.

However, in terms of the category of shower trays, there are many brands on the market, but not many manufacturers produce them. There are currently four main factories producing them, Marmite, Acquabella, McBath, and F&D. The largest of these is the Polish company Marmite. This company mainly OEMs and supplies other brands to local building material supermarkets and distributors. The company has a turnover of €170 million in 2020. These four occupy a major market share in the local engineered bathroom sector, with a 60-80% market share in synthetic shower trays.

As far as the development of the local shower tray industry is concerned, integral sanitary ware companies that are online in the shower tray category still face many problems in actual production and are relatively less competitive than companies that specialize in shower trays. Secondly, most private label shower trays are still produced in Europe. It is worth noting that there is an increasing trend in the number of shower trays exported from Asia (mainly China) to Europe.

Kitchen and Bathroom News observed that the old shower trays were gradually phased out as the old-style shower trays became more complicated to maintain and the popularity of the minimalist style of shower. Within the last five years, minimalist shower trays have started to show growth. In addition to export manufacturers of the original single category, shower manufacturers such as Lepton are targeting this change in the European market. They are starting to bring secondary product categories online for their main categories. At present, a small number of domestic shower trays are used for domestic sales outside the home improvement market and most are exported overseas. 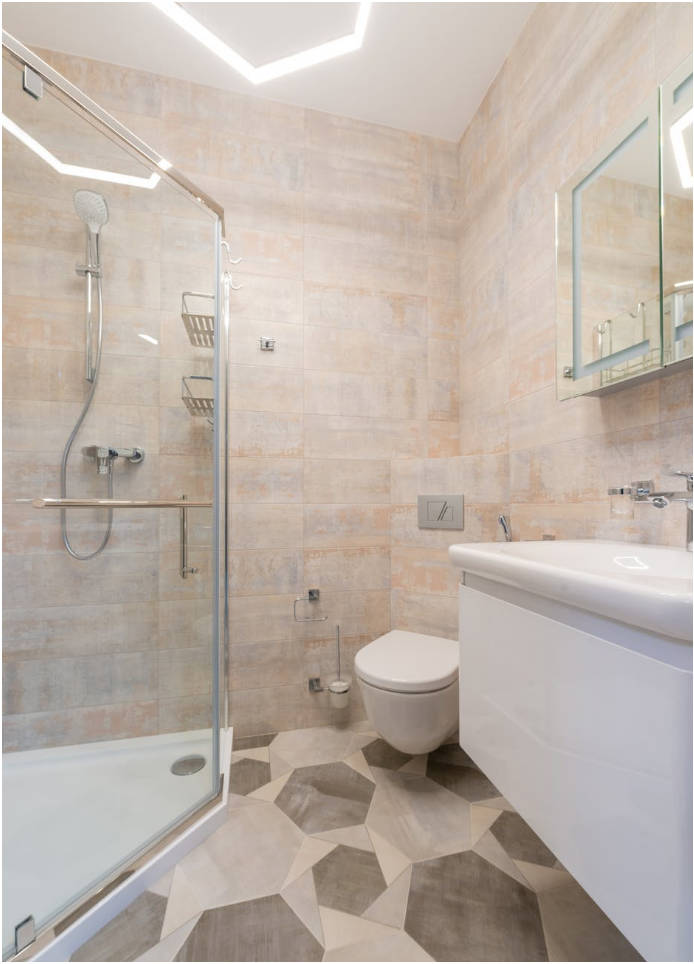 A Major Consumer Of Synthetic Products

France is the European country with the best integration of synthetic materials. Synthetic materials are used not only for vanity tops but also for shower trays. The increase in the number of building material superstores “has contributed to the diversification of the French sanitary ware industry”. They are also complementing the existing market for ceramic sanitaryware thanks to the properties of synthetic materials themselves.

So, have synthetics become the main sanitaryware material in France? According to a study by Afisb, the French sanitary ware association, this is indeed the case. But there are other studies that suggest that ceramic still holds a major market share. Afisb figures show that the market for shower trays is between 1.1 million and 1.2 million units, of which 45% is ceramic and 50% is the market for synthetic materials such as acrylic and resin, while sales are around 120,000 units.

Due to environmental requirements such as zero carbon emissions, the number of energy-intensive ceramic factories in France is decreasing and there is only one regulated sanitary ceramic factory left. As a result, the market share of ceramic materials, with the exception of synthetic materials such as acrylic, is gradually shrinking. Currently, the French market for ceramic shower trays is dominated by two brands: Geberit and VitrA (also doing OEM). Cast iron shower trays, on the other hand, still retain part of the market, with sales volumes of between 5,000 and 8,000 units, supplied by Roca, Caldew and Bette. 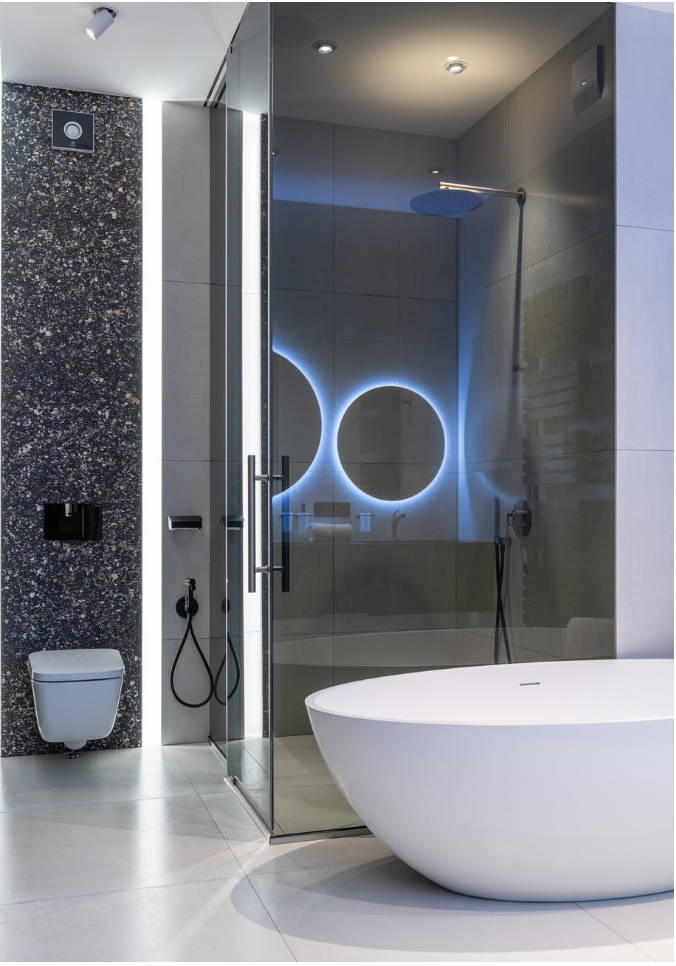 Growing Demand For Personalisation In Europe

There Is A Big Market For Customisation

After several years of customization ferment in the Chinese market, essentially most major companies are offering customized solutions. In Europe, on the other hand, the customization trend is also on the rise.

Due to logistical and after-sales considerations, existing European manufacturers are planning to further improve the abrasion and impact resistance of synthetic shower trays and to reduce their weight. This continues to be a challenge for installers. The current popular size is 120 x 90 cm and weighs between 40 and 50 kg. However, too little weight affects the look and feel and the experience of use. ABS, polyurethane, recycled PET material from plastic bottle caps, resin and other diversified synthetic materials such as Flight, Kinedo and Aquarine (Toplax) dominate. At this year’s Kitchen & Bath Shanghai, Kitchen & Bath Info also noticed an increase in the number of transparent colored sanitary ware made from resin materials. Most of the bathroom cabinets and integral sanitary ware booths were paired with resin material sanitary ware such as large red transparent bathtubs and dark curry transparent basins. It was noted that there are few domestic manufacturers making resin sanitary ware to talk about.

Finally, it is worth noting that the demand for personalization is on the rise in Europe. 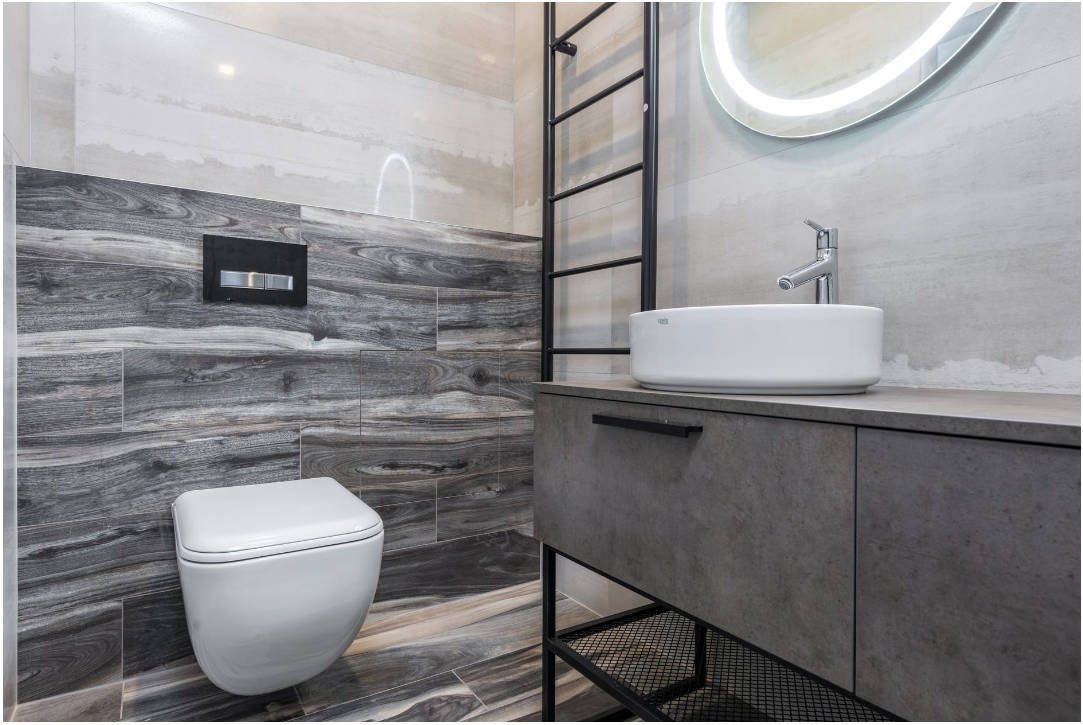 Due to the growth in the trading of personalized products, safe delivery is becoming increasingly important for manufacturers due to storage and transport considerations. In addition, for the same price, service is becoming increasingly important in a competitive market. At the same time, European e-commerce is pushing local sanitaryware brands to open up new sales channels.