Jomoo brand value has hit a new record high again. It has become the most valuable bathroom brand in China again with 50.578 billion yuan, the first in the industry for ten consecutive years. On June 22, World Brand Lab, the world’s authoritative brand value assessment agency, announced the news in Beijing and praised Jomoo for already having a strong global influence. 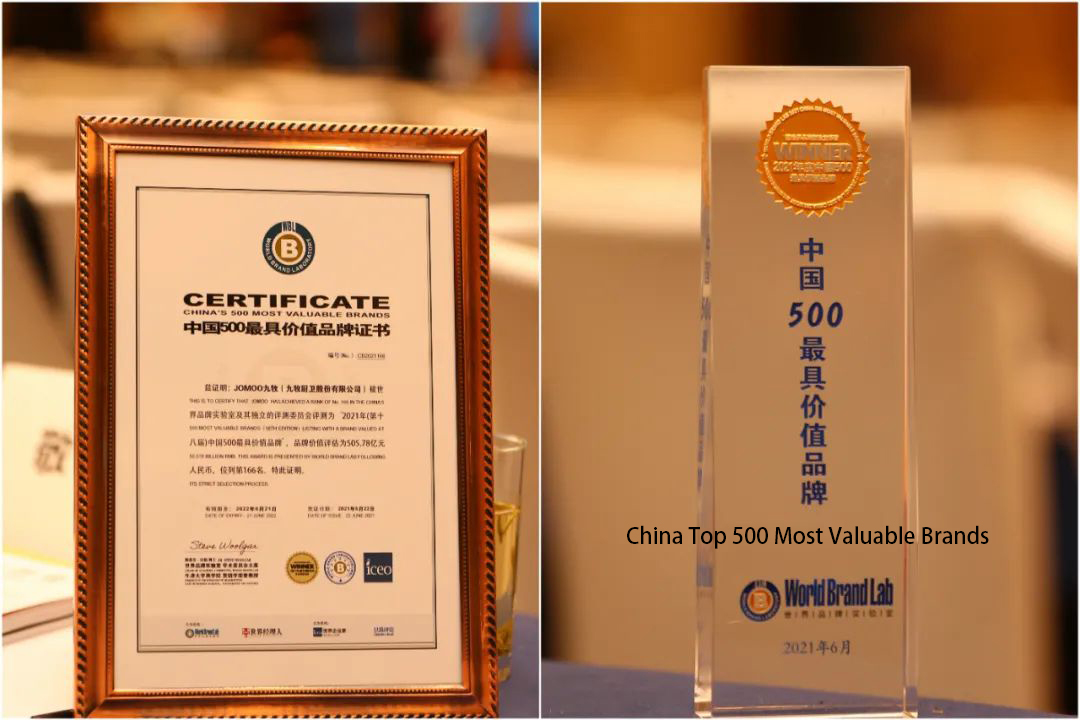 Steve Woolgar, Chairman of the World Brand Lab and Emeritus Professor of Marketing at Oxford University, said: “A brand is the image of a country. I hope that more people around the world will learn about China’s story through its brands, and I have witnessed their rapid development over the past 15 years. Some of these brands already have a strong global presence, and these include Jomoo, State Grid, China Life, Haier and others.” 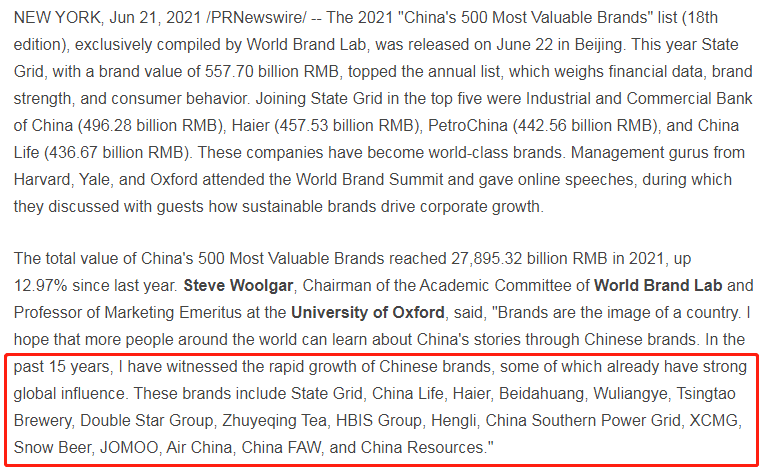 The World Brand Lab is the world’s leading authority on brand value assessment led by Nobel Laureate in Economics. According to the information released by the World Brand Lab this time, Jomoo is the fastest growing brand value in the bathroom industry. In the past three years, Jomoo brand value has grown at a rate of more than 10 billion per year, becoming an outstanding representative of the rise of national brands.

As a symbol of enterprise and a guarantee of quality, a brand has become an intangible asset that enterprises must compete for. And brand value is the concrete embodiment of brand competitiveness. Through brand value, we can not only gain insight into the modern management process of Chinese brands, but also learn what level Chinese brands are at among the top brands in the world. In the field of sanitary ware, Jomoo brand value has increased by more than 40 billion in the past ten years. In the last three years, it has been growing at a high rate of more than 10 billion per year, proving the influence and competitiveness of Chinese national brands in the world. 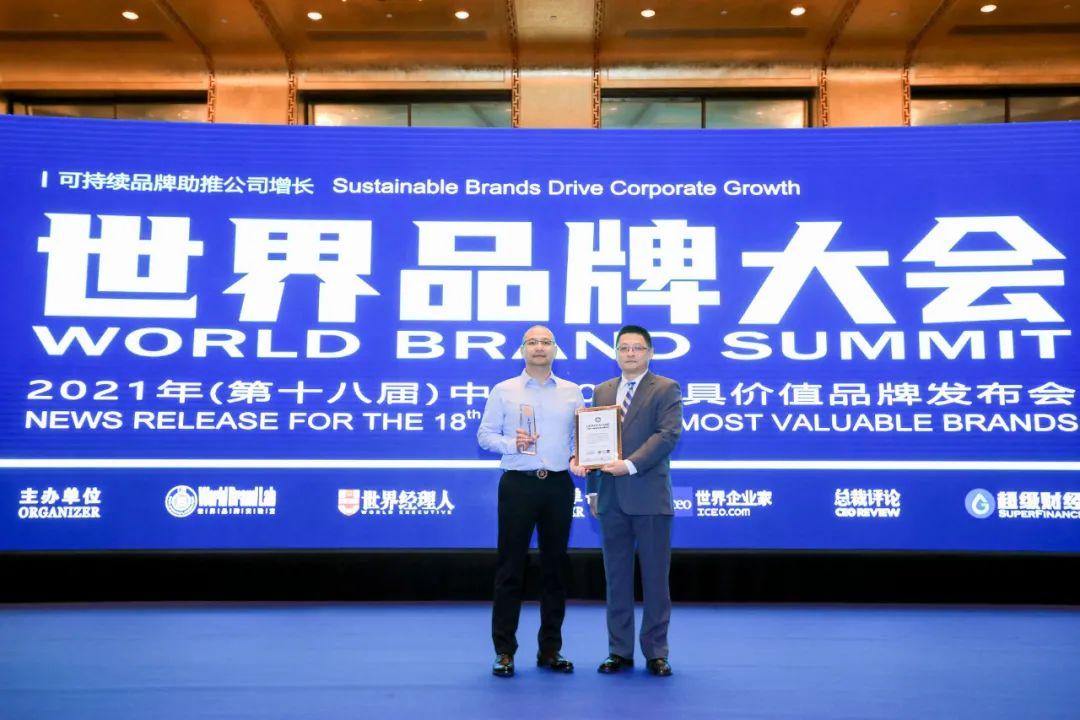 The growth rate of Jomoo brand value has also attracted the high attention of World Brand Lab. In the dialogue session of the conference, Jomoo brand president Yan Zhen was invited to attend and have an in-depth dialogue with the world’s top professors from Harvard University, Yale University and Oxford University. They analyzed and discussed sustainable branding from various angles and levels to boost company growth. 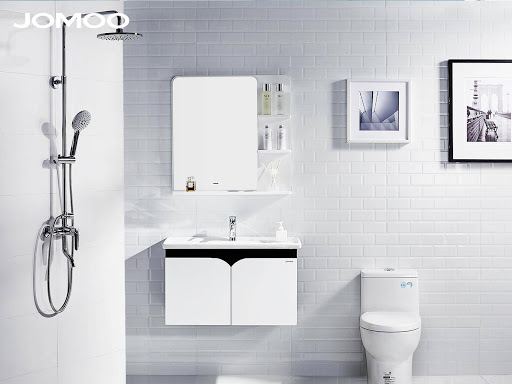 Yan Zhen said that Jomoo was once again ranked among the 500 most valuable brands in China. This is a recognition of Jomoo’s comprehensive performance in product technology, R&D strength, brand strength, and brand contribution in the past year, and it also proves that the health index of Jomoo brand is growing significantly. After more than three decades of rapid development, Jomoo has reached 300,000 sales outlets worldwide. Its annual sales have been the first in the country for 11 consecutive years, making it the number one brand in China and the fourth in the world in the bathroom industry.

The rapid growth of Jomoo brand is a microcosm of the rise of Chinese brands. According to a study by World Brand Lab, the total value of China’s 500 most valuable brands reached 2,789.52 billion yuan in 2021, an increase of 12.97% over last year. The average value of China’s top 500 brands rose from 4.94 billion yuan in 2004 to 55.79 billion yuan in 2021, an increase of 1028.69%. The rapid rise of Chinese brands stems from the national brands’ emphasis on research and development, advanced technology and continuous investment as they have done for decades. 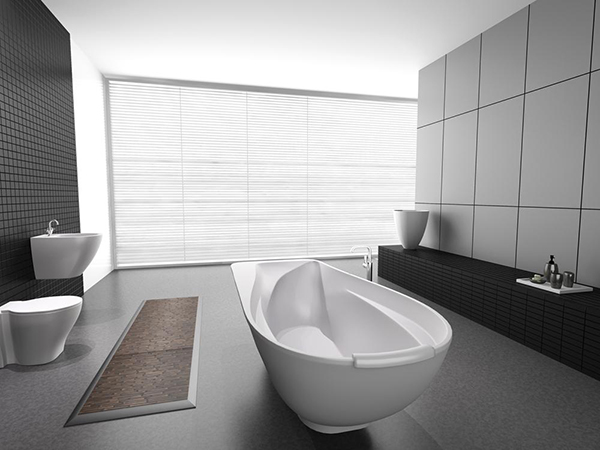 “In the future, look at the ceramic factory, to China”

In recent years, Chinese brands have been investing in R&D and high-tech production to drive the progress of Chinese manufacturing. The national brand represented by Jomoo invests no less than 5.0% of its total sales in technology research and development and product innovation every year, leading the development of technological innovation in the industry at the rate of applying for an average of three technology patents per day. Up to now, Jomoo has applied for more than 12,000 patents in total. Data released by the World Intellectual Property Organization 2021 shows that China rises to third in the world in specific GII innovation areas such as R&D and high-tech production in 2020. 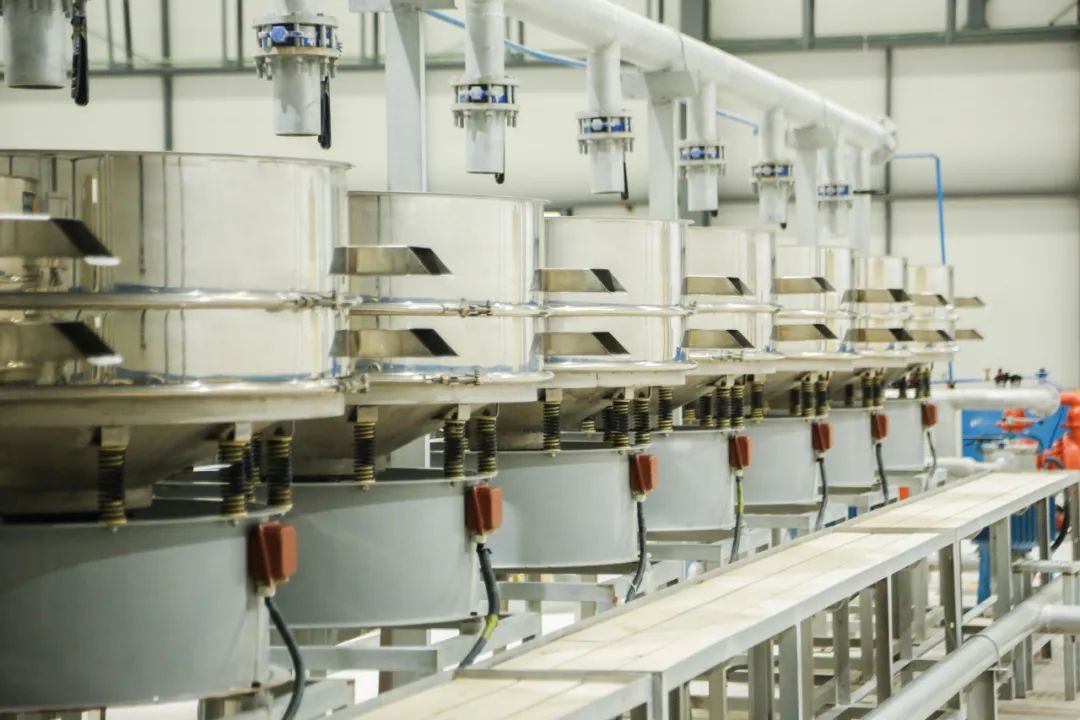 Jomoo’s innovation in R&D, science and technology is systematic, multi-dimensional and sustainable. Jomoo has laid out 30 research institutes and more than 60 transformation center labs worldwide, and has formed an industry team of more than 5,000 technology innovators to guarantee Jomoo’s leading position in the industry. 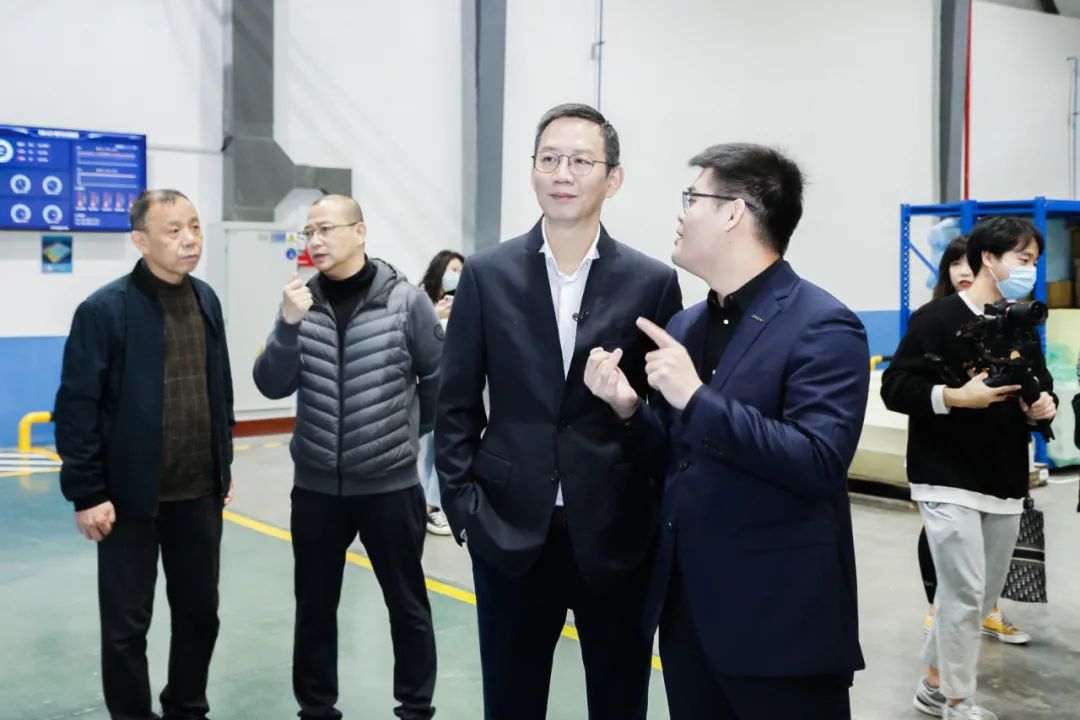 China is the number one country in 5G technology and application, which is attracting worldwide attention. Jomoo has applied 5G technology to the bathroom manufacturing field, leading the technological change in the industry. In March this year, after the media unveiled the world’s first 5G smart ceramic factory built by Jomoo, many internationally renowned brands in the United States, Germany and Japan were impressed by Chinese companies. After visiting the Jomoo 5G smart ceramic factory, the representative of a large European sanitary ware company in China, on his way out, exclaimed in English, “In the future, to see the ceramic factory, to China.”

The rise of Chinese brands, so that the Chinese style has also become a world trend. In the latest “2017-2021 Global Bathroom Category” list published on the iF website, Jomoo ranked first. This also represents the rapid rise of Chinese bathroom design, which has become an important part of the international design trend. Up to now, Jomoo has won 133 international design awards.

Jomoo broke the monopoly of international brands and became the exclusive supplier of the Bird’s Nest, the main venue of the 2022 Beijing Winter Olympics, and the Beijing Daxing International Airport, the first of the “Seven Wonders of the New World”. In 2020, Jomoo has also successfully entered the Forbidden City in Beijing, the Great Wall, the Summer Palace, the Terracotta Warriors and Horses of Qin Shi Huang, the Bilin Museum, the Mogao Caves in Dunhuang, the Yungang Grottoes, the Potala Palace, the Dazhao Temple and other top cultural landmarks in China, allowing the world to witness the power of the national trend. 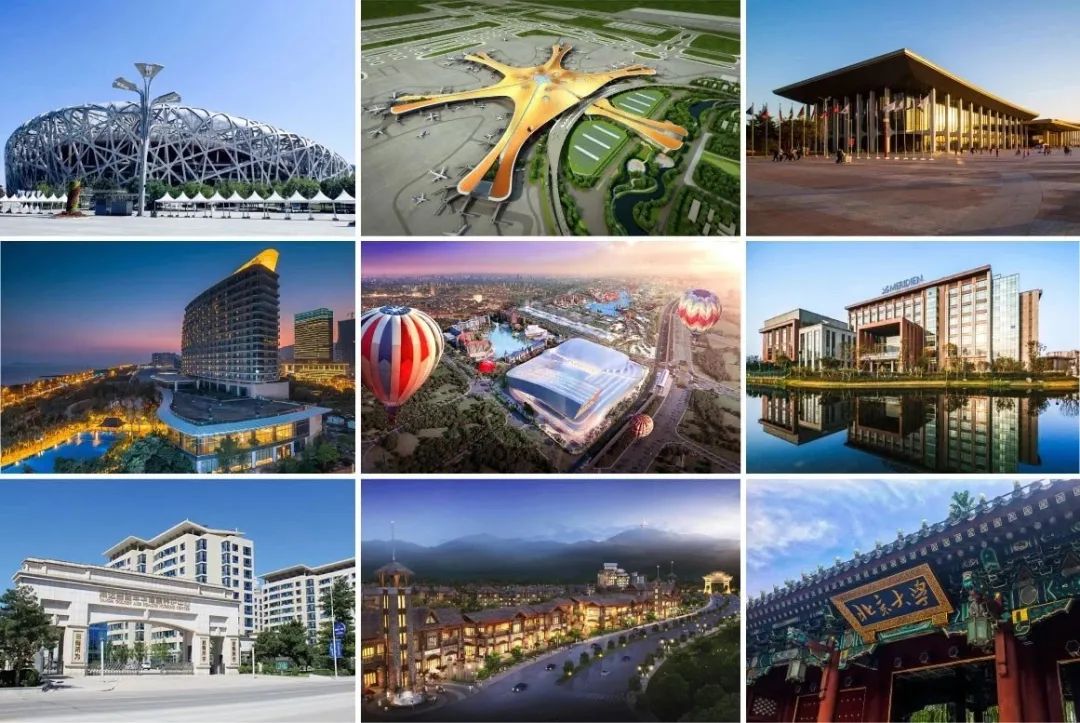 The power of national fashion represented by Jomoo is also going global. Recently, Jomoo announced that it has become the exclusive sanitary ware supplier for the international landmark project “Yaxin Hailai City” in Malacca, Malaysia. At the end of last year, Jomoo also became a partner of the Tagaytay Gesar Resort in the Philippines. Up to now, Jomoo products have covered more than 120 countries and regions in Europe, America, Asia, Australia and Africa, and Jomoo brand has established deep cooperation with 32 countries along the “Belt and Road” such as Vietnam, UAE, Qatar and Mongolia. Jomoo has entered more than 10,000 projects around the world, including international event venues, national key projects, international five-star hotels, provincial and municipal governments, key transportation hubs and landmark buildings. 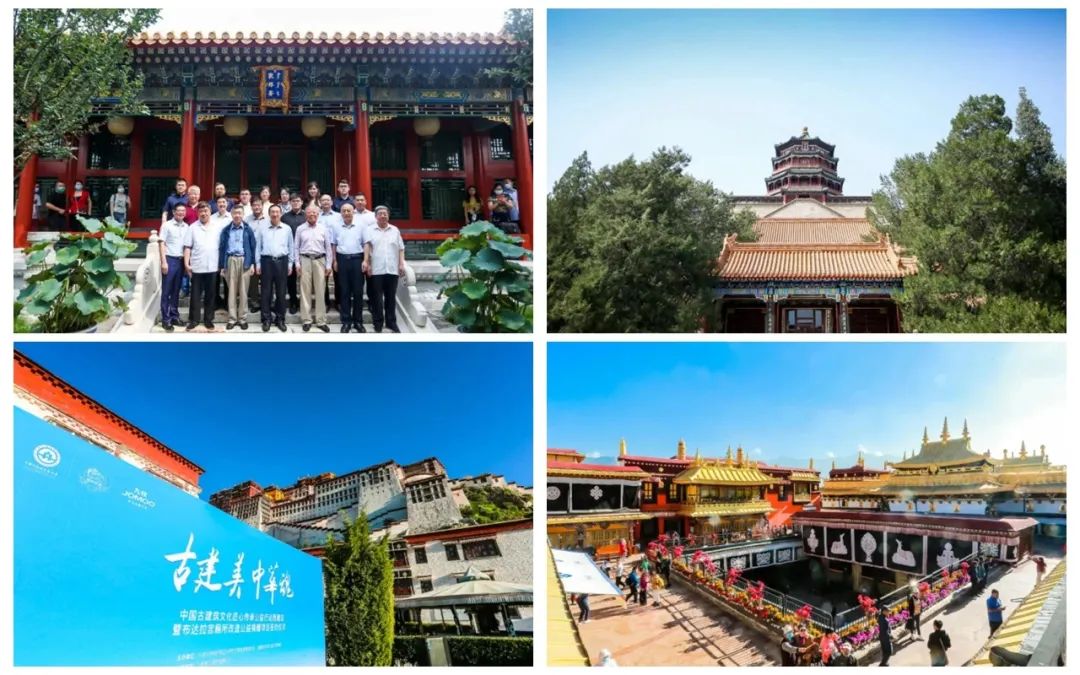 Yan Zhen said, in the new historical starting point, Jomoo will continue to use global cutting-edge technology to promote the change of bathroom space. It turns the sanitary industry into a shining business card of China’s intellectual manufacturing, so that the national brand leads the international trend.