On August 24, Jomoo Kitchen & Bath was awarded the Top 10 of “China Home Industry Digitalization Pioneer List”, which was released by the Digital Top List of China’s Home Industry in 2021 by YeoSmart, a group of experts from home industry, industry associations, digital service providers and analysts from YeoSmart. Jomoo was selected from a large number of home furnishing enterprises in China for this award, which is a great affirmation of industry experts on Jomoo’s exploration and effectiveness in digitalization over the years. 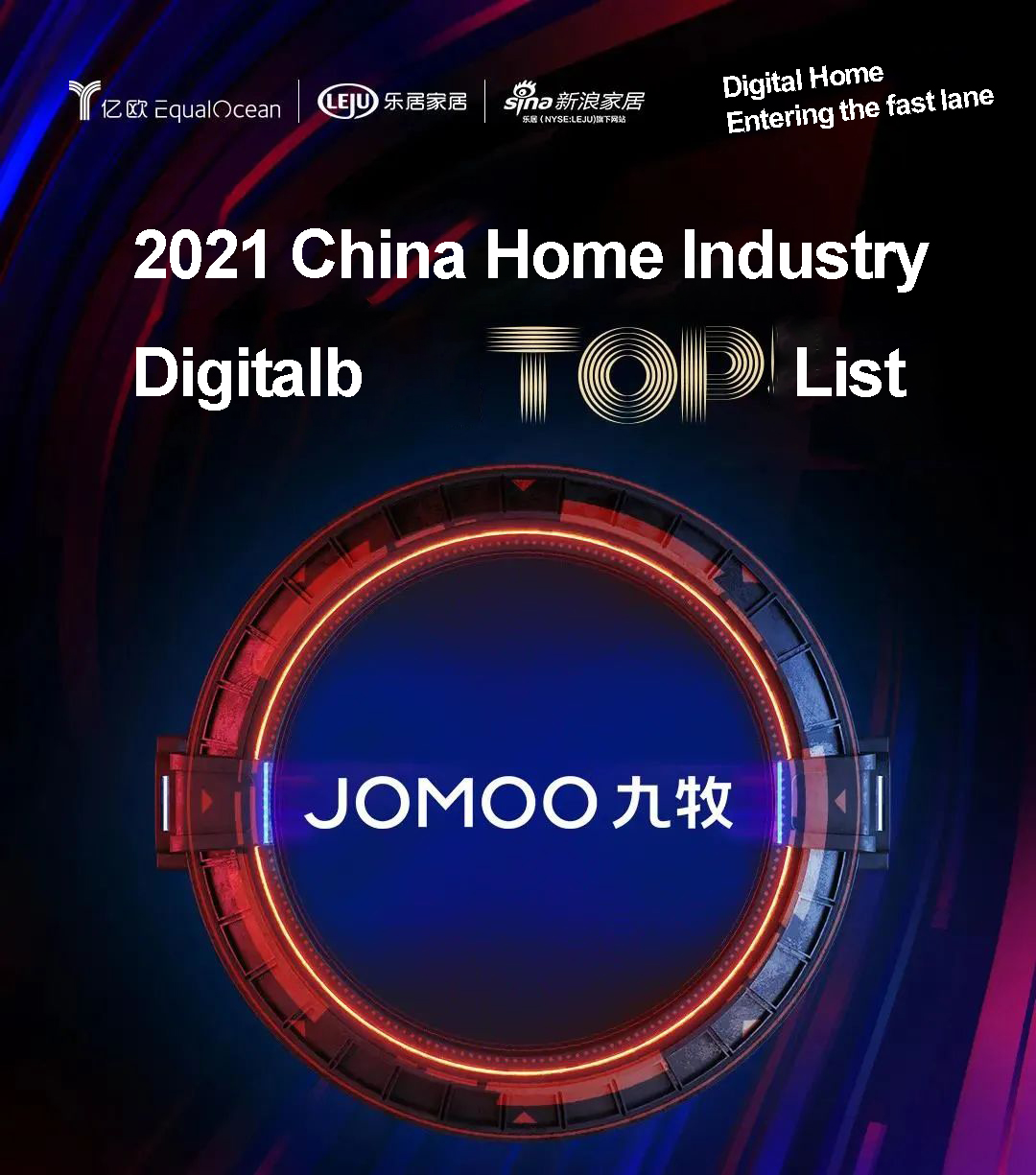 Huida bathroom will be 130 million yuan to acquire a 70.61% stake in the new Shengda

According to the Oriental wealth reported, in August 28, Huida bathroom released the “progress announcement on the signing of the investment cooperation framework agreement”, disclosed the latest progress of the capital increase of the new Shengda. The announcement said, in order to further implement this investment matter, after friendly consultation between the parties, on August 27, 2021, the company and Beiliu Yongle Huida Investment Consulting Partnership (limited partnership) (hereinafter referred to as “Huida shareholding platform”) and Beiliu He Li Management Consulting Partnership (limited partnership) (hereinafter referred to as (hereinafter referred to as “New Gosun shareholding platform”), Tang Shuodu, Beiliu New Liansheng, New Shengda, Guangxi New Gosun, Foshan Gosun signed the “Investment Agreement on Beiliu New Shengda New Material Co. After the completion of this transaction, the company will directly hold 70.61% of the equity of Xinshengda and become its controlling shareholder. 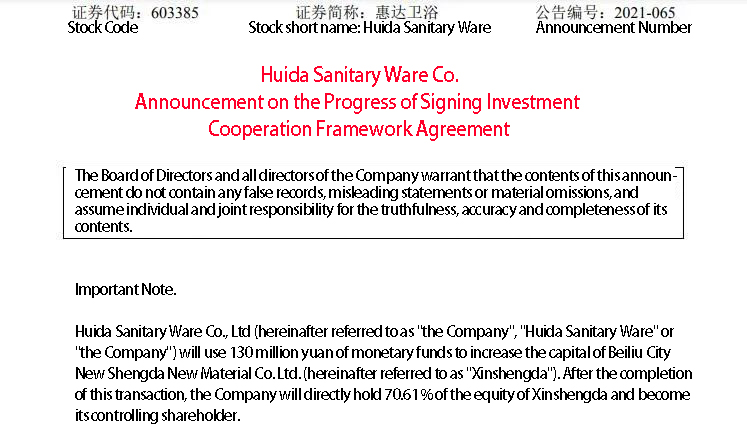 This week, Huayi bathroom launched model FA22908AA203 of the original wood style bathroom cabinet new, its main material is multi-layer solid wood panels. Its color is the new Jinshan walnut color. Its main cabinet specification is 800″500*500mm (size including basin). Its mirror cabinet size is 750*150*700mm. ceramic basin size is 800*500*200mm. the original wood color is the most realistic expression of nature. Clearly visible texture of the art of nature’s refined carving. M-shaped metal handle and wood more complementary. From the gentle warm color, you can actually feel the warmth of home. 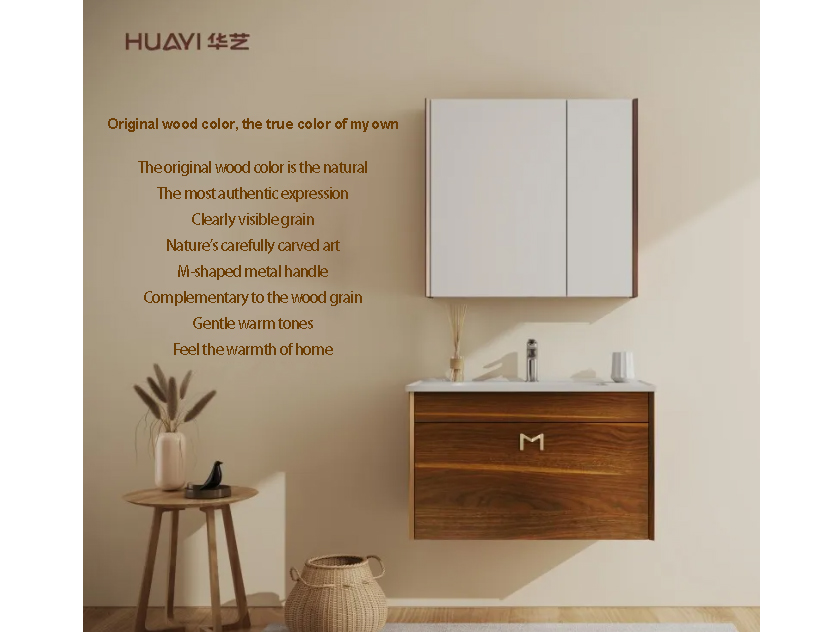 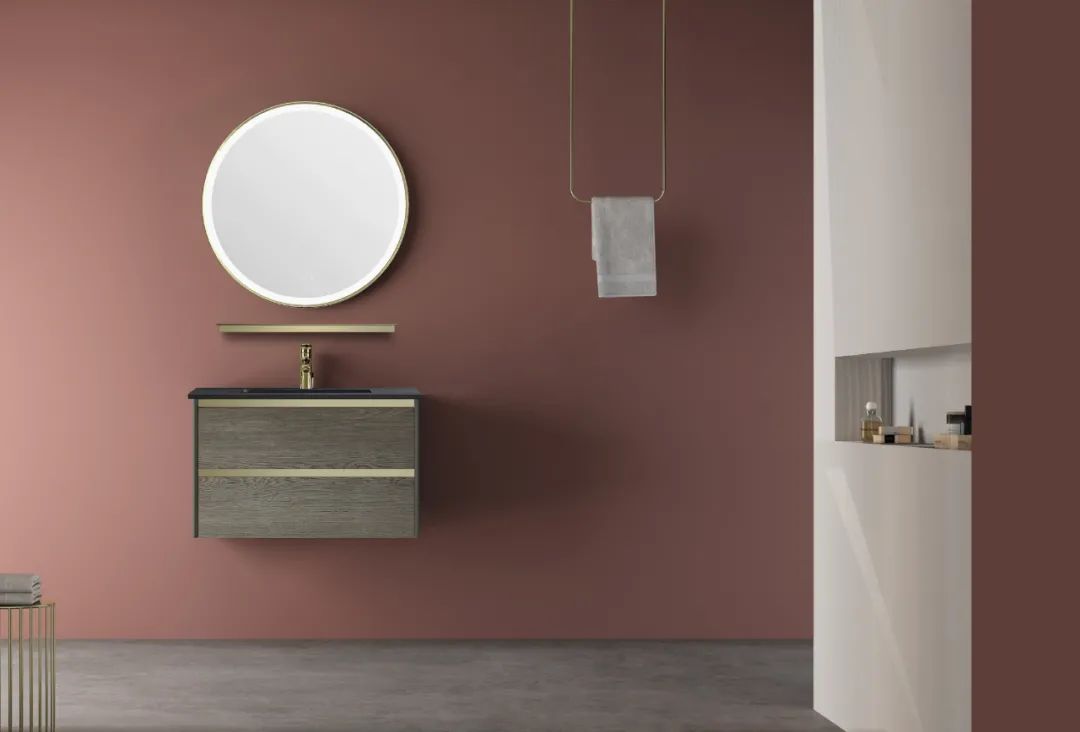 On August 25, with the theme of “expand channels, strong terminal, win the future”, the first stop of the 2021 Bolina Sanitary National Dealer Conference was opened at the headquarters in Zhangzhou, Fujian Province. Bolina Sanitary and Zhangzhou VIP dealers and other partners gathered together to celebrate the occasion and open a new chapter in the sanitary industry. Bolina sanitary ware domestic marketing center general manager Qiu Cheyang said that the diversification of market procurement channels and the rise of new channels, market users customization needs and other market forms, has led the domestic marketing center to make a major deployment of future marketing strategy. Through the channel down to expand the blank market, help dealers engineering in the expansion of multi-channel. 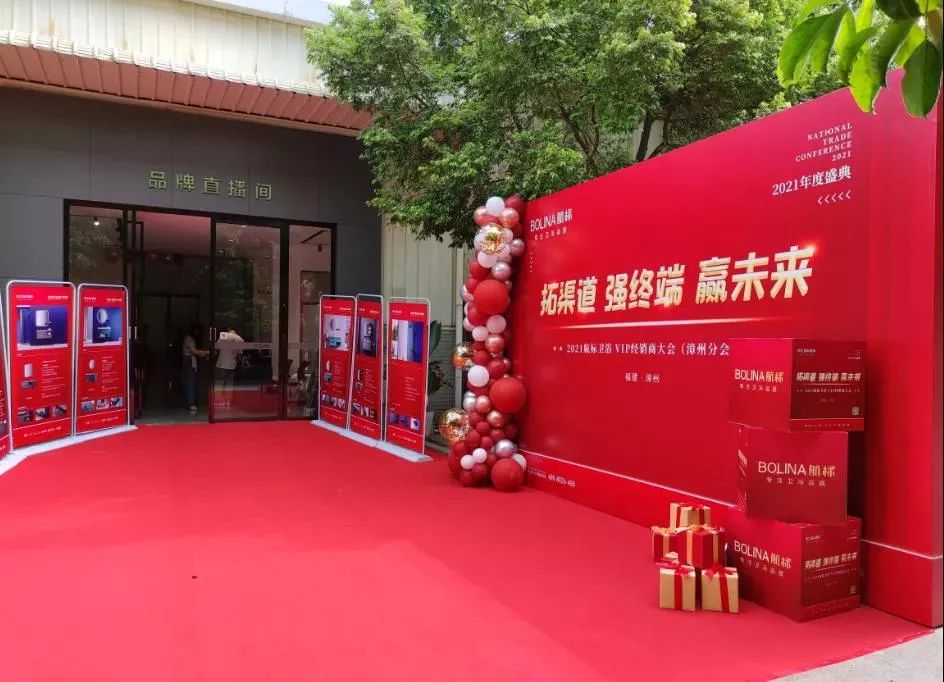 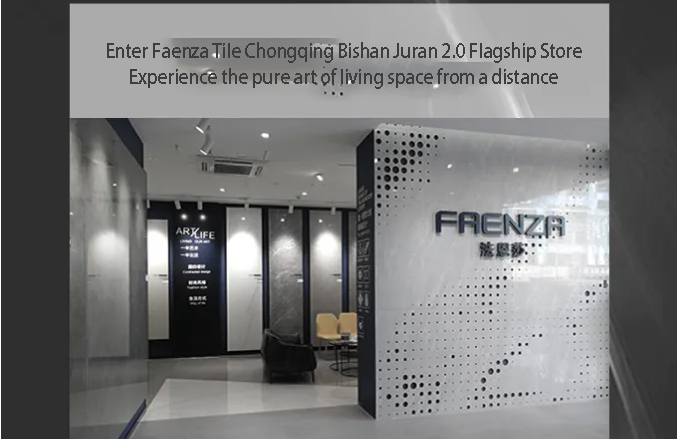 Cncoma actively responds to the government’s call to open a national benefit linkage “old toilet discount, new intelligent on Cncoma”. This time, in order to let the public can feel the full sincerity of Cncoma five stores celebrated together. A number of caravans are equipped with a variety of products. Through close contact and understanding, let more people understand the practicality, health and hygiene and safety and convenience of intelligent toilets. The old toilet for the intelligent toilet can directly credit 800 yuan, the strength is unprecedented. Only less than 2 days, the number of smart toilets for new in Taizhou 1 district broke a hundred. 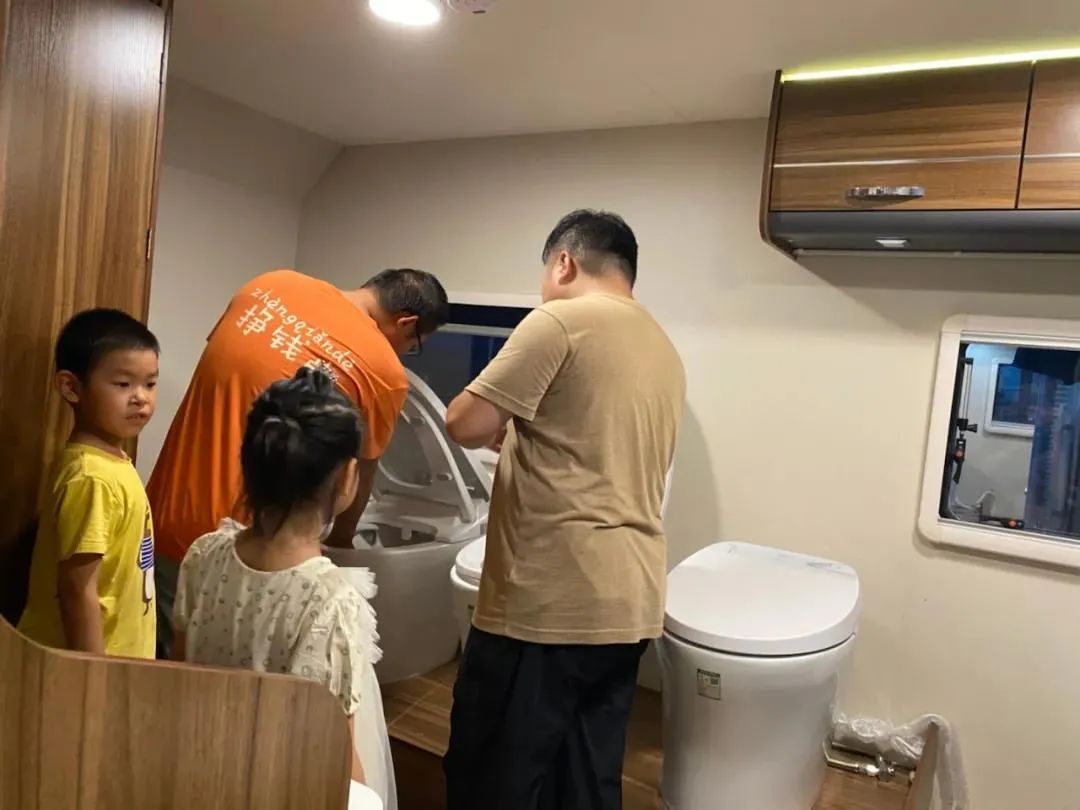 On August 25, SSWW Sanitary 925 “President Star Double Signing” kick-off meeting was held. Excellent dealers and team elites from Hubei gathered together to drum up morale and blow the horn for the upcoming “President Star Double Signing”. This made every SSWW elite team present quickly enter the state of preparation for the battle. At the meeting, systematic and professional training on sales techniques and sales transaction skills was conducted to empower the 925 “President Star Double Signing Meeting” to set sail. At the meeting, SSWW bathroom innovative marketing development department project manager Zhou Xiaoming explained the brand’s activity policy and marketing nodes, to strengthen the confidence of the SSWW elites present. 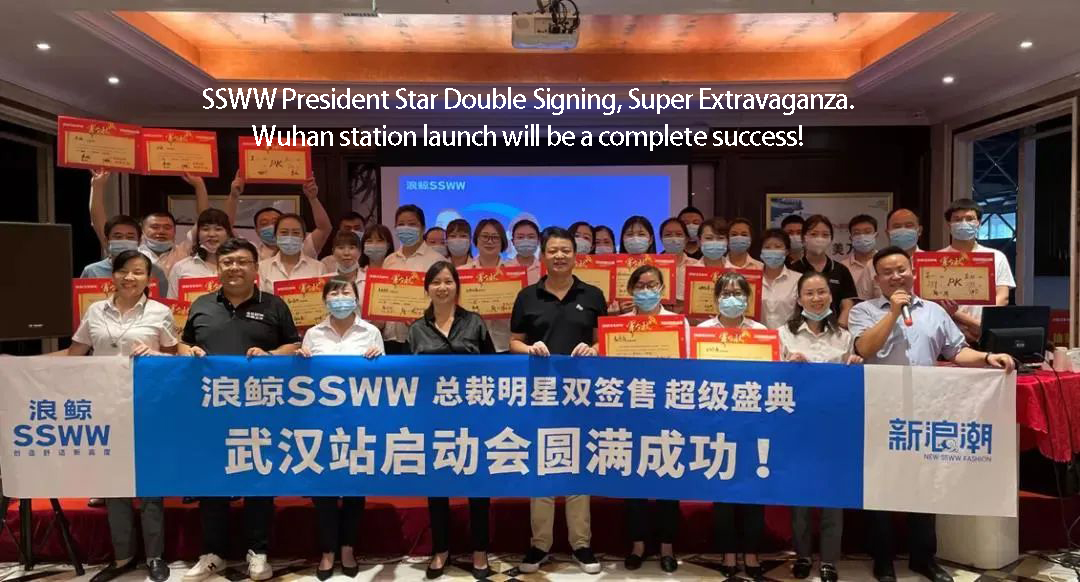 TENNE Tino “Design – Leading” the first bathroom space design activities, is in full swing. As of August 28th, the “Design-Leader” campaign has been running for 20 days, and TENNE has planned for the deepening of the campaign concept. The stores responded positively to the unified layout of the store image, making the design concept more deeply rooted in people’s hearts. Since the launch, 100 cities across the country have been linked at a rapid pace. Every participation is a recognition of TENNE, and every affirmation is precious, TENNE held the “Design-Leader” campaign to promote the brand concept, with the intention of better serving the market and consumers, and creating an ideal and distinctive bathroom space for users. 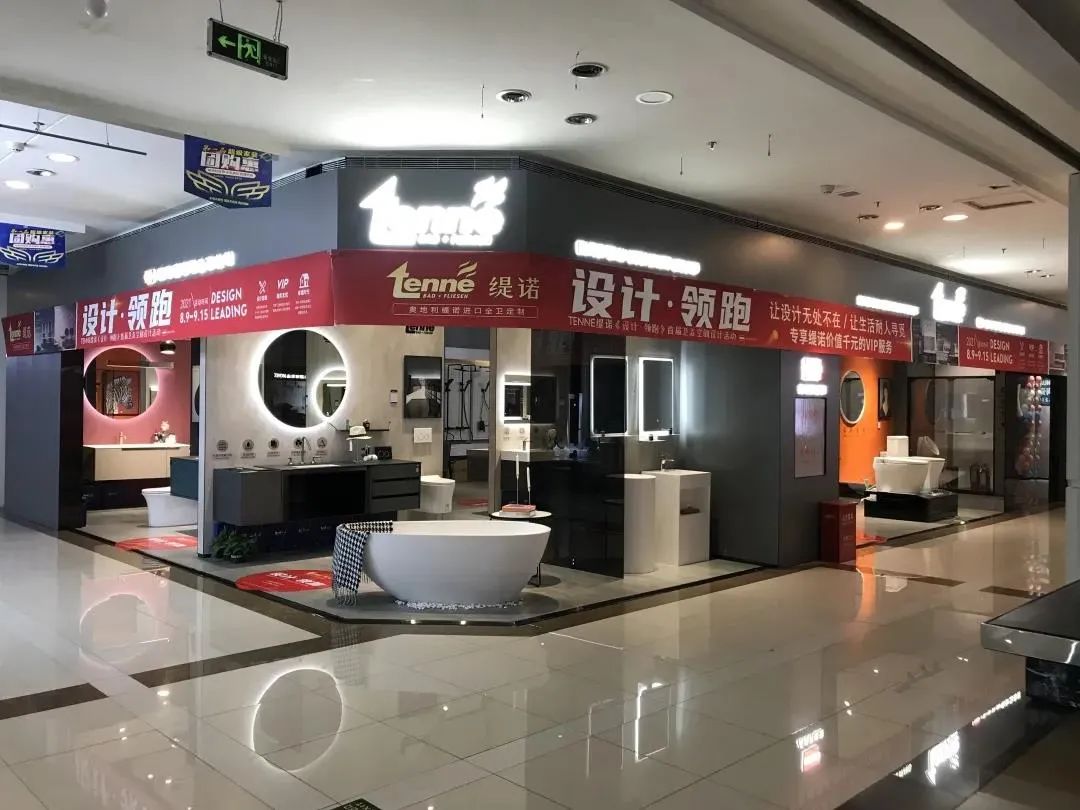 – Fillinger: Sun Zhenwei resigned from the position of secretary of the board of directors of the company.

– Red Star Macalline achieved operating revenue of RMB 7.503 billion in the half-year of 2021, an increase of 24.54% year-on-year. Net profit attributable to the mother was 1.732 billion yuan, an increase of 57.26% year-on-year. Basic earnings per share were NT$0.44. The previous year was affected by the epidemic and the company’s introduction of relevant supportive policies, resulting in lower revenue in the same period of the previous year.

– Poly Real Estate: Net profit for the first half of the year was RMB10.298 billion, an increase of 1.72% year-on-year. The board of directors agreed to change the company’s abbreviation to “Poly Development”.

– Fuli Real Estate reported revenue of RMB 39.49 billion and net profit of RMB 3.08 billion for the first half of the year.

– The Ministry of Housing and Urban-Rural Development recently released the industry standard “Technical Standard for Assembly Type Interior Decoration”, which has been implemented since October 1, 2021.

– Hardwood flooring giant AHF Products acquires some of the assets of American OEM.

– Sika Group sells its European coatings business in Germany to American Xuanwei in a deal worth about 70 million euros, to be completed in early 2022.

– Ministry of Commerce: Bilateral trade in goods between China and the U.S. increased by 40% year-on-year from January to July