After Vietnam, Thailand has also become one of the recent spotlights in Southeast Asia.

In this issue, the kitchen and bathroom information about Thailand’s bathroom industry and market. As the second largest economy in Southeast Asia after Singapore, Thailand’s Economic and Social Development Board data show that in 2021, Thailand’s GDP of $ 505.5 billion. Even if Thailand’s GDP per capita reached $7,407, it is still a market more suited to scale, rather than quality.

In 2021, although the Thai construction and sanitary ceramics market out of the more serious decline in 2020, but the overall still show a contraction. This situation also occurred in the UK market, according to the latest Kitchen and Bathroom Market Index (KBMI) quarterly series of reports in the latest key findings, the UK kitchen and bath market in the second quarter “there is a clear pattern of sales deceleration. The overall KBMI was the lowest since the fourth quarter of 2020. At the same time, full-year kitchen and bathroom sales were revised downward by 5.7 percentage points in 2022. 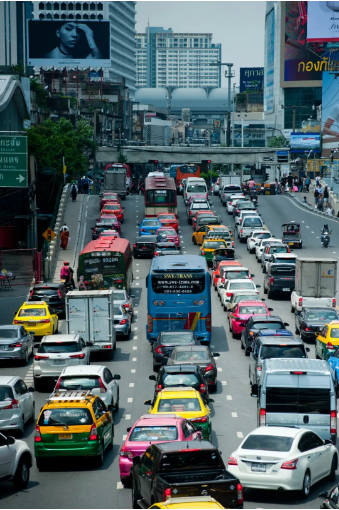 Medium and large Thai manufacturers enjoy advantages over smaller players due to their strong financial base, better management of production processes, and favorable bargaining position. In contrast, smaller operators tend to be in a weaker financial position, which forces them to produce only products within limits or to focus on producing single categories. 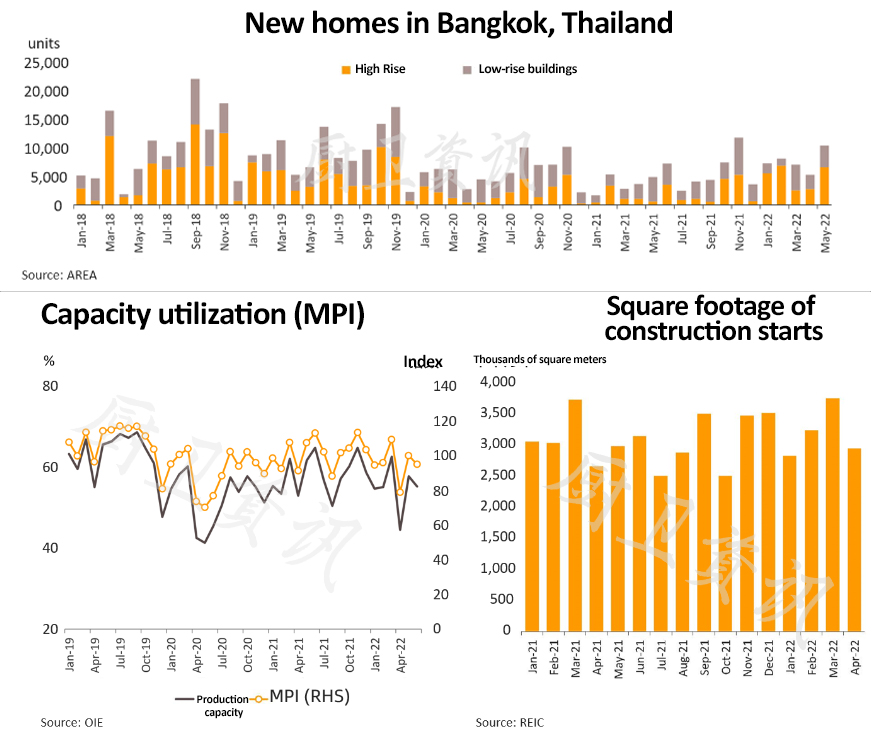 According to the data of OIE, Thailand’s Ministry of Industry and Economy, there are currently 321 companies in the whole ceramic industry, employing about 39,618 people. The annual production of ceramic tiles is 12.72 million square meters, and there are 6.93 million pieces of sanitary ware. 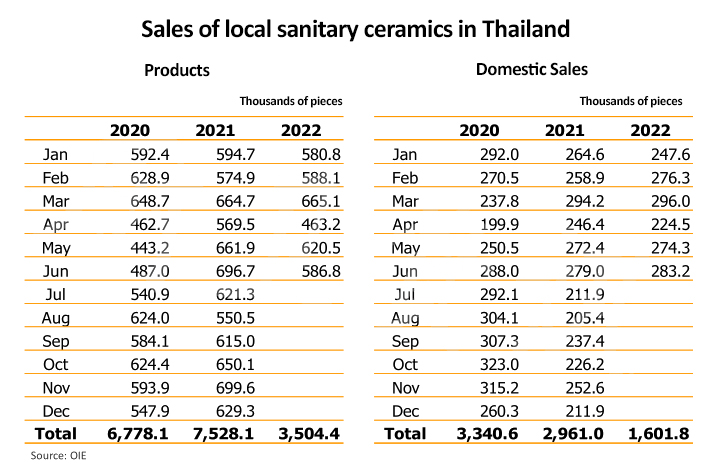 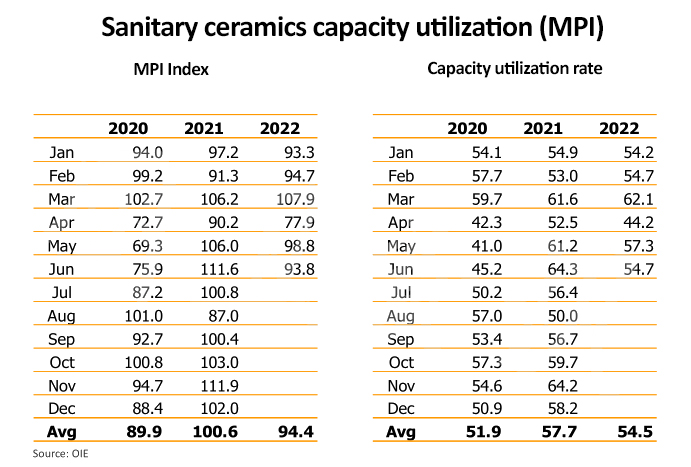 In 2020, Thailand’s tile and ceramic sanitary ware revenues contracted by 6.6%, but the net profit margin stabilized at 7.4% due to a significant decrease in energy costs. In 2022, although exports grow, production and domestic sales show contraction due to inflation, pandemic and other factors.

The important factors currently affecting business include, in addition to energy prices, the prices of various raw materials that have risen. According to the Thai Ministry of Industry and Economy data show that the price of sanitary ware in the second quarter compared with the first quarter of this year increased by 12.9%. In July, prices in the tile category increased by 4.6 percent, wood and wood products by 4.4 percent, pipes by 3.3 percent, and sanitary ware by 0.4 percent.

(Due to space constraints, a channel feature will be published later, so stay tuned)

But since late last year, Thai building materials distribution giants have been scrambling to expand their stores and have flooded the online market.

According to Prachachat Business’ survey of the four leading Thai distribution home furnishing stores in 2020, the overall revenue of the four companies in 2021 was 187.544 billion baht, an increase of 17.02% year-on-year. The overall net profit increased to 10,878 million baht, a growth rate of 33%.

The second largest is Hardline. The business is located in Thailand and Vietnam. In 2021, it generated revenue of Bt63.565 billion and EBITDA increased by 82.06% year-on-year. By the end of 2021, Thai Watsadu branches reached 59. 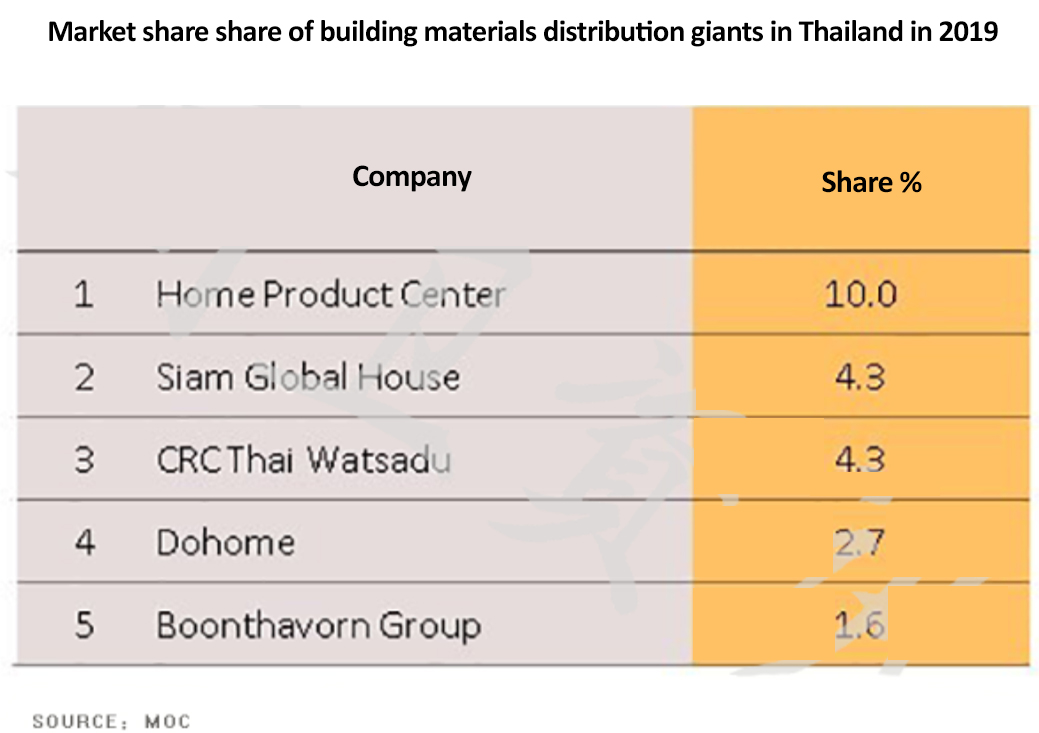 In addition to the frenzy to open stores, several giants have rushed into e-commerce.

According to the report “Southeast Asia Digital Economy 2021” jointly published by Google, Temasek and Bain, cashless payments such as e-commerce, taxi and takeaway are increasingly becoming the preferred choice for a seamless experience as Thailand’s digital economy grows rapidly.

Supported by national payment systems such as PayNow in Singapore and PromptPay in Thailand, the Account-to-Account (A2A) real-time payment system has enabled a large number of unbanked people to take a direct step-change in payment forms, from having 0 bank cards to having a digital wallet. As the second largest online user after Singapore, PromptPay Thailand has recorded a year-on-year growth of approximately 80% in transaction volume for the single month of April 2021 alone.

The overall size of e-commerce in Thailand is now over 4 trillion baht. The wholesale and retail segments alone generate 1.3 trillion baht in revenue.

Thailand’s current e-commerce channels include large e-commerce platforms Shopee, Lazada, JD Central, individual independent sites in addition to Tiktok, Facebook and other social e-commerce in Thailand’s online market is also gradually occupying an important position. COTTO has a strong position in the local market, and STARS is the next local brand.

The development of Thailand’s digital economy will also drive diversified forms of consumption and consumer demand. Thanks to the Thai government’s increased investment in infrastructure, the Eastern Economic Corridor (EEC) and the China-Laos Railway, the country’s large-scale transportation links, OIE’s expectations for the pottery industry in Thailand are above 3%. 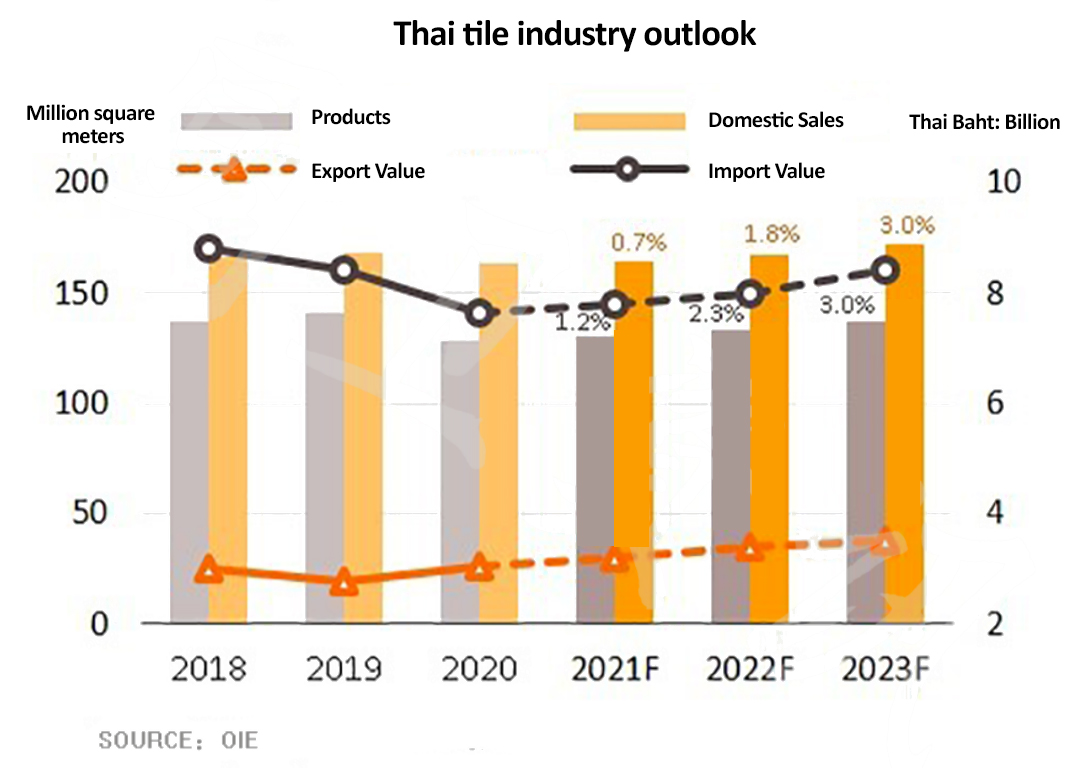 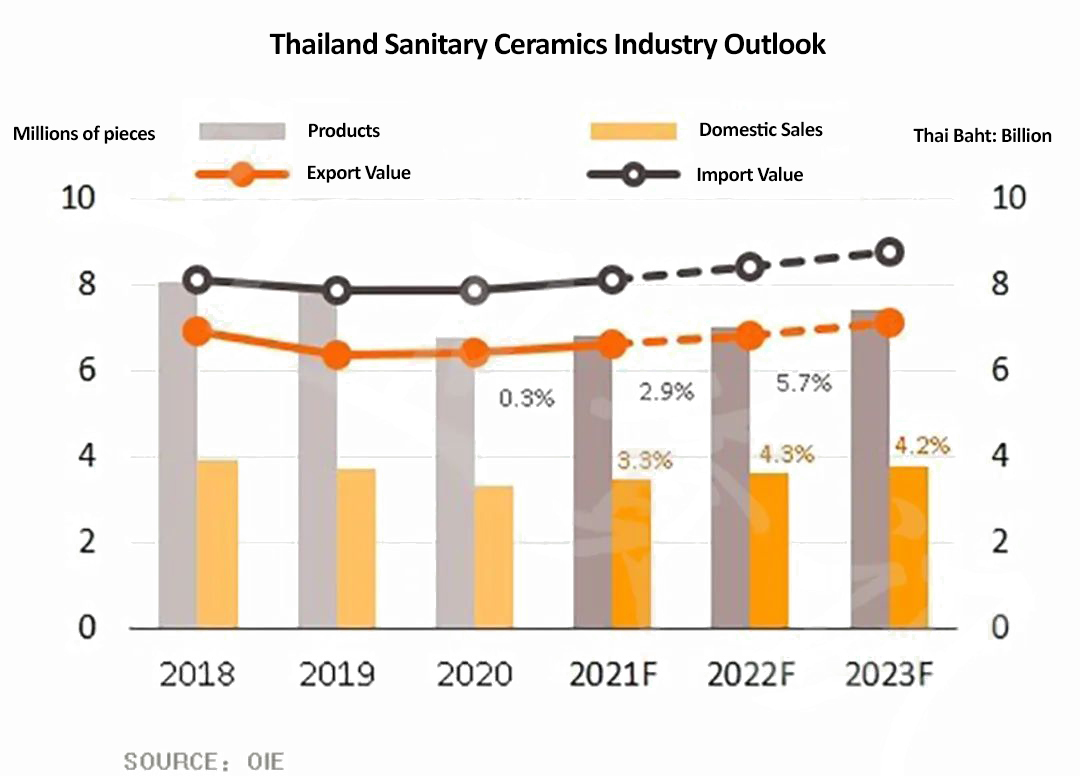 Source: MOC Thailand, OIE, DBD, KRUNGSRI This article is for reference only. No warranty, express or implied, is made as to the accuracy, reliability, timeliness and completeness of the information contained herein.