Bathroom Slip Incidents Occur Frequently, How Do We Do Bathroom Safety “Anti-Slip” Short Board?

Recently, star Gillian Gillian hit her head in a hotel bathroom, and artist Huang Hong Sheng died after slipping and crashing in the bathroom. The spate of bathroom accidents has brought renewed attention to the issue of bathroom safety.

“The bathroom is the most dangerous place in the whole room.”‘ This statement is not a random summary of Hongsheng Huang’s accidental death, but a conclusion reached after an investigation by the Centers for Disease Control and Prevention (CDC).

More people are seriously injured or even killed in bathrooms each year than many people think. Many young people think that slipping in the bathroom is only an accident that happens to older people with leg problems. But that’s not the case. 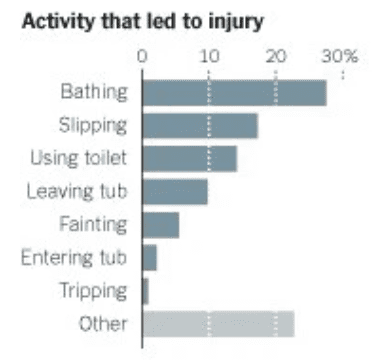 According to the New York Times, about 235,000 people over the age of 15 are injured in bathrooms in the United States each year, and 14 percent of them are seriously injured.

The part of the bathroom that creates the most danger is the bathtub or shower, followed by the toilet.

And, contrary to our impressions, accidents like slipping before or after bathing are more common in the younger age groups instead. Although as we get older, the number of people who are in danger in the bathroom increases. The ages 15-24, however, are the pinnacle of slip and fall injuries, with older people more likely to be injured or killed while using the toilet. 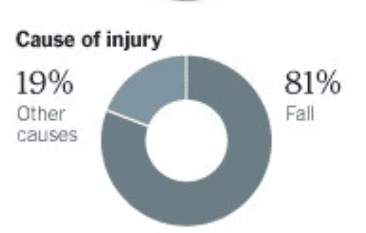 Slip And Fall Is The Leading Cause Of Bathroom Accidents

The survey suggests that this is likely because young people are more likely to drink heavily and be confident in their reflexes and balance, and therefore don’t walk as carefully as older people, which can lead to disasters. 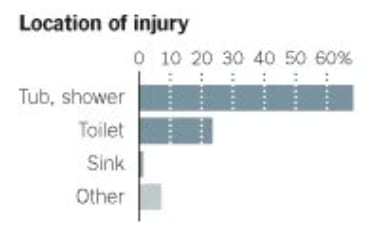 But no matter what age or gender, the two actions in the bathroom that pose the greatest risk are taking a bath and getting in and out of the tub, especially if you are more likely to slip when getting out of the tub or shower after a bath. I believe that the little ones also have a similar personal experience, the floor a little bit of foam did not wash off, you may fall very badly. 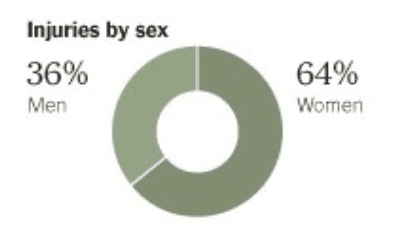 Relatively Speaking, Women Are More Likely To Be Injured In The Bathroom

The sharp points of the basin and the hard edges of the bathtub in the bathroom can hit the most vulnerable parts of the head and neck hard when slipping. 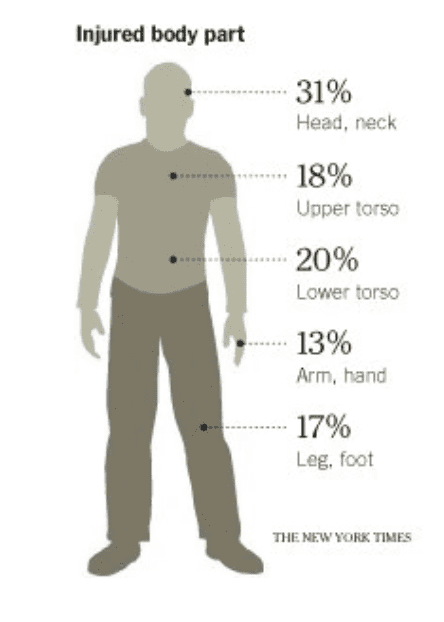 In addition to Wong Hung Sing’s accident, there are too many other people elsewhere in showbiz who have been seriously injured by slipping in the bathroom.

So, don’t wait until you fall to pay attention to bathroom slip prevention. What do we do?

How To Make A Bathroom Slip Resistant

One, Is The Separation Of Wet And Dry Space To Keep The Room Dry.

Separating wet and dry means separating dry spaces from those that may be flooded, keeping the shower area in the bathroom separate from the toilet and basin area, and keeping the areas other than the shower area dry. This way, there’s no difference between being inside the bathroom and outside the bathroom except when you’re taking a shower, and you basically won’t slip and fall when you encounter water. To separate the wet and dry, you can use shower curtain, sliding door, shower screen or install shower room, 90*90cm shower room is enough, the material of shower room can be waterproof material to prevent water leakage from shower room to non-shower area. 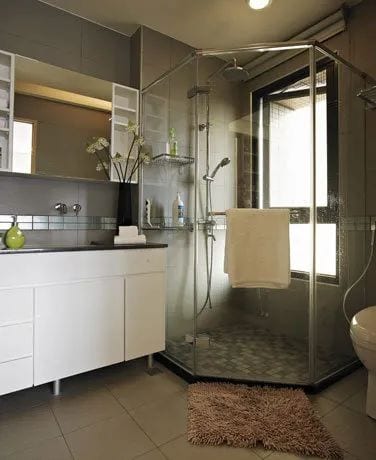 Second, Use Non-Slip Building Materials For The Floor.

Bathroom anti-slip decoration can be used non-slip building materials, water will become slippery plastic floor is not suitable for use in the bathroom.

The bathroom anti-slip building materials or mainly consider quartz tiles, antique tiles, macadamia tiles three types, laying the appropriate slope can ensure that the water smoothly from the drain discharge. With natural stone broken from the sip stone non-slip type is also very good Oh, both beautiful and practical. The floor can be used plywood reinforced hardwood flooring, which has a better moisture-proof effect. 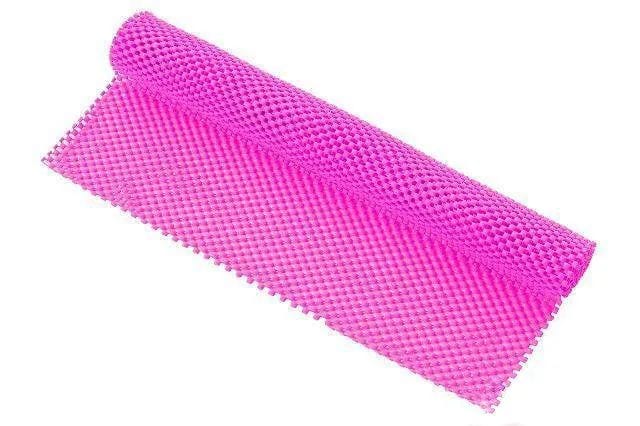 Four, Is To Avoid Sharp Objects, Keep The Bathroom Tidy

Under the microblogs related to the accidental death of Huang Hong Sheng, there are many comments about the need to avoid sharp objects in the bathroom to prevent slipping and knocking foreign objects, which is far worse than falling on the floor.

This is because falling directly on sharp objects can cause internal bleeding and even death on the spot. Come to think of it, taking a shower is considered a crisis, so try to receive as much of what you don’t use in the bathroom into the cupboard and things don’t get piled up on the floor. 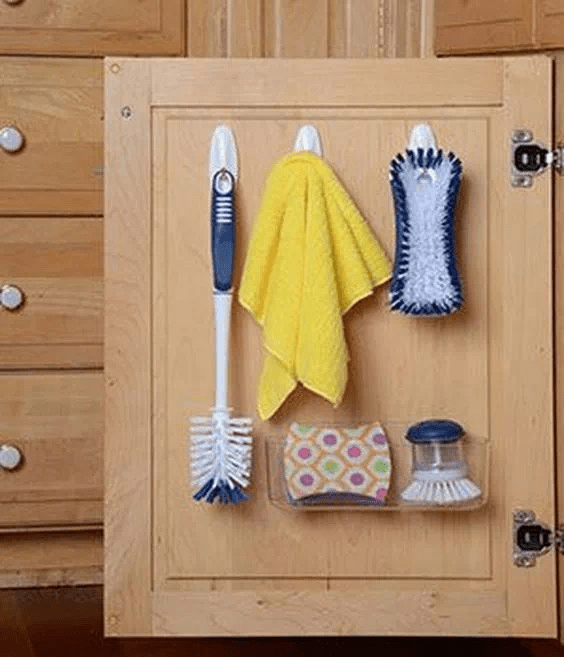 Long-handled items like toilet brushes are best hidden in a cabinet or behind the toilet when not in use. 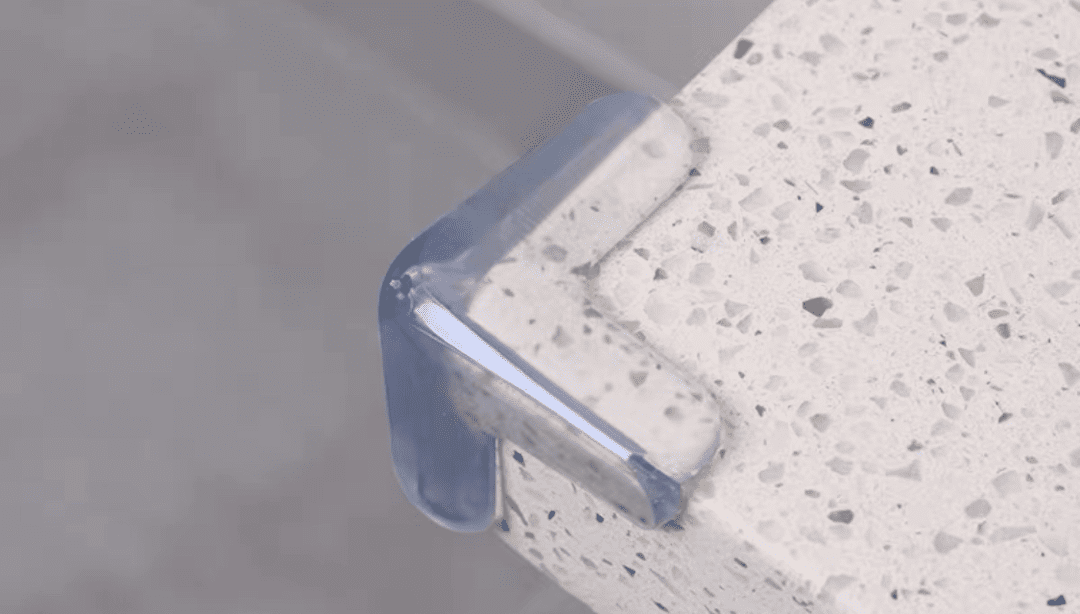 The sharp corners of the bathroom sink try to do rounded corners, or wrap the rounded head of the anti-collision pad to exclude potential problems.

There are also hardware hangers, make sure to hang them high and not low to prevent accidental injury. 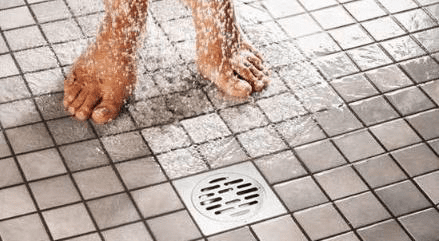 After bathing, get in the habit of rinsing the shower floor foam with a shower, as well as prepare a mop to clean up water stains and keep the floor free of standing water.

Five, Is The Bathtub Non-Slip Equipment

The bathtub is probably the most accident-prone place in the whole house, so it’s best to have non-slip mats and strips both inside and outside the bathtub. And remember to replace them regularly, any loose places remember to stick firmly in time.

If the home is a shower, you can also consider replacing the floor tiles with a more frictional type. 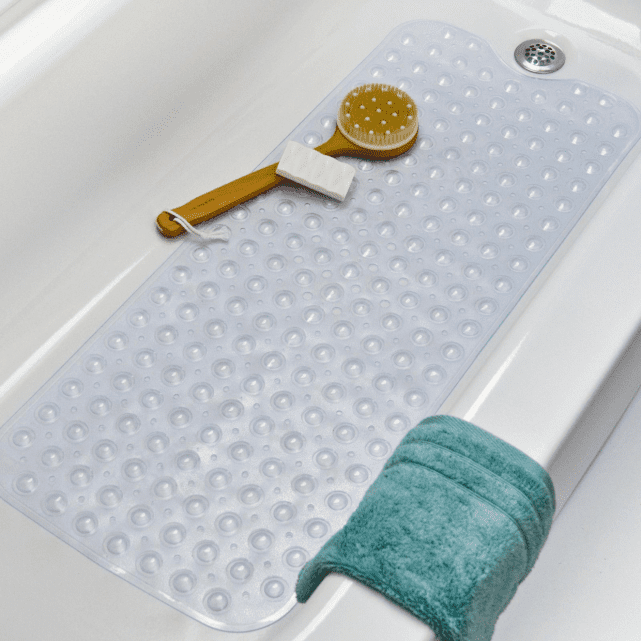 Sixth, Is To Install The Handrail, Seat, Adjustable Height Of The Shower

Installing handrails is vital for the elderly and children, many of whom have difficulty getting up after using the toilet or showering and can slip and fall accidentally. While your bathroom may have towel bars, or storage racks to help, but the weight-bearing capacity of these things after all, not a replacement for the handrail. 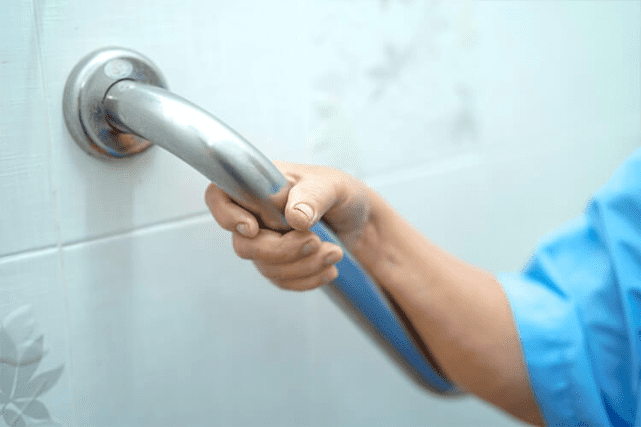 A seat, on the other hand, allows someone who is prone to physical exertion to sit in the shower while uncomfortable so they don’t suddenly pass out.

The shower can be adjusted according to the height of the family members not given, so that short people to reach the shower and pad feet to avoid slipping. 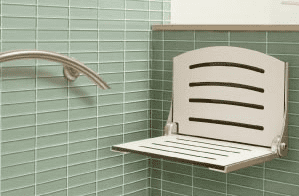 Finally, I would like to remind everyone not to take any chances with the accident, slipping is one of the most common accidents in the bathroom, never take a bath on a hungry stomach, don’t take a drunken bath, the bath time should not be too long, in the bathroom when you feel chesty, quickly come out for ventilation, conditional families can also install a lanyard alarm device in the bathroom, when you encounter an accident, even if you live alone can also save themselves!

Share:
PREV： Who Had The Audacity To Move The Forest Into The Bathroom! But I Like~~~
NEXT： Eight Pitfalls Of Buying A Bathroom, See If You’ve Fallen Into The Trap?