Foreign Corporate Profits Fell Across The Board, Up To -125%

Recently, Lixil Group, TOTO, Musk, Geberit, Takara Standard and other foreign companies have announced their half-year or quarterly reports. The reports show that during the epidemic, the sales and net profits of the companies have declined to varying degrees, and some companies have even made zero entries. The current epidemic in Spain, Germany, the UK, Japan and other countries has been repeated, and the impact on companies is expected to continue. 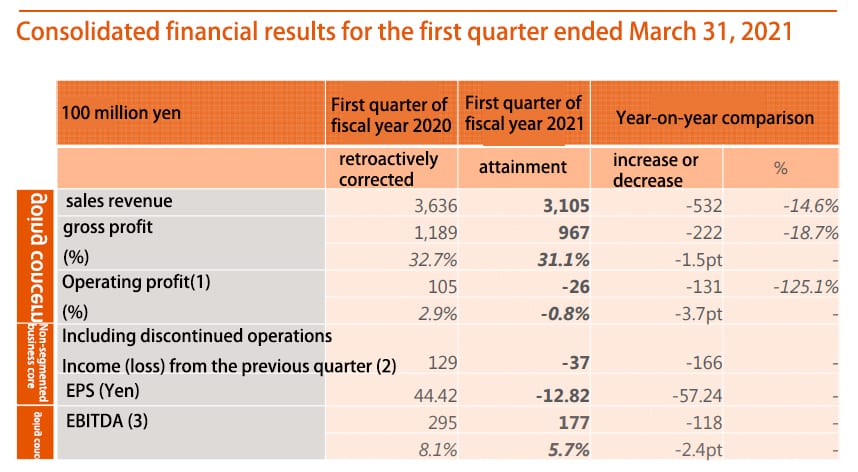 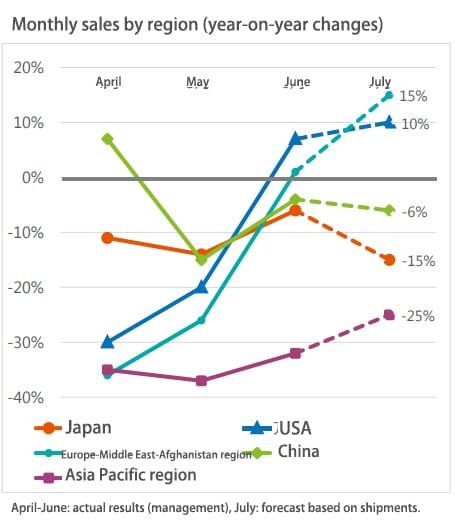 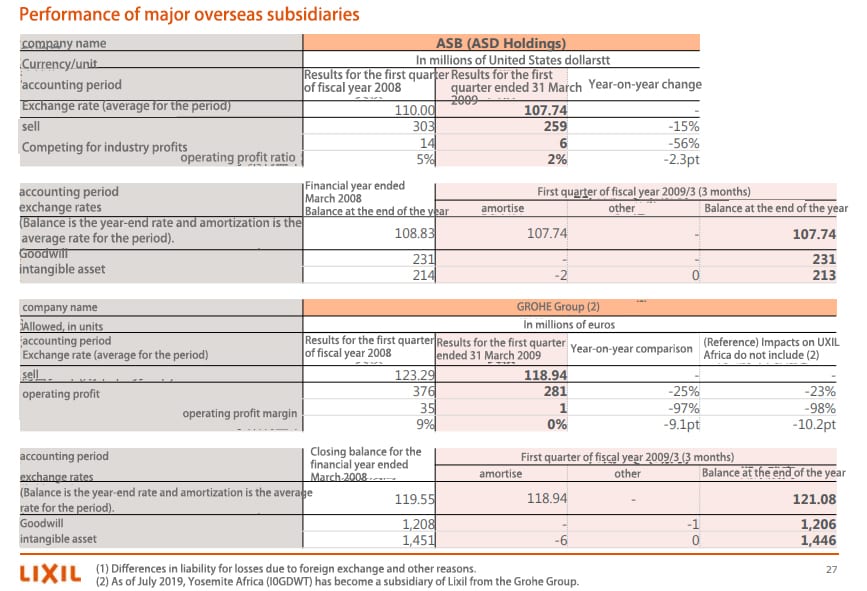 On July 30, Musk Group reported the second quarter of 2020.In April-June 2020, Musk achieved sales of $1.764 billion (about RMB 12.279 billion), down 4% year-on-year; operating profit of $339 million, down 2% year-on-year; affected by the epidemic, Musk pipeline products sales from the first half of 2019 1,012 million to $868 million, a decline of 14%. However, improved sales of coatings and related products drove an 8% increase in sales of decorative building products. 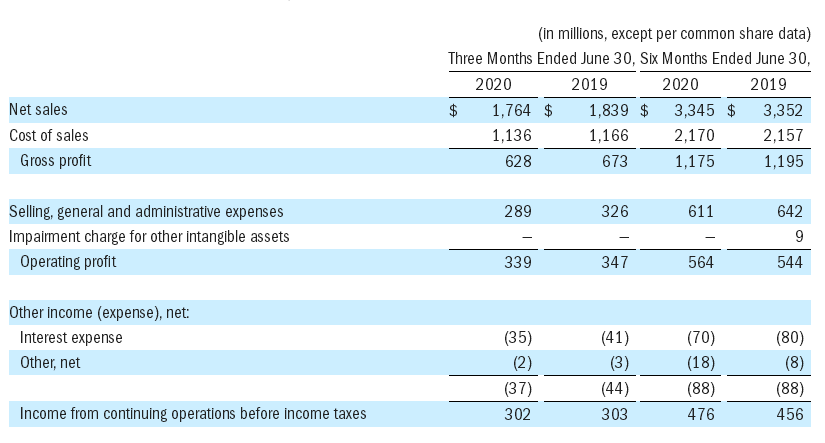 For the entire first half of the year, Musk’s sales were down just $07 million to $3.345 billion from $3.352 billion for the same period in 2019, and operating profit even increased by $20 million to $564 million, reflecting Musk’s good first quarter sales, which only declined in the second quarter due to the epidemic.

Musk CEO Keith Allman said the company puts the safety of its employees and customers at the forefront of its mind, and while there are many unknowns, strong demand for the company’s products is expected to continue in the third quarter, assuming there are no temporary shutdowns due to the outbreak.Allman also revealed that the board of directors has announced a 4 percent increase in the annual dividend to $0.5 billion per share beginning in the fourth quarter. 0.56 as a sign of confidence in the future.

Asian Markets Down Over 24%

On a regional basis, after adjusting for currency exchange rates, Geberit’s first-half sales declined the most in the UK and Ireland (-34.1%), the Middle East and Africa (-25.9), Italy (-25.1%), the Iberian Peninsula (-20.9%), France (-19.2%), the Far East and Pacific (-18.5%) and the United States (-5.4%). Only Germany, Scandinavia, Switzerland, Eastern Europe, Benelux and Australia recorded sales growth, although in the German market, where growth was greatest, the increase was also only 2.9%.

On July 31, TOTO released its first quarterly report for fiscal year 2020 (April 2020 to March 2021).From April to June 2020, several of TOTO’s financial figures declined year-on-year, including a 13% decrease in sales to 118.1 billion yen (approximately RMB 7,793 million), and an 83% decrease in net income attributable to the parent company’s shareholders to 600 million yen (fiscal 2019 TOTO believes that the large decline in sales and net profit is due to the epidemic, and it predicts that without the impact of the epidemic, net profit would have increased by more than 60% in the same period. 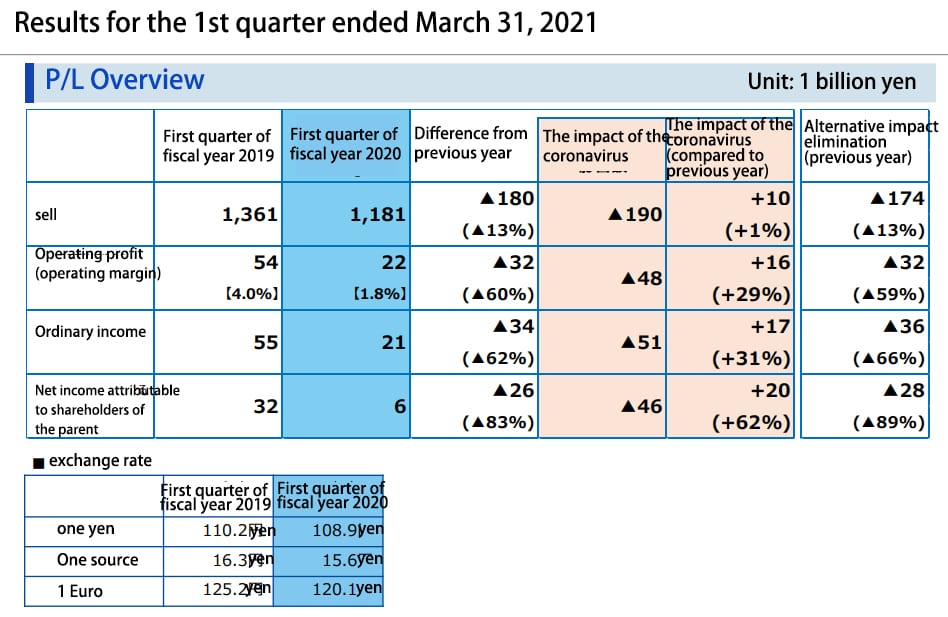 In this earnings report, TOTO lists the January-March operations in China, Asia, Europe and the US separately. In terms of RMB, from January to March, TOTO achieved sales of 573 million yuan in China, down 279 million yuan, or more than 30%, compared to 852 million yuan in the same period last year, TOTO estimated that the epidemic led to a decrease in sales of 294 million yuan. According to TOTO’s statistics, the month with the largest decline in sales in China was February with a 68% decline, followed by a gradual recovery to an increase of 12% in June. In terms of operating profit, the Chinese market also declined by 26% to RMB102 million from RMB138 million in the same period last year. 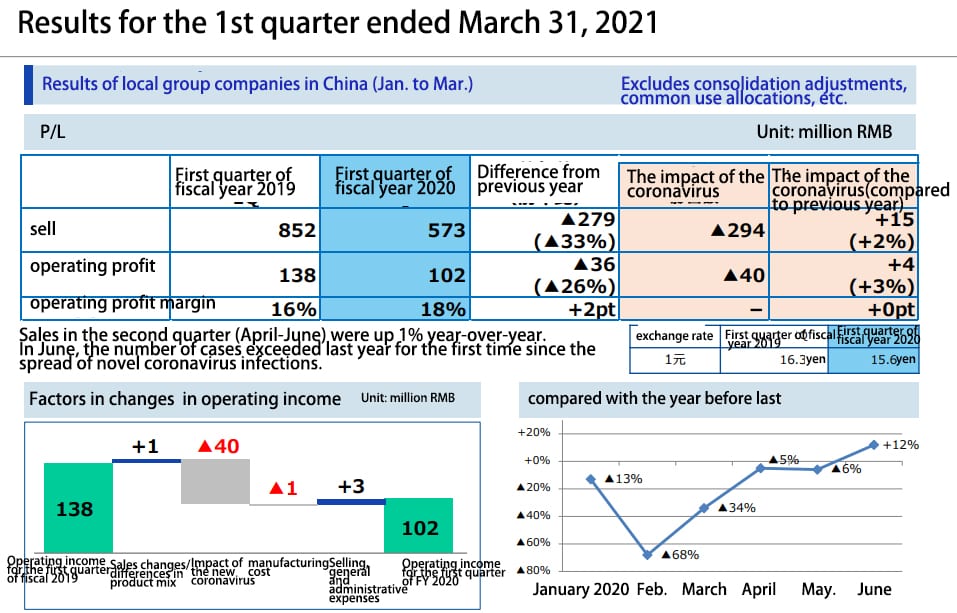 During the epidemic, TOTO China market sales of all categories have decreased to varying degrees, including a 44% decrease in sanitary ceramics, a 16% decrease in washroom, faucet hardware decreased by 30%, TOTO estimates that if there is no epidemic, sales of the three categories will increase by 1%, 2% and 2%. The financial report also revealed that from January to March, the number of units sold in the Chinese market to wash the beauty of the Chinese market decreased by 28%, and from April to June increased by 6%.

Net income attributable to shareholders of 1,011 million yen, down 57.4% year-on-year. Takara Standard’s forecast for fiscal 2020: sales of ¥188.00 billion, down 6.7% year-on-year; net income attributable to shareholders of the parent company of ¥4.100 billion, down 52.6% year-on-year.Takara Standard said that previously, due to the impact of the epidemic, it is difficult to make a reasonable estimate of full-year results, but With the lifting of the emergency in Japan and the confirmation of fiscal first-quarter results, it is possible to make a reasonable estimate. However, Takara Standard said that this estimate does not take into account the impact of the second wave of the epidemic and other events, so there are still uncertainties.

It is worth mentioning that Takara Standard announced on July 28 that one of its employees, who works as a construction manager at its Kobe City office, has been diagnosed with neo-coronary pneumonia, and has requested that those in close contact with him be isolated at home and undergo health monitoring. According to another announcement on July 30, an employee working at a showroom in Ebina City, Kanagawa Prefecture, who was identified as a close contact of a patient with neo-coronary pneumonia, was temporarily shut down and the showroom reopened on August 3.

Share:
PREV： 700+ Brands On Stage, Hundreds Of Thousands Of People In Focus, What Makes TA Shine “Window Of The World”?
NEXT： World-Renowned Design Masters And Their Bathroom Masterpieces