The Lowest Sales Of 300 Million, The Highest Sales Of 18.3 Billion! The Latest Sales Figures Of The Top 7 Japanese Sanitary Ware Companies

According to the financial reports previously released by TOTO and Lixil, the first fiscal quarter (April-June 2022) sales of the two bathroom giants have increased. Among them, TOTO’s single quarter sales reached 153.5 billion yen (about 7.782 billion yuan), and Lixil even reached 360.3 billion yen (about 18.303 billion yuan), an increase of 5% and 4% respectively. However, the earnings performance of the two giants differed significantly.

TOTO net profit increased by 17%, while Lixil decreased by 65.9%. The latter said it was mainly caused by a decrease in profitability. It is reported that its April-June business profit margin decreased to 1.9% from 6.7% in the same period last year.

In addition to the two giants, Japan also has Rinnai, Takara Standard, KVK, Cleanup, SANEI and other bathroom-related companies. Although these companies have sales growth of varying degrees from April to June, they are also facing the same dilemma of reduced net profit or slower growth. It has the largest net profit drop of more than 80%. Some companies said they will increase prices in the near future to offset the continued high prices of raw materials and energy costs.

Although Rinnai’s main product is water heater, it also produces bathroom products, including bathtubs, bathroom TVs, bath bombs, etc. According to the first fiscal quarter report, Rinnai achieved sales of 95.0 billion yen (about 4.675 billion yuan) from April to June, an increase of 12.45% year on year. Net income attributable to shareholders of the parent company was 7.01 billion yen (about 345 million yuan), an increase of 13.3% year-on-year. Both sales and net income in the first fiscal quarter set new records in Rinnai’s history. 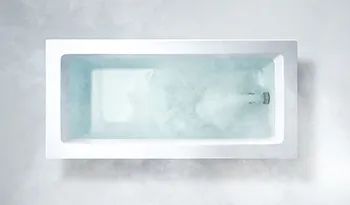 In the financial report, Rinnai separately listed the operation of each major branch worldwide. It showed that Rinnai Shanghai’s sales and operating profit from April to June were 11.94 billion yen (about RMB 588 million) and 1.78 billion yen (about RMB 88 million) respectively, up 6.2% and 3.6% year-on-year. However, in terms of local currency, i.e., RMB, they decreased by 6.0% and 8.4%, respectively. It is reported that Shanghai Rinnai’s main products are water heaters, gas furnaces and hoods. Its scale of operation is larger than that of the U.S. branch and the Australian branch.

Product selling prices have been increased in the reporting period 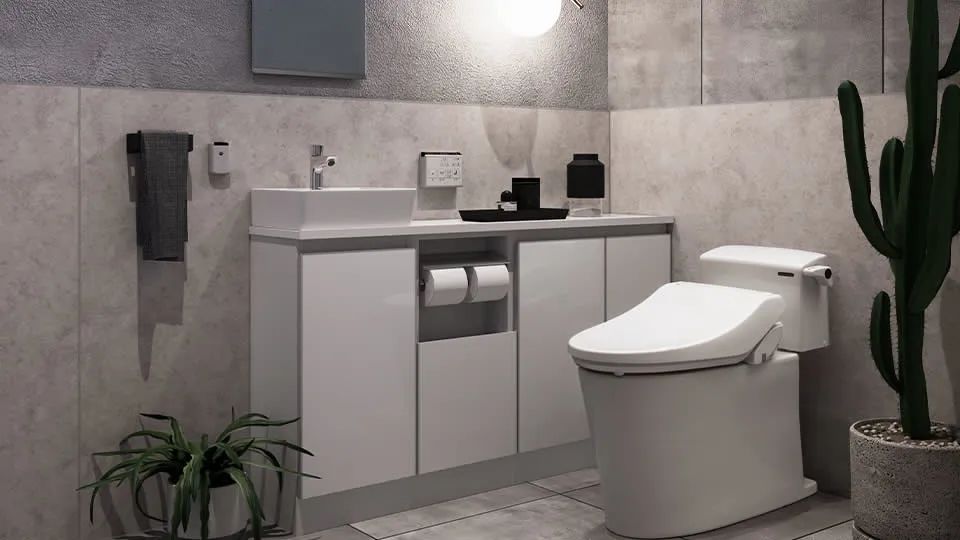 Regarding the current market situation, Takara Standard said that from April to June, although the Japanese economy returned to normal and personal consumption showed the first signs of recovery, there is still uncertainty about the future development in view of high raw material and energy prices and the rebound of the epidemic, etc. Takara Standard revealed that the company adopted measures to improve the selling price of its products in the first fiscal quarter, curb selling expenses, and Takara Standard revealed that the company improved its earnings in the first fiscal quarter by raising product prices, curbing selling expenses and improving production efficiency.

Product prices will be raised again in October

In April-June, KVK achieved sales of 7,070 million yen (about RMB 348 million), an increase of 2.9% year-on-year. KVK said that although the company carried out a round of price increase in April this year to cope with the high cost of raw materials and energy, net profit attributable to shareholders of the parent company was 258 million yen, a decrease of 63.4%. However, net profit was still missing growth due to the impact of the yen exchange rate. For this reason, the company expects to increase the selling price of some products again in October this year. 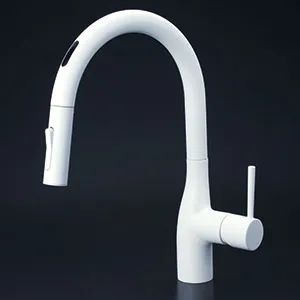 According to the financial report, KVK launched a series of new products from April to June, including faucet products that can be matched with small-sized bathroom cabinets. At the same time, the financial report revealed that KVK’s new factory will be completed and put into production within this fiscal year.

Bathroom business accounted for only 13.4%

According to Cleanup’s first-quarter report, the company’s sales from April to June were 29.206 billion yen (about RMB 1.437 billion), an increase of 8.6% year-on-year. Although sales increased year-on-year, they were affected by higher raw material and energy prices. Operating profit, ordinary profit and net profit attributable to shareholders of the parent company decreased by 42.5%, 34.5% and 35.1% respectively in the same period, with net profit of only 488 million yen. 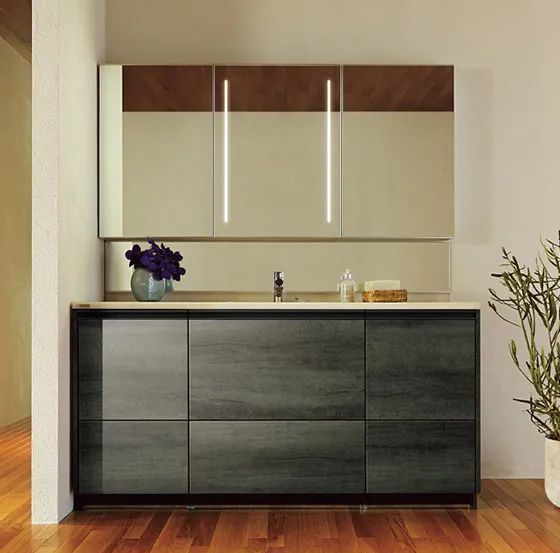 Cleanup has a kitchen division and a bathtub/vanity division, with sales in the kitchen division increasing 10.3% from a year earlier to 23.227 billion yen, accounting for 79.5% of total revenue. Cleanup’s products also include complete bathrooms, but no specific sales figures have been released.

According to SANEI’s (formerly Sanei Water Bolt) first fiscal quarter report, the company achieved sales of 6.423 billion yen (approximately RMB 320 million) from April to June, an increase of 15.0% year-on-year. Despite the increase in revenue, operating profit and net profit for the same period decreased significantly by 72.4% and 83.1% to only 0.97 billion yen and 0.35 billion yen. 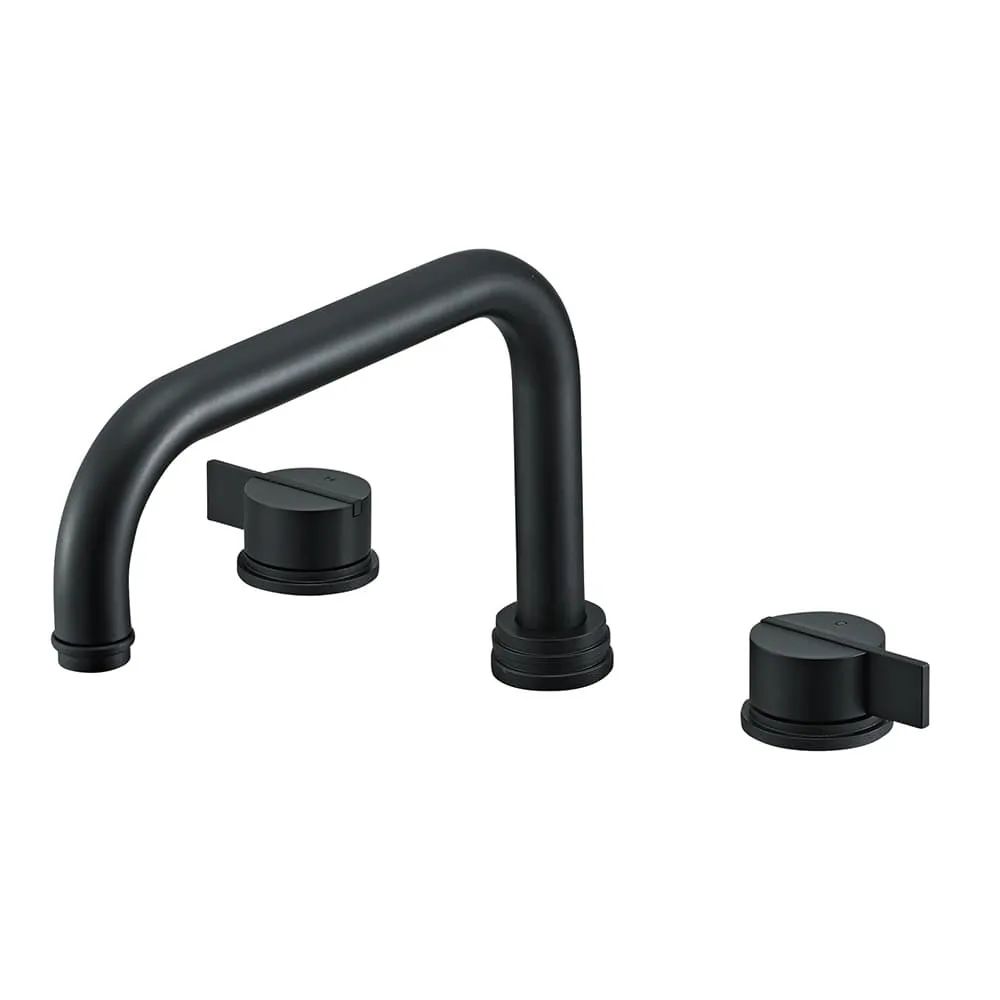 According to SANEI’s policy briefing held in July, the company’s management theme for this year is “Think Life. The main measures include the establishment of a working group to promote carbon neutrality, the study of reducing the materials used for product packaging, the reduction of factory waste emissions, etc., and the request for cooperation with partner companies in terms of quality, cost, and delivery time.