Spanish bathroom brand Acquabella has launched Europe’s largest shower tray production line, according to Spanish media reports. The new production line covers an area of 7,500 square metres and is dedicated to the manufacture of shower trays made of artificial stone. 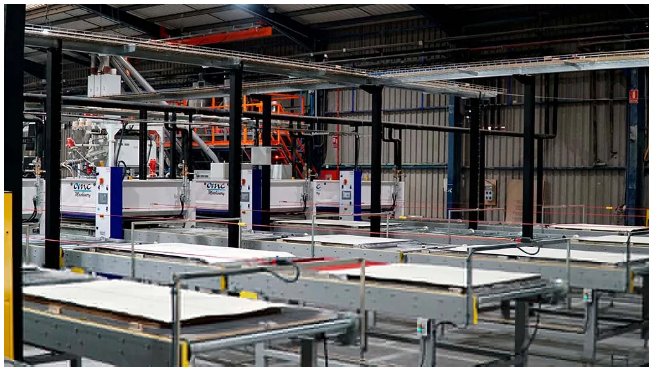 With this expansion, Acquabella’s two lines have increased their production capacity by 150% from 240,000 to 600,000 shower trays per year.

Previously Kitchen News published “Export | Analysis of the main competitors in the European shower tray market, with few manufacturers and many brands”. In the European market, there are currently four main factories producing, Marmite, Acquabella, McBath and F&D. The largest of these is Marmite in Poland.

In just ten years, shower trays made of synthetic materials such as acrylic and resin have occupied most of the French market, with the market for shower trays made of ceramic and cast iron shrinking. Due to the lack of sanitary ceramics and stone factories in France, products made of related materials are concentrated in the southern European region. As a result, sanitaryware made from synthetic materials ranging from acrylic to PVC floods the local market. Spain alone has dozens of factories, most of which are export-oriented, including shower enclosures, furniture, other bathroom fitters, etc.