30% Drop In Exports? State And Local Policies Have Been Introduced To Support This, Benefiting Nearly 13 Million Enterprises.

On September 8, the State Administration of Market Supervision released on its official website the “Implementation Opinions of the General Office of the State Council on Supporting the Conversion of Export Products into Domestic Sales,” which clearly states that it will support export products to explore the domestic market, help foreign trade enterprises to alleviate their difficulties, and provide quality and convenient services to foreign trade enterprises. Long before the release of the “implementation of views”, affected by the epidemic, this year, many places across the country have launched new policies to help enterprises export to domestic sales. In Xiamen, Jiangmen, Heshan and other sanitary ware producing areas, a number of enterprises that were originally export-oriented have found new development opportunities in the face of adversity. 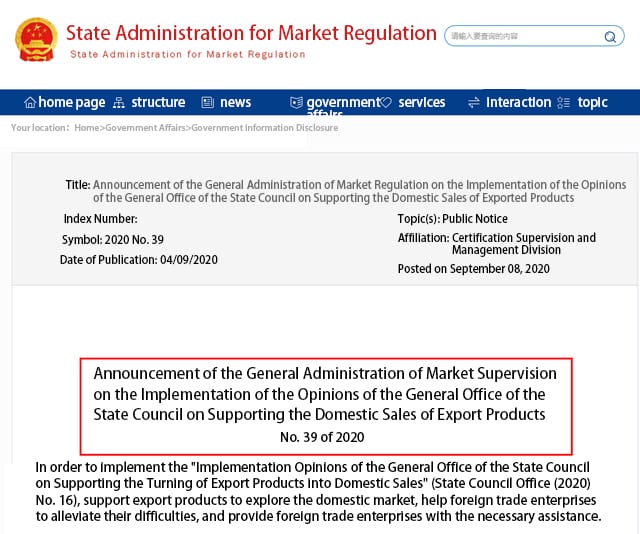 According to a report in the Xiamen Evening News on August 20, Xiamen has more than 200 sanitary ware enterprises so far, with an output value of 40 billion yuan in 2019, almost occupying half of China’s sanitary ware exports. As a mainly export-oriented bathroom producing area, many bathroom enterprises in Xiamen are facing a rapid turnaround in international trade, with customers shrinking order sizes and even canceling orders, poor logistics, a backlog of exported goods and a freezing point in export trade. 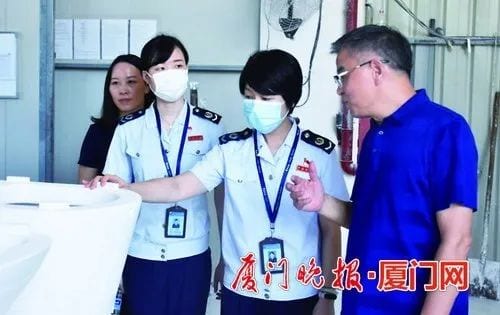 As the largest bathroom accessories enterprise in Asia, Xiamen WDI Technology Co., Ltd (hereinafter referred to as “WDI”), which is known as the “king of bathroom accessories”, exports nearly 50% of its products to the European and American markets. After the outbreak of Xinguan epidemic in the international market, WDI’s export orders have been greatly impacted, with overseas orders decreasing by 25% in the first half of the year. Therefore, WDI shifted its market focus to the domestic market, continuously expanded its sales channels and reduced the proportion of European and American markets in the company’s sales market. At the same time, WDI optimized and reorganized the company, and joined hands with affiliated companies to continue to expand investment in research and development, develop machine-to-machine and intelligent manufacturing, thus achieving quality and efficiency improvement.

The cashing of tax preferences has brought financial support and buffer space for WDI to switch to the domestic market. It is understood that WDI has enjoyed nearly 9.9 million yuan in the first half of the year as policy dividends from social security reductions and exemptions, value-added tax rate reductions and export tax rebate rate increases, plus more than 17 million yuan in deductible R&D expenses invested last year as a high-tech enterprise, WDI can also enjoy nearly 3 million yuan in tax reductions.

Positioning Of The Domestic Bathroom Pipe Bend NO.1

Affected by this year’s global epidemic, raw materials in can’t come, finished products can’t come out. The “two out” trade model, the epidemic so that many export enterprises in Jiangmen face a double squeeze, the domestic market into the processing trade enterprises to survive the hope.

According to the “Southern Daily” report, in the product exhibition hall of Jiangmen Sanitary Ware Co ( hereinafter referred to as “Sanitary Ware”), all kinds of beautifully made sanitary ware accessories are readily available. As a little-known sanitary ware parts manufacturing enterprises in Jiangmen, in the past period of time, the force Pu bathroom mainly for some of the sanitary ware international brands to do OEM, the United States Kohler, Japan TOTO and other first-line brand products, many of the parts and accessories are provided by the force Pu bathroom. Last year, the output value of the Sanitary ware reached 350 million yuan, of which export accounted for 70%, domestic sales accounted for 30%.

This year the epidemic has a great impact on the European and American markets, from the first half of the business conditions, the sales of the Lippo bathroom fell by about 30% year-on-year. Until the beginning of July, due to the timely shift to the Japanese market and the domestic market, the business situation gradually improved, to a certain extent to reduce the impact of the decline in the European and American markets. In addition, through the live e-commerce and other new models to expand sales, online and offline to compensate for the shortcomings of traditional trade, has also become one of the important way to turn domestic exports of the Lippo bathroom.

In addition to the layout of e-commerce, remodeling the production process is also an important means of export to domestic sales in Jiangmen enterprises, “workshop revolution” is being intensively performed by various enterprises. In the sanitary industry, there are many differences between the foreign trade market and the domestic market, which also brings a lot of challenges to the transformation of the Sanitary ware. Sanitary products spare parts, for example, in the past, the force Pu bathroom products provided to international brands, manufacturing materials are mostly higher-cost brass. 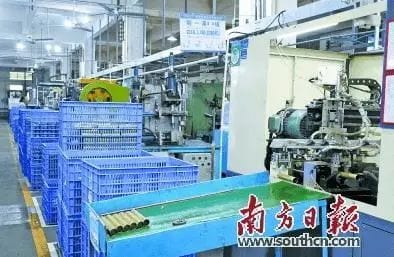 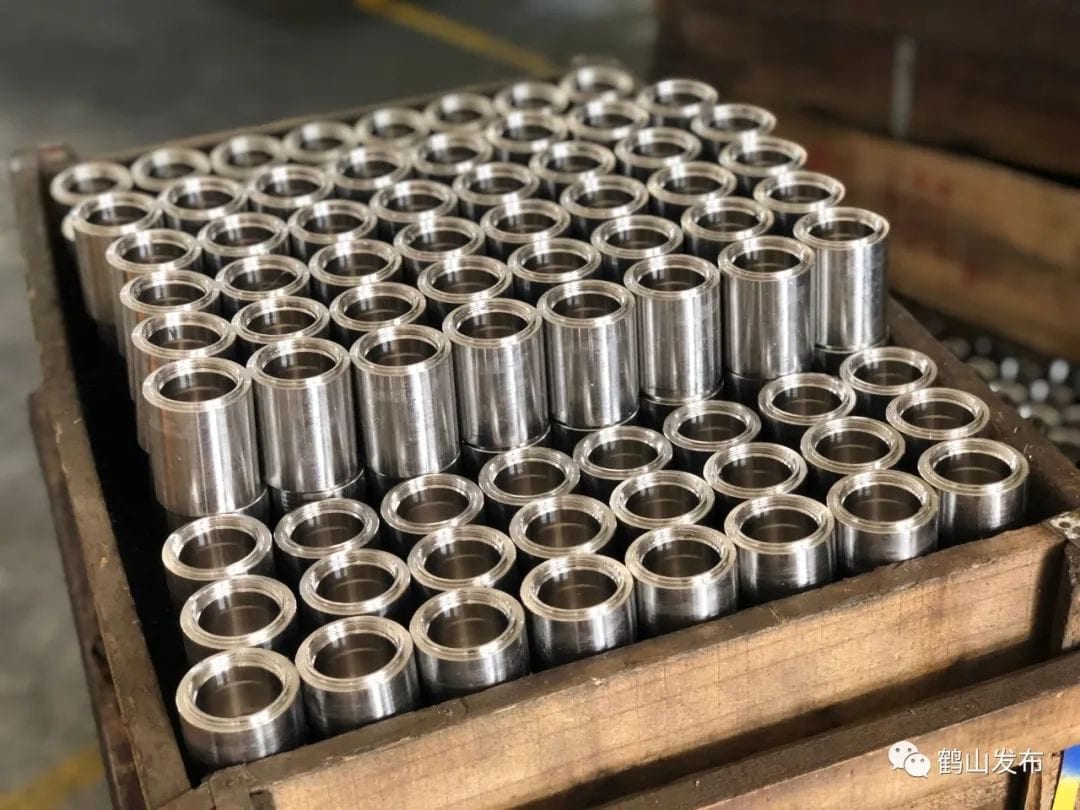 In the face of adversity, Qianke Sanitary Chairman Sun Yuebin according to his many years of experience in the field of stainless steel materials, timely adjustment of the business model, keeping the original workforce unchanged, in addition to an additional 28 workers, the establishment of a new factory, specializing in the domestic market. 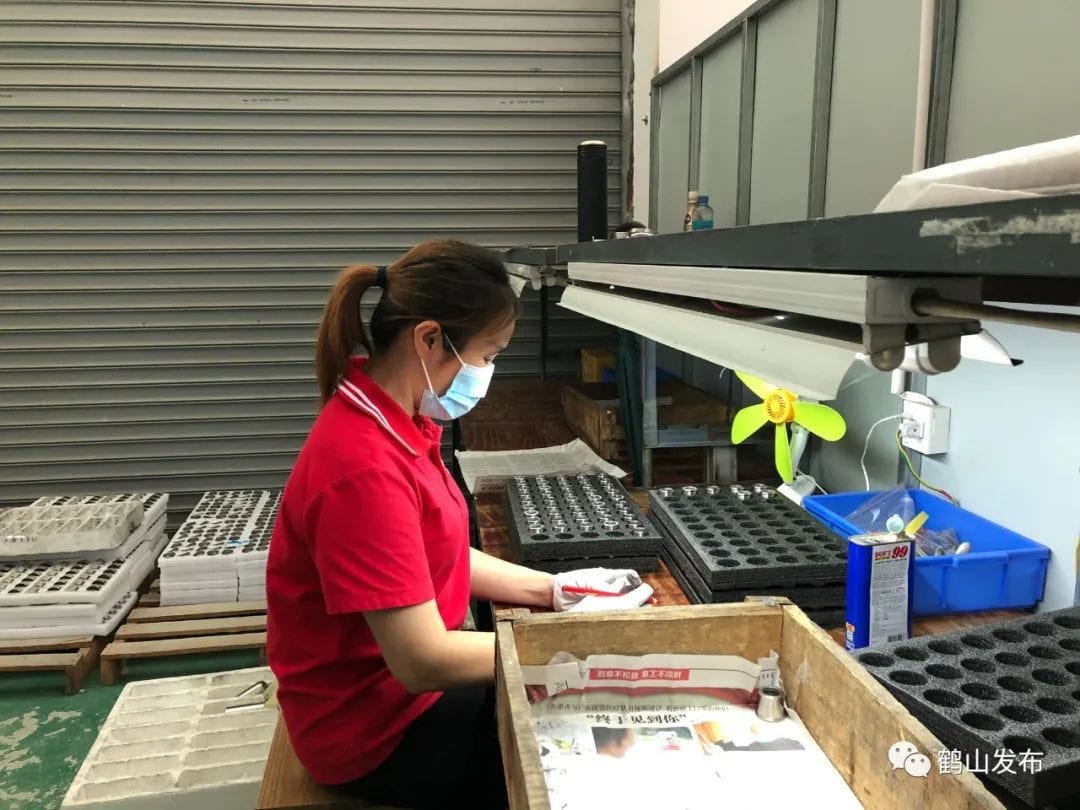 In an interview with the Heshan City, Sun Yubin said: at first he set up his own new factory to do domestic sales, on their own equipment, the materials sent out to other enterprises to do processing, and then shipped back to their own enterprises to assemble, now do it smoothly but think that the domestic sales temporarily better than the export to do a little. 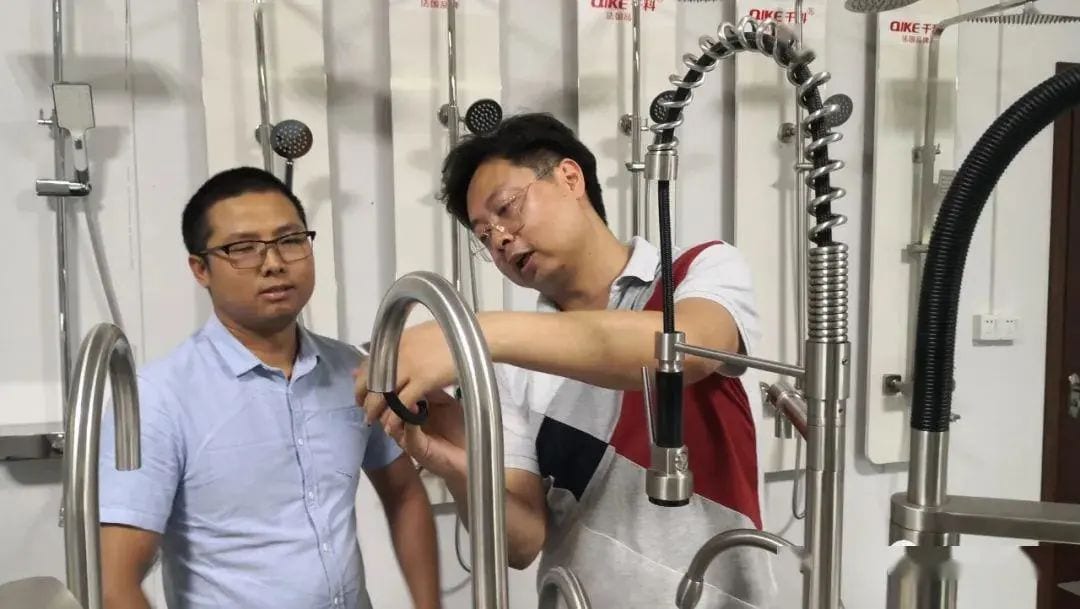 After a period of exploration, Sun Yuebin’s new plant operations gradually on track, the products began to sell well in the domestic market, the monthly output value of nearly 200 million yuan. Sun Yubin said, now do domestic sales prospects are broad, but must ensure that the quality of the premise, be sure to lower costs, so that the daily production capacity into cash flow, so that the enterprise to survive, to survive.

In addition to these sanitary ware origin, in September Xinjiang, Anhui, Guangxi, Hebei, Chongqing and other provinces, municipalities directly under the Central Government have introduced a series of local policies to support exports to domestic sales. In the domestic and international double cycle of the new economic situation, ceramic bathroom enterprises need to face the opportunities and challenges of the double-cycle era, pay more attention to the balanced development of the domestic and international markets, internal search for incremental market space, external adapt to the new normal of the international market.

Share:
PREV： Super Five-Star, The Value Of These Net-Worthy Bathrooms In China Is So High!
NEXT： January-August More Than 21 Bathroom Company Assets Were Auctioned Off