According to Geberit’s recently released semi-annual report, the company saw double-digit growth in almost all financial figures in the first half of 2021. Among them, sales increased by 24.9%, EBITDA (earnings before taxes, interest, depreciation, and amortization) increased by 35.5%, and net income increased by 46.1%. But the second-quarter sales growth was the largest single-quarter increase since the company went public, and Geberit said one of the reasons for the profit growth was the price increase. It is reported that the company has recently opened price increases in some markets, from its first-half results, the current round of price increases have achieved significant results. 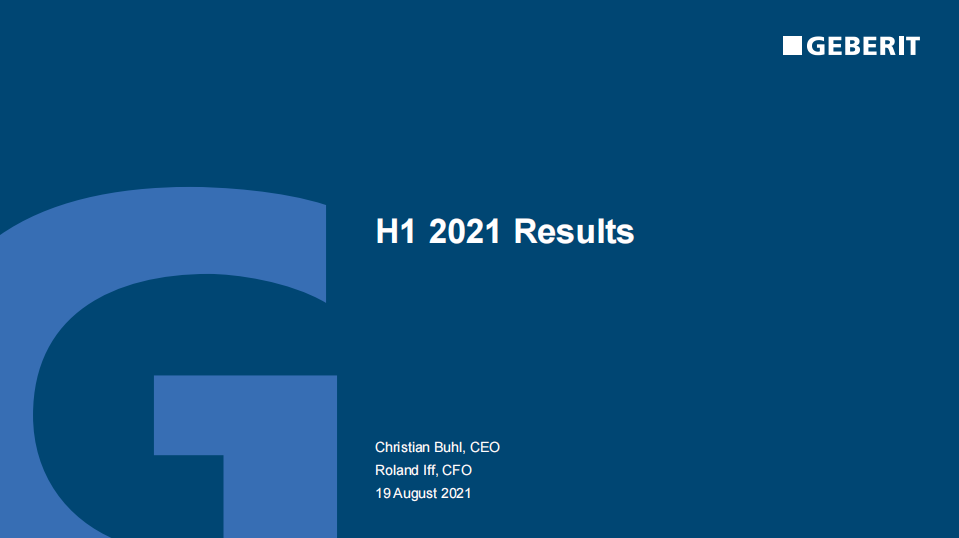 First-half sales of about RMB 13 billion

On August 19, local time, Geberit released its report for the first half of 2021. From January to June, Geberit achieved sales of CHF 1.833 billion (approximately RMB 13.014 billion), an increase of 24.9% over sales in the first half of 2020 during the outbreak period, and 12.7% over the same period in 2019. In particular, sales in the second quarter reached CHF 924 million (approximately RMB 6.560 billion), an increase of 37.8% year-on-year and the largest single-quarter increase since Geberit’s launch.

By region, among the four major markets, the Middle East/Africa, Asia Pacific, and Europe all achieved double-digit growth, up 54.6%, 41.6% and 24.4% respectively, while the US grew by 5.7%. Adjusted for currency effects, Geberit achieved double-digit growth in all major global markets in the first half of the year. The market with the largest share of Geberit sales is still reported to be Germany, accounting for 32% of the company’s global sales. As a comparison, the Middle East/Africa, Asia Pacific, and the United States account for only 2%, 3% and 3% of total sales, with high potential for growth.

In terms of products, among the total sales of CHF 1.833 billion, installation/flushing systems, plumbing systems and bathroom systems contributed CHF 699, 561 and 574 million respectively, all representing an increase of more than 23%. It is understood that, although Geberit’s category is roughly divided into 3 major systems, in fact, each system contains a very rich subdivision of products. For example, the bathroom system contains sanitary ceramics, bathroom cabinets, showers, bathtubs, faucets and control devices and other products, the plumbing system includes water, heating, gas and other media piping products. The installation/flushing system is a category in which Geberit has core technology and is the most important product for Geberit.

In terms of profit, Geberit achieved an EBITDA of CHF 626 million in the first half of the year, up 35.5% year-on-year. The net profit was CHF460 million (RMB3.266 billion), up 46.1% year-on-year, and Geberit said the profit growth was driven by volume effects and sales price increases. 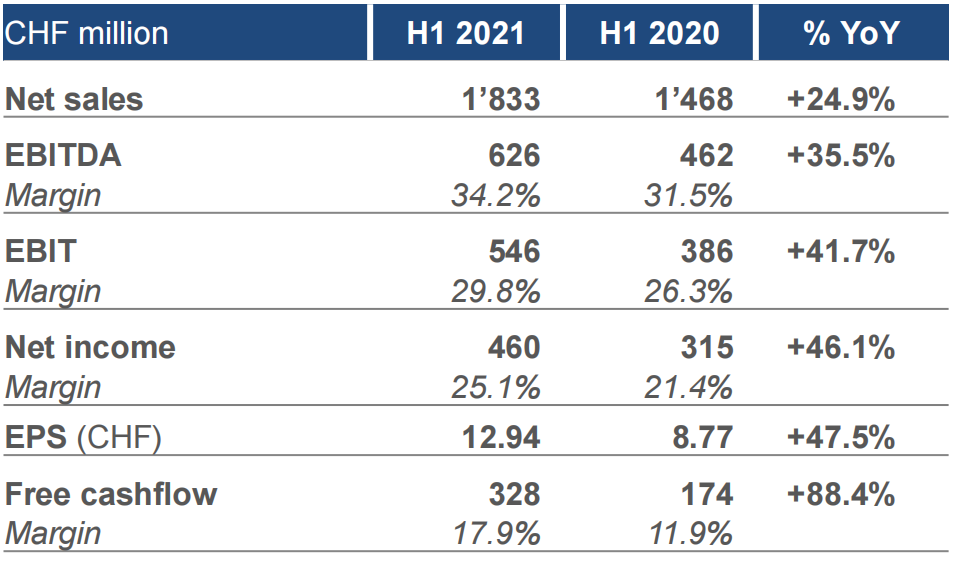 In the report, Geberit made several references to raw material prices. According to Geberit’s publicly available data, the price of raw materials fell slightly since the outbreak in April 2020 and continued to rise slightly from July of the same year. By December 2020, it began to rise significantly. The year-end price for 2020 was Price Index 100, and in July 2021 the Price Index had risen to 114, i.e. a 14% price increase from the end of last year. Currently, it is also maintaining a large increase, and Geberit expects raw material prices in the third quarter of 2021 to increase by another 6 percentage points from the second quarter. 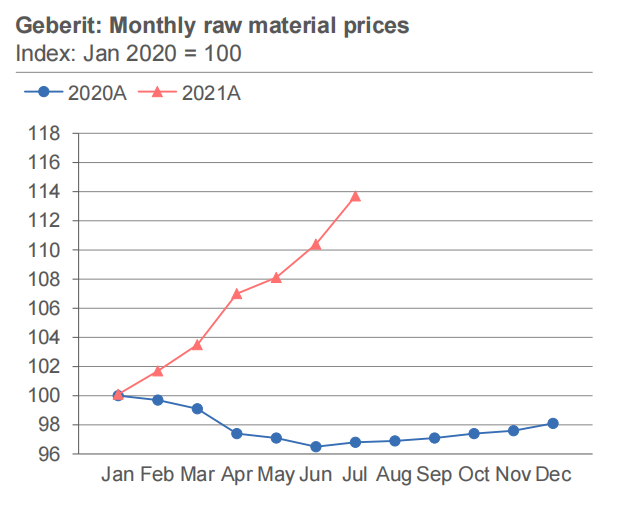 Geberit uses higher product selling prices to offset raw material price increases. Recently, Geberit raised product prices in some markets. In its previous earnings report, Geberit also stated that the increase in profit was due to price increases. As of June 1, 2021, Geberit also increased product prices in the U.S. market by 3.5%. Looking at the net profit figures for the first half of the year, it is clear that the current round of price increases has had a positive effect on Geberit’s management and investors.

In February, Geberit was rated by Vanke as a B-rated supplier for the same floor drainage, the highest grade in the category, while another brand on the list was only rated as qualified.

In May, Geberit exhibited at the Shanghai Kitchen & Bathroom Show under the theme “Precision Water Supply and Drainage, Healthy New Bathroom”. It presented a wide range of front and back-of-wall products, including the Chinese debut of the Geberit One series.

In May, Geberit USA announced a 3.5% price increase, effective June 1.

In July, Geberit appointed Tobias Knechtle as the group’s CFO. He will join the company on November 1, 2021, and will succeed the current CFO Roland Iff from January 1, 2022.

In August, First Financial aired a major series “Shanghai City Renewal”. This is said to be the story of Geberit’s contribution to “Sustainable Building Development, the Road to Urban Renewal”.

Share:
PREV： In The First Half Of The Year, The Intelligent Toilet In The Real Estate Finishing Market Grew By 41.4%, And The Scale Of Customized Bathroom Cabinets Reached 57.7%
NEXT： Oppein Selected Cases | The Bathroom Will Look Great When Installed Like This!