Irish playwright George Bernard Shaw once said that home is the only place in the world where human flaws and failures are hidden, but it also contains sweetness and love.

For the Chinese, the meaning of home is even more profound, it makes the ordinary days have a special taste. It carries generations of people’s ultimate fantasy of life and belonging, narrating the Shaohua years of generations of Chinese people. Behind each Chinese home is a picture of life in a particular era.

On April 23rd, the three-day “Chinese Home” immersive creative life exhibition kicked off at the East Plaza of Sanlitun-3.3 Building in Beijing. As the first brand of Chinese sanitary ware that witnessed and grew up with the change of “Chinese people’s home” during the reform and opening up, Jomoo was invited to participate in the exhibition and created an intelligent sanitary ware exhibition area with the theme of “Life with wisdom” to symbolize the good life. The “product wisdom” of the new national product salute to the new era. 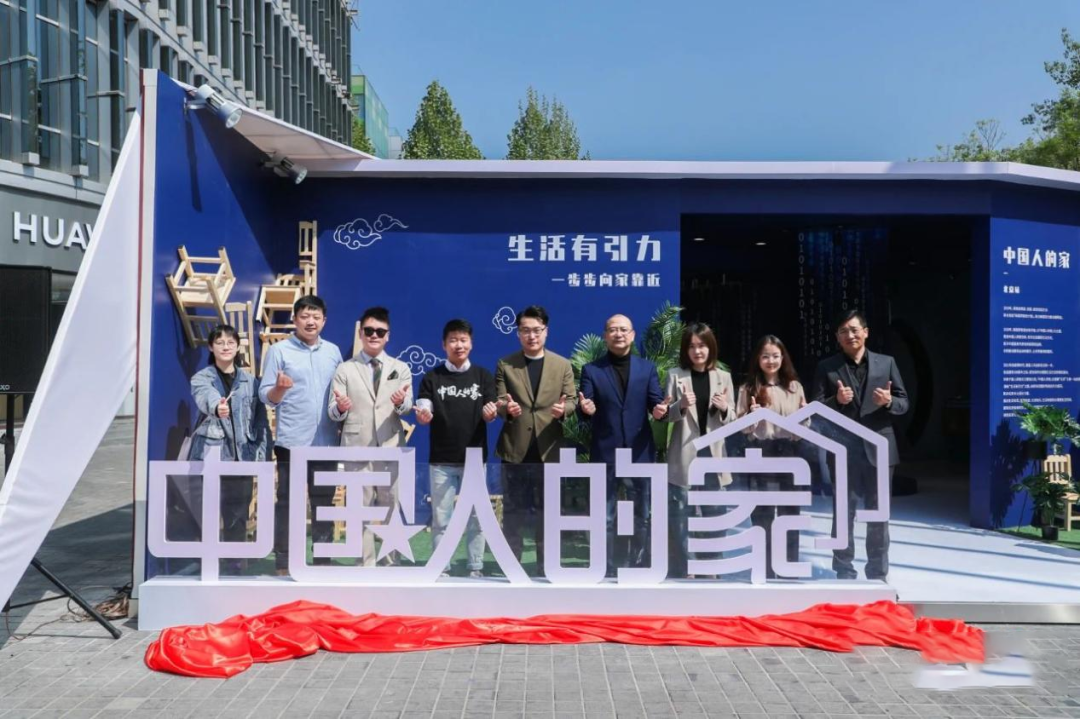 It is understood that “Chinese Home” is initiated by Youju, 890 New Business School and Wu Xiaobo Channel, together with Wu Wei, Design Director｜Wu Wei, Co-founder of Design Together, Sanlian Taofen Bookstore, Sanlitun 3.3, and home furnishing enterprises representing the backbone of Chinese manufacturing, aiming to gather the power of life and deliver it to more Chinese people. The purpose is to bring together the power of life to more Chinese families. 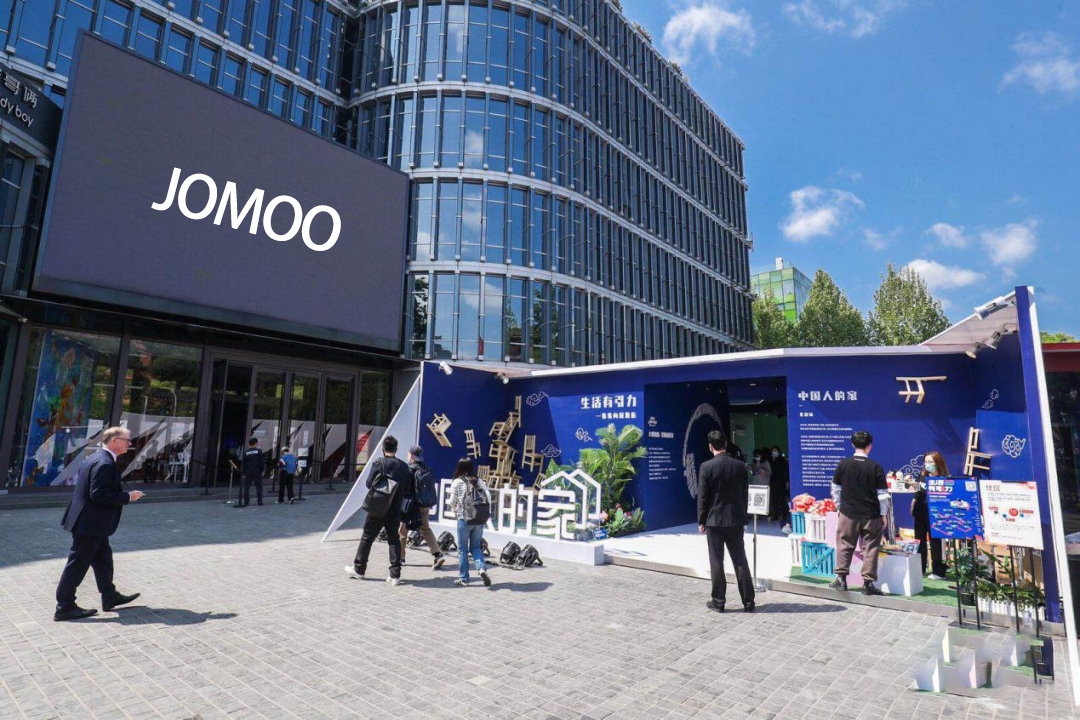 Walking into the “Life with Wisdom” exhibition area created by Jomoo, the interior space is quite modern and minimalist. It is mainly colored in treasure blue, with a collection of popular music, healing words and other conceptual elements. It has made the bathroom a pure land for relaxation, and brought its “black technology” products – M9 intelligent suite, presenting a high-quality intelligent bathroom space as a whole. The first day of the opening attracted many fans and fashion trendsetters to hit the scene. People have exclaimed “this is too good-looking!” , “China’s toilets are so advanced!” , “fun to not want to leave”. 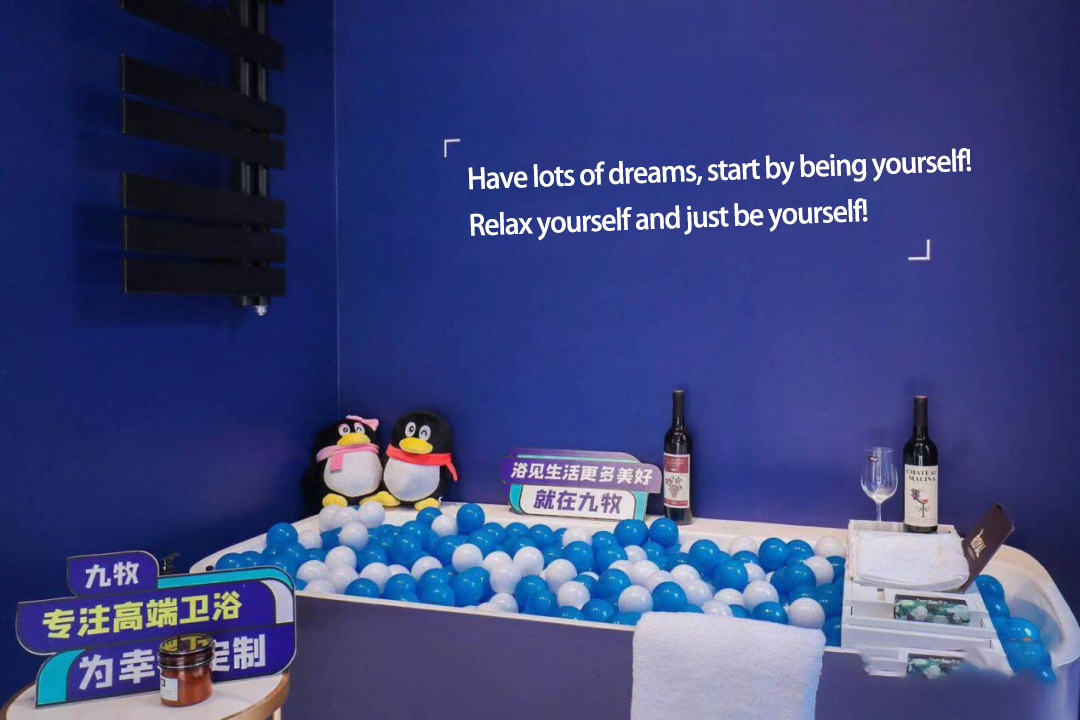 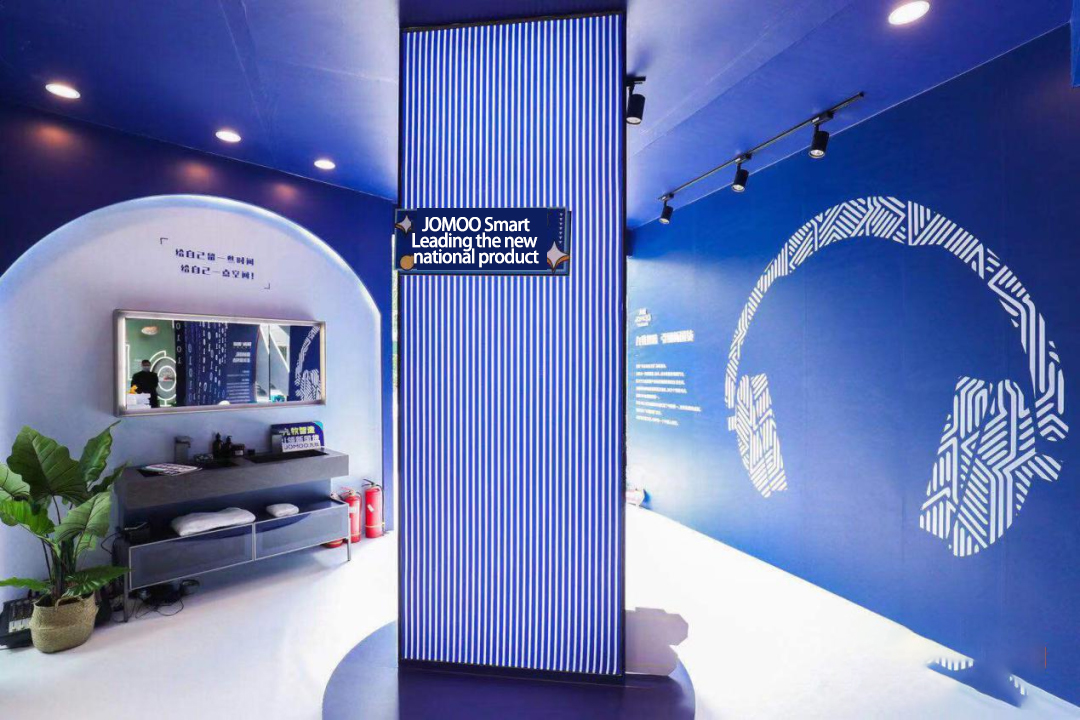 Standing in front of the M9 bathroom cabinet, the mirror front light automatically turns on. The original bath mirror only has a single function, but now it is gradually replaced by a multi-functional and novel magic mirror, which can check the weather, watch news, play music, and also measure blood pressure and blood lipids, and measure the skin condition. In addition, Jomoo also exhibited a number of intelligent products such as magnetic levitation shower room and I90 intelligent toilet. 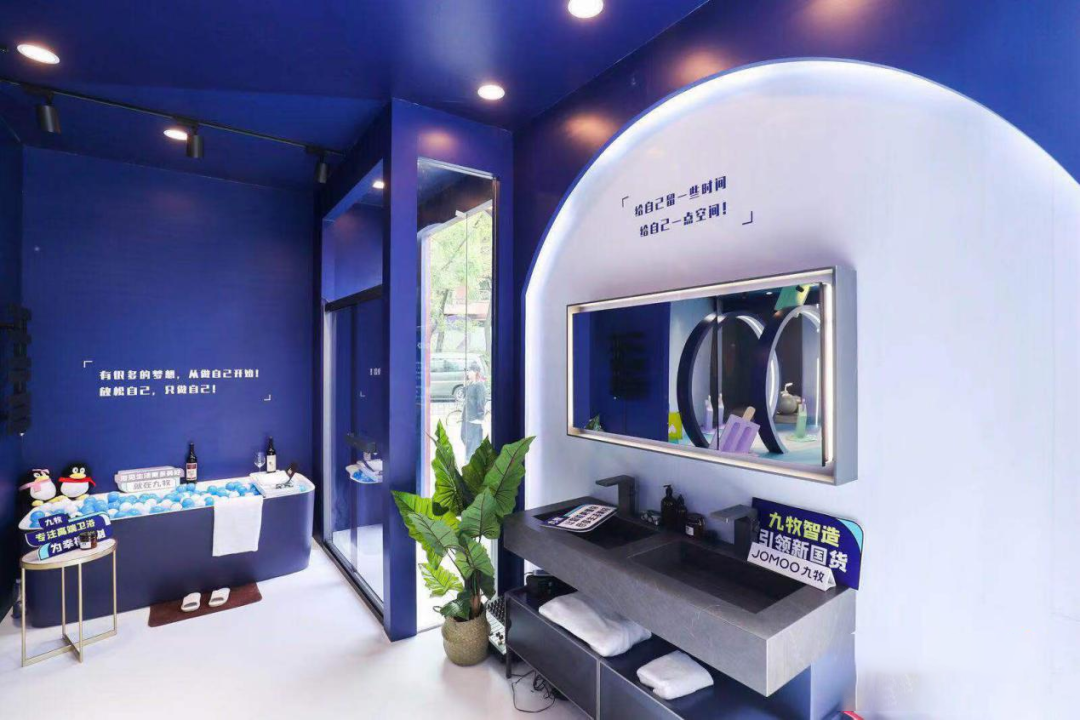 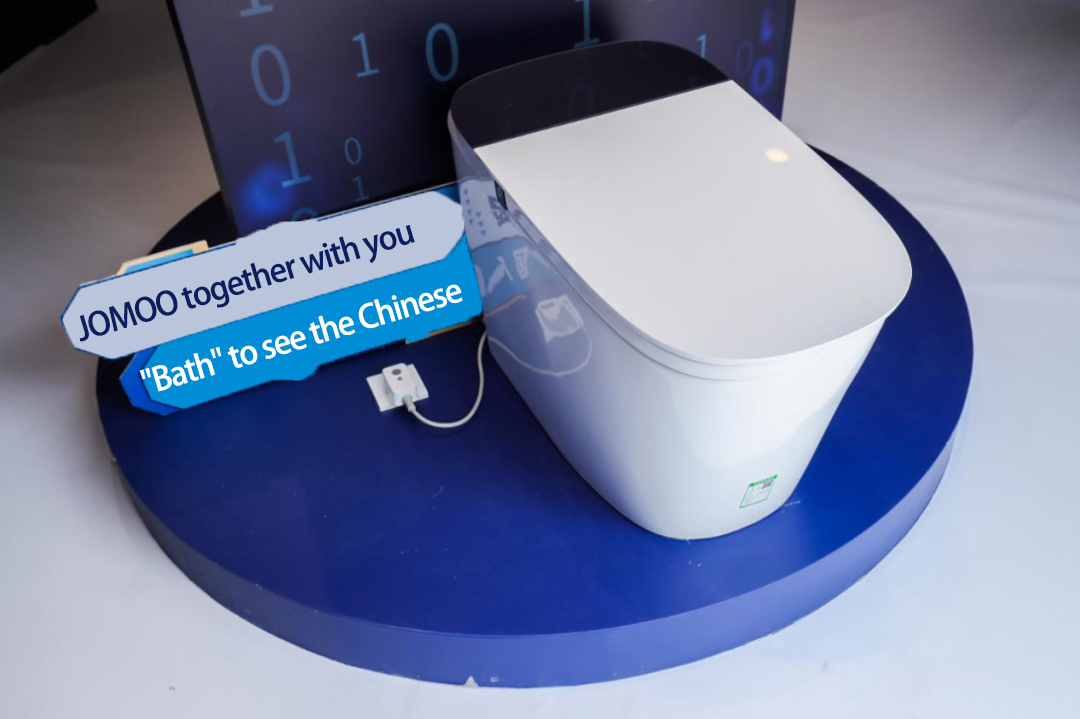 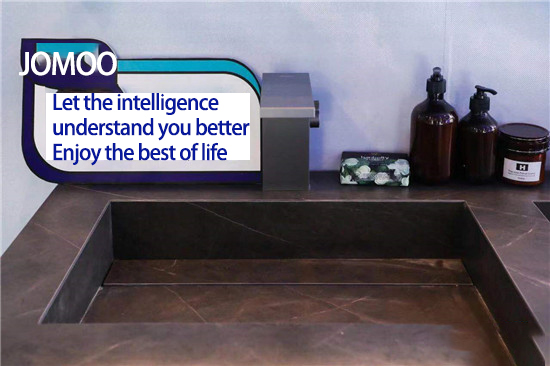 From the open-air cesspit before the reform and opening up to the intelligent toilet and intelligent bathroom suite of Jomoo today, the huge changes that Chinese people’s homes have undergone during the historical changes are not clear in just a few words, but what remains the same is people’s aspiration for a better life. The evolution from product intelligence to scene intelligence. It gives the Chinese home a wonderful intelligent experience and opens a new era of “intelligent” bath.

Powerful interpretation of the charm of the new national product

At the beginning of this year, Wu Xiaobo, a famous financial writer, was a guest at Jomoo’s 30th anniversary live party and publicly praised Jomoo as a new manufacturing enterprise that is different from traditional manufacturing enterprises, but a new manufacturing enterprise that is future-oriented and willing to help the nation pursue a better life. During the two sessions, Wu visited Jomoo’s 5G factory as a new national product recommendation officer and a national mainstream media delegation to unveil the strength of Jomoo’s intellectual manufacturing, which not only received heavy coverage from domestic mainstream media such as CCTV and Xinhua, but also received high attention from overseas authoritative media.

The reason behind getting the attention of senior industry observers and media is due to Jomoo’s thirty years of dead-on technology and taking the actual needs of Chinese consumers as kuigao, creating products and functions that meet the needs of Chinese families.

And it is this kind of thoughtful insight and the pursuit of technical excellence that has moved Chinese consumers and forged the quality of Jomoo’s products as “good products with good wisdom”, as well as laying the foundation for its pragmatic “new national products”. These are all in line with the concept of the “Chinese Home” project, making it the only bathroom brand selected for the “Chinese Home” lifestyle exhibition. 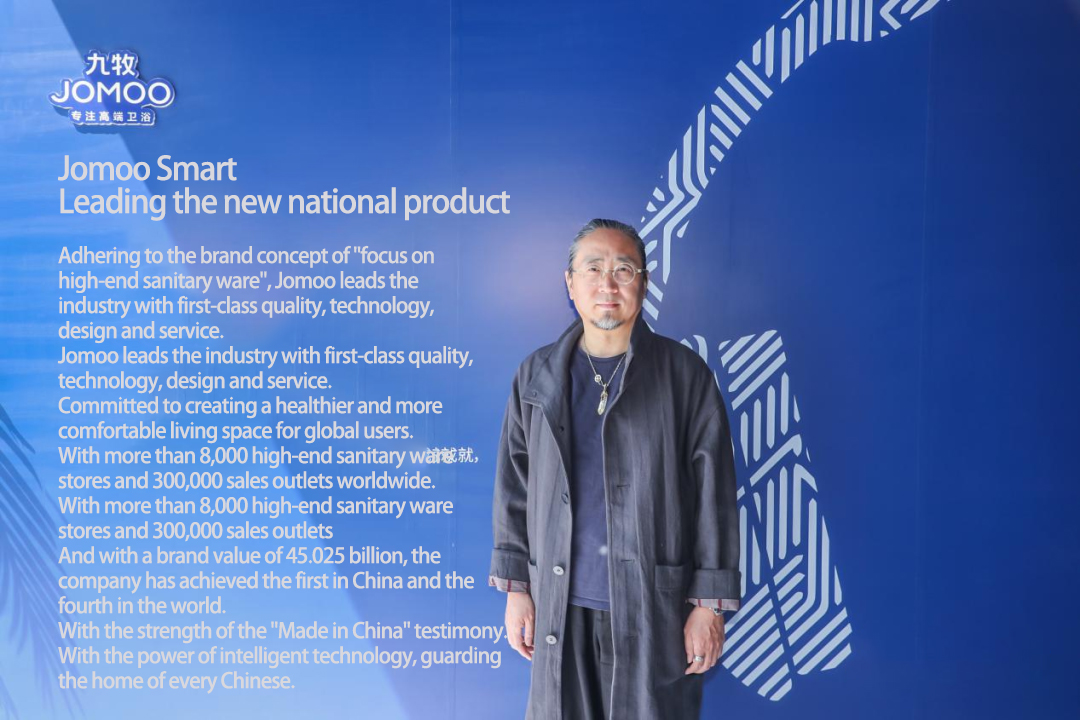 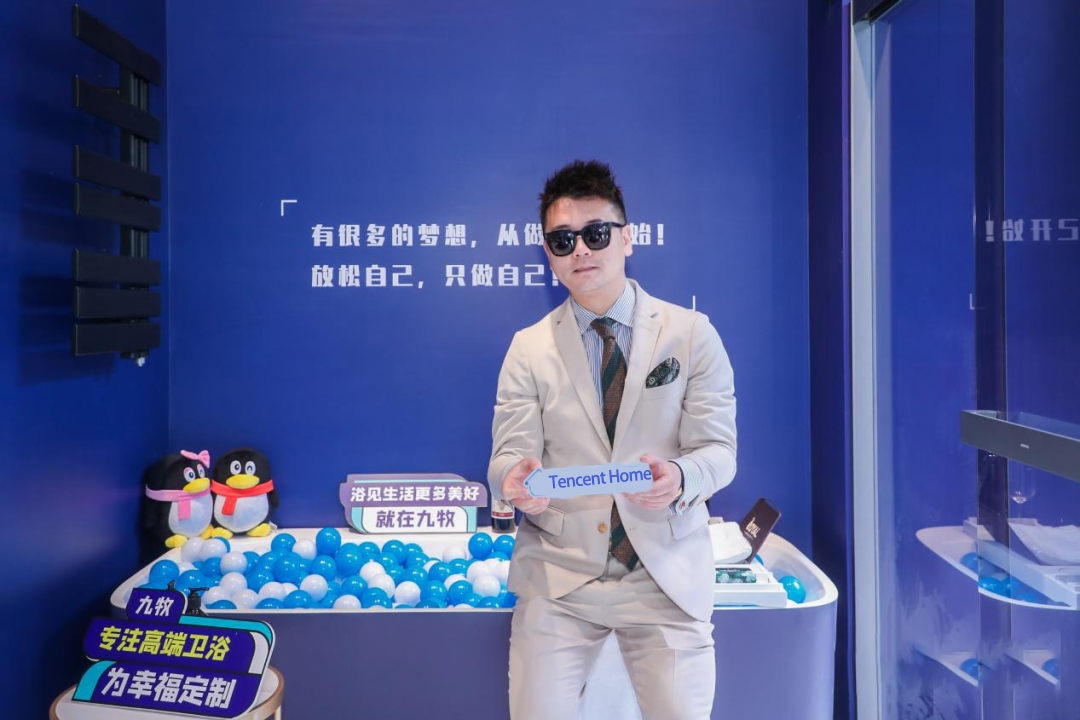 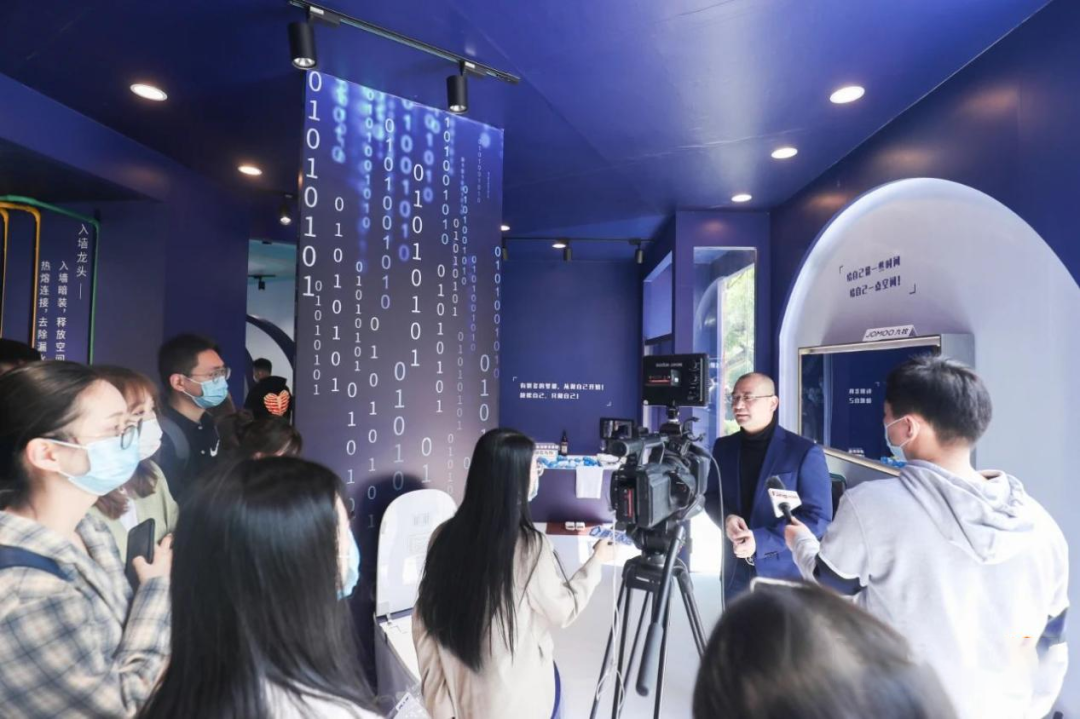 “In the past 30 years, Jomoo has been insisting on innovation, originality and craftsmanship, constantly breaking through the technical barriers and redefining the bathroom space with intelligent technology. It increases the experience through the interconnection of everything, so that space, products and technology are no longer cold, and constructs a new and beautiful way of life linked to the future.” In an interview with the media at the flash show, Jomoo Group brand vice president Yan Zhen said.

Conclusion: The new national product is a new business model, a new way of expression, and leading a new way of life. As a leader in the sanitary industry, Jomoo insists on independent innovation, frequently supports the quality of national products with actions, leads the intelligent lifestyle with technical strength, innovates the expression of the national trend, becomes the representative of the new national brand, and makes the voice of the national brand in the world. I believe that in the future, there will be more and more “top goods” made in China like Jomoo to the peak of the world brand impact, there will be more and more Chinese people willing to advocate for national products, and look forward to the future of Chinese people’s homes are clear national products!