In 2016, Japanese economists put forward the “cat economics theory”: in any industry, as long as the cat is used well, it will certainly be profitable. The trend-setting international luxury goods were the first to see the derivative business opportunities beyond the regular pet consumption, Bottega Veneta, Gucci, Hermès, Louis Vuitton, Prada and other brands opened up professional pet supplies line, the introduction of expensive pet fashion products.

According to the American Pet Products Association, more than 80 million households in the United States have pets, and the pet ownership rate has risen from 56% to 68% of all households in the past 30 years. And in Russia, more than half of the population owns cats. And as China is the fastest growing market for pet consumption, more and more cute pet bloggers can be seen on social platforms such as Weibo and Xiaohongshu in recent years through the operation of some pet industry MCN agencies.

The pet economy is also driving the growth of the segmented pet industry, and in recent years, many companies specializing in the production of only bath and shower for pets have emerged in China. In the recent past, Hansgrohe, LIXIL and Daiwa Housing Industries have launched pet bathroom products.

Recently, Hansgrohe Innolab department jointly launched a 3D printed dog shower head with EOS GmbH in Germany, priced at 84 euros (652 yuan). In Europe, 3D printed materials need to be certified for drinking water before they can be used in consumer goods and food applications. 3D printed products need to be finished by 3D modeling, after laser sintering or after polishing and dyeing. Due to, no welding, no mold manufacturing and only separate installation of internal diverter valves, outsourced 3D printed products are more cost effective.

Complete bathrooms for cats sell for up to 20,000 RMB

Japan’s Daiwa House Industry Co., Ltd. has released a complete bathroom designed for cats, priced at 363,000 yen (RMB 21,652.95). The kit, 98 cm wide x 59 cm deep x 110 cm high, opens to a dedicated bath with a shower, hairdryer and space for miscellaneous items in the upper half, and a cat toilet bowl under the cabinet that automatically handles urine. 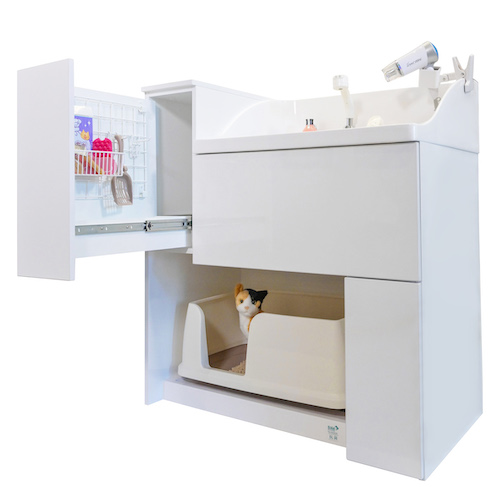 LIXIL, in collaboration with pet insurance company Anicom Insurance Co., Ltd. has launched a cat wall that can be moved by attaching magnets to the wall, allowing the layout to be freely changed to suit the personality and growth of the cat. 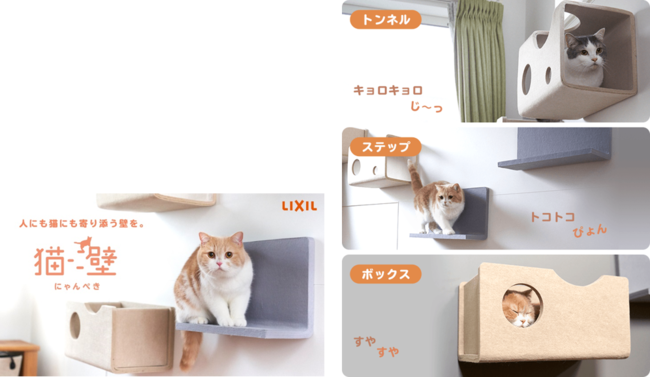