The UK’s Daily Financial Times reported that this was a compromise reached between Sri Lankan sanitary ware manufacturers and importers, allowing a 50% relaxation of import restrictions on some ceramic products to meet local demand for sanitary ware, while also ensuring that local manufacturers are free to supply products in the event of increased demand.

Importers agreed to increase tariffs from the current 15 percent to 30 percent. On the duty rate, both sides agreed to a uniform rate of LKR 125 per kilogram ($4.1513/kg). Currently, some sanitary ware products will enjoy zero tariff, while others will be charged at 15 percent or LKR 40 per kilogram ($1.3284/kg).

However, according to the announcement, some ceramic goods (HS codes 69.06 and 69.10), only apply to goods imported with bill of lading date in February 2021 or later, while only import under a 180-day foreign supplier credit or any other foreign credit, effective from the date of shipment of the sea bill of lading or the date of the air waybill. 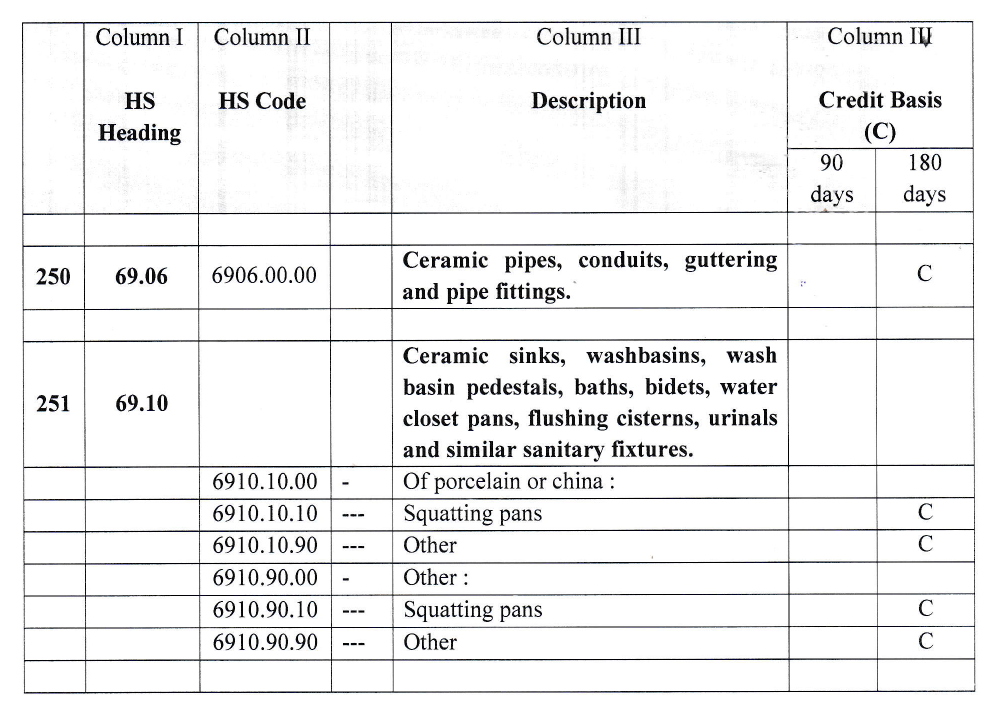 In addition, kitchen and bathroom information also noted that the China Chamber of Commerce of Minerals, Metals and Chemicals Import and Export recently released a message that in 2020 after the start of the ban in Sri Lanka, its vice president unit Huida bathroom and tile export enterprises such as Foshan City Nalai Building Materials Co., Ltd. under the reflection of the Association through the Sri Lankan Ambassador to China, the Ministry of Commerce Asia Department and the Department of Economic and Trade Affairs in Sri Lanka, such as multi-bilateral coordination mechanisms or economic and trade cooperation meetings and other channels Ltd., urged the Sri Lankan government to lift the restriction as soon as possible to reduce the negative impact on our foreign trade enterprises.

According to the Sri Lanka Morning Post, Kamil Hussain, head of the Sri Lanka Tile and Sanitary Ware Import and Export Association, pointed out that “there are only two local manufacturers, so there is a monopoly or double oligarchy in the market. If there were no import producers, the market would be completely in the hands of these two companies.” In addition, local manufacturers can only meet 50-60% of the country’s demand and the market is chaotic, even to the extent that dealers buy tiles from local manufacturers and re-sell them on the black market for 700-1000 Sri Lankan rupees ($23-33) per tile. 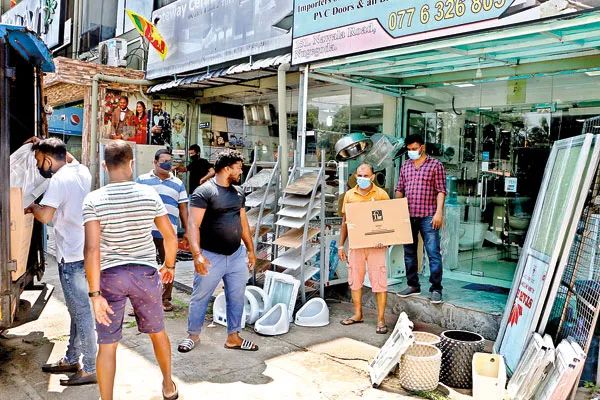 In addition, according to an interview with local importer Sheffick Rajabdeen in the Sunday Times, there are also cases of “falsification of production sites”. According to the report, some local companies claiming to manufacture products in Sri Lanka are in fact faking products previously imported from China that are being put on the market as “Made in Sri Lanka” and sold locally. The ban has also severely affected local importers, real estate and homeowners awaiting renovations, with reports that 13 of the 18 warehouses of a major local import company have been closed and 180 employees reduced to 18. Meanwhile, realtors are required to pay 2x liquidated damages due to their inability to complete work on time. Landlords are required to pay more for rentals as they are unable to complete renovations and relocate on time.

In addition, prices skyrocketed due to a severe oversupply in the market. A 2×2 foot tile that used to sell for LKR 650 now fetches LKR 1750, while an imported regular toilet sells for LKR 22,000. However, due to the lack of stock, a similar product from a local production site can cost up to 43,000 LKR.

Attach the full text of the regulations 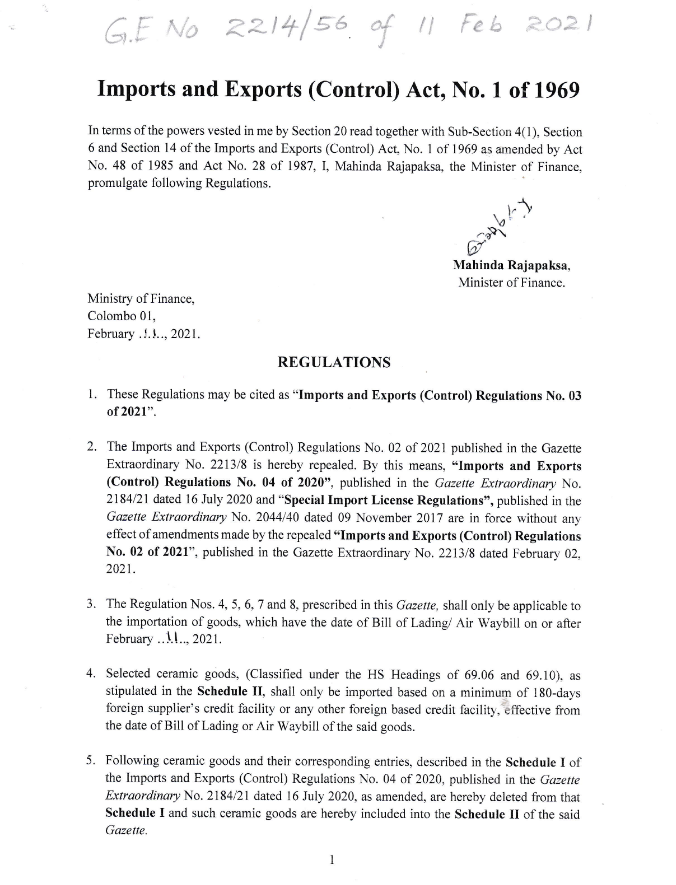 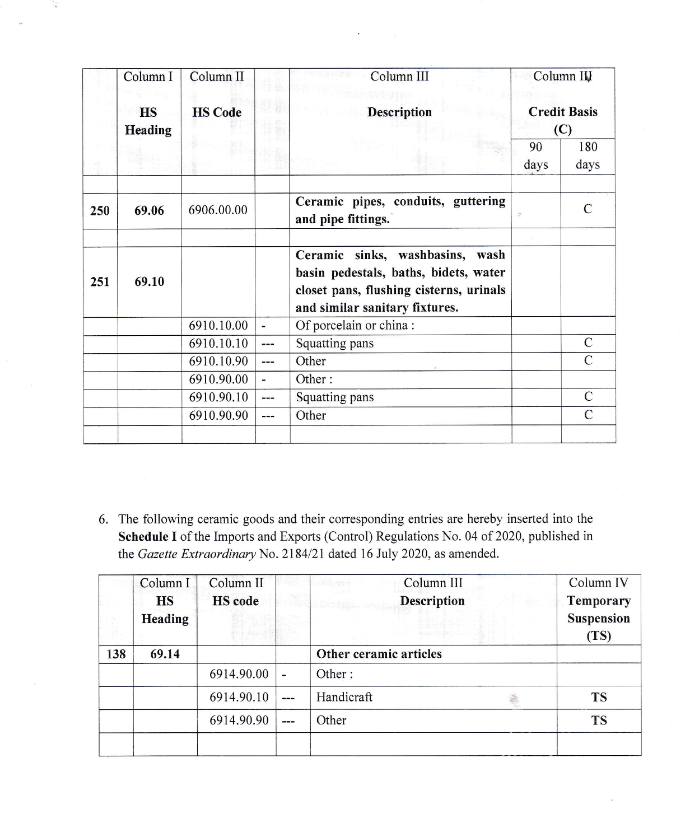 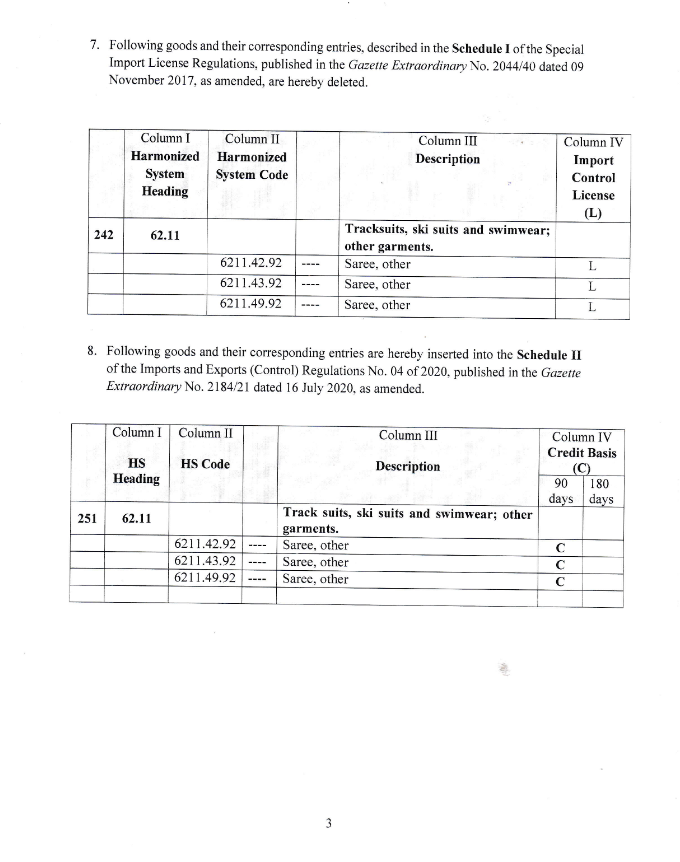