Huayi Sanitary Ware is one of the benchmark enterprises of Chinese sanitary ware, which is regarded as a model by many local enterprises. It entered the domestic market with full force in 2011 to build a national brand. After several years of steady development, Huayi Sanitary Ware has gradually entered the forefront of the industry in the domestic market.

As an enterprise based on the two markets of export and domestic sales, the pressure of bearing the impact of the Sino-US trade war and the global epidemic in the past two years has been enormous. This is not only a test of the enterprise’s ability to resist pressure but also a test of the entrepreneur’s excellent leadership. In the face of the current global economic situation, Huayi bathroom developed a “three-year triple” strategy, and the implementation achieved remarkable results. According to Huayi Sanitary’s official news, in the first half of the year, the completion rate of domestic marketing tasks reached 110%. This is a triple-digit growth rate compared to 2019, and the export market grew by more than 10%.

What is the reason behind the sustained growth of Huayi bathrooms in domestic and international markets, and what is Huayi bathroom judgment of the current industry situation? With these questions, the kitchen and bathroom information line interviewed Huayi bathroom chairman Feng Songzhan, looking for the answer.

Doing industry should be steady and stable

Kitchen and bathroom information founder Yu Zhenrong teacher has made a word wonderful, image summary of the characteristics of Wenzhou, Quanzhou, Jiangmen three major hardware and sanitary ware production areas – “live”, “spell”, “stable”. “stable”. Wenzhou’s hardware and sanitary products and Wenzhou small commodities. In the beginning, it is low cost. Low prices occupy the market, which lacks brand awareness. There was a time when the goods could be sold quite a wholesale market. Due to the export tax rebate policy, export products are close to batch and scale production. Wenzhou appeared a number of foreign trade-type enterprises. This is where the flexibility of Wenzhou enterprises. Quanzhou’s bathroom enterprises are concentrated in Nan’an, sold to the domestic market. It has a large sales force and a strong domestic sales network, attaching importance to the brand. Its spell is that even in the face of the economic downturn, Nan’an sanitary industry is still alone. It not only did not slow down, but also increased investment to accelerate the pace of development. 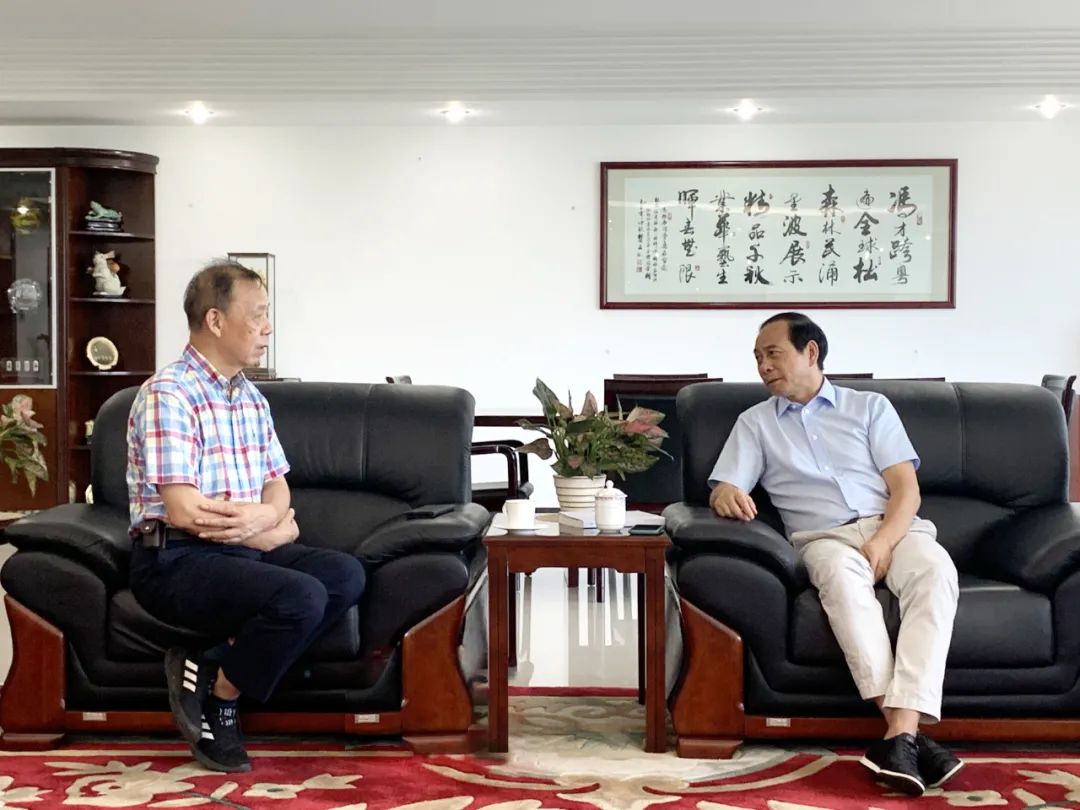 Yu Zhenrong teacher and Feng Songzhan’s dialogue started with the characteristics of the three major production areas. Mr. Yu said: “Under the influence of Huayi sanitary ware, Jiangmen sanitary ware production area has distinctive features. Enterprises use real materials and operate steadily. Its high-quality development is a step ahead in the industry.” Feng Songzhan modestly said, “Steady, it means that the enterprise development is slow, but doing industry is not fast.” He took ceramics as an example, and the enterprise’s production capacity is fixed with the same equipment and staff. It is impossible to produce from 200,000 sets immediately to 300,000 sets. Huayi sanitary ware after increasing the production line of sanitary ceramics, he is more aware of doing industry can not be rushed.

The “steady development” of Huayi sanitary ware and Yu Zhenrong teacher advocated “running a business is to run a marathon” are consistent with the view. 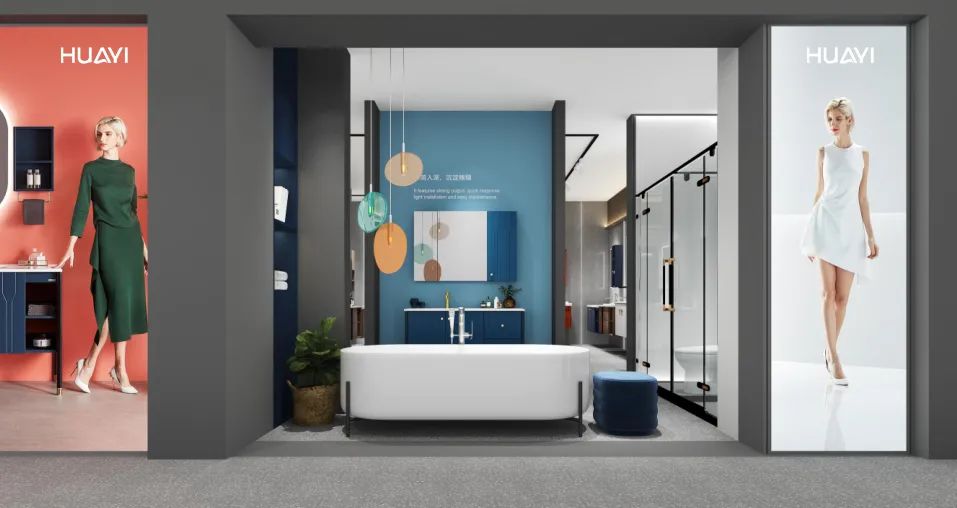 “There are many 100-year, 200-year enterprises in Europe and the United States. They are satisfied with the annual sales growth of 2%-3%. Unless the listed companies merge and acquire, these companies will have more than 50% annual growth in the short term.” Hearing these words, one is shocked inside. Feng Songzhan believes that running a business should be fine and steady development is the most important.

However, he also admitted that the market is changing so fast now and the business model is also changing. Now there are brands that are going light on assets and heavy on branding models. Companies increase product development and branding efforts. Production, however, relies on other label manufacturers.

2021 is the opening year of Huayi bathroom to carry out the “three-year triple” strategy. With the global epidemic still continuing to spread, compared to 2019 to achieve triple-digit growth, the export market grew by more than 10%. Feng Songzhan pointed out: “The first half of Huayi bathroom achieved an open door in the domestic market. This is due to Huayi bathroom seeking change spirit.” It is reported that during the first half of the year, Huayi sanitary ware implemented the new growth model of “multi-legged walking”. It vigorously expanded home improvement channels, engineering channels, distribution channels, retail channels. 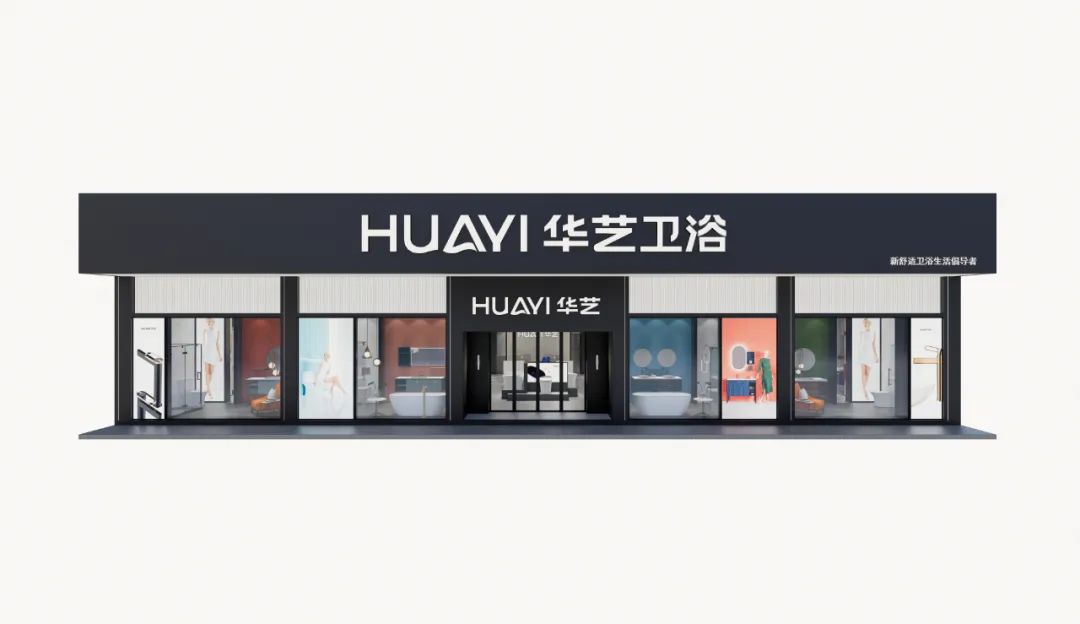 According to Feng Song exhibition, the first half of the Huayi bathroom brand investment strategy has also undergone a major change. The most significant effect of this change is the Huayi bathroom network layout of a total of more than 100 new cities. It further expanded its market outlets in the country. 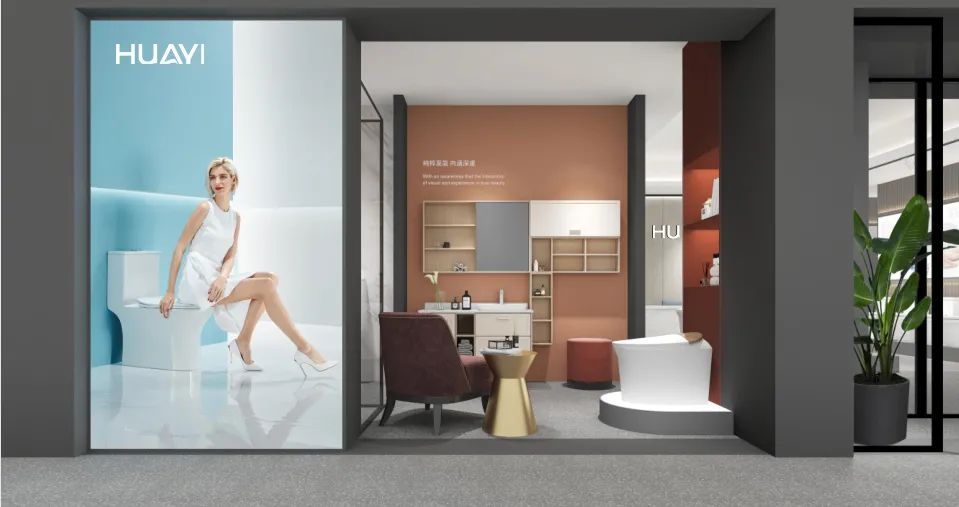 On the export side, the U.S. policy of imposing tariffs on Chinese goods has not affected Chinese exports. Trade data released by the General Administration of Customs of China shows that in the first half of this year, the total bilateral trade between China and the United States is about 2.21 trillion yuan, of which exports grew by 31.7% and imports grew by 43.9%. Feng Songzhan said Huayi bathroom exports to the United States is also normal, and is not affected by the tariff policy, the growth rate is also more than l 10%.

Mergers and acquisitions of foreign companies Comap, plans to enter the market of assembled sanitary ware

Exports, domestic market continued to grow, so Huayi bathroom to accelerate the expansion rate. According to Feng Songzhan, Huayi sanitary ware on October 14, 2020, completed the acquisition of 100% of the equity of the foreign enterprise Comap (Jiangmen) Pipeline Heating Equipment Co. In November of the same year, Huayi bathroom team into the Comap to take over the operation. 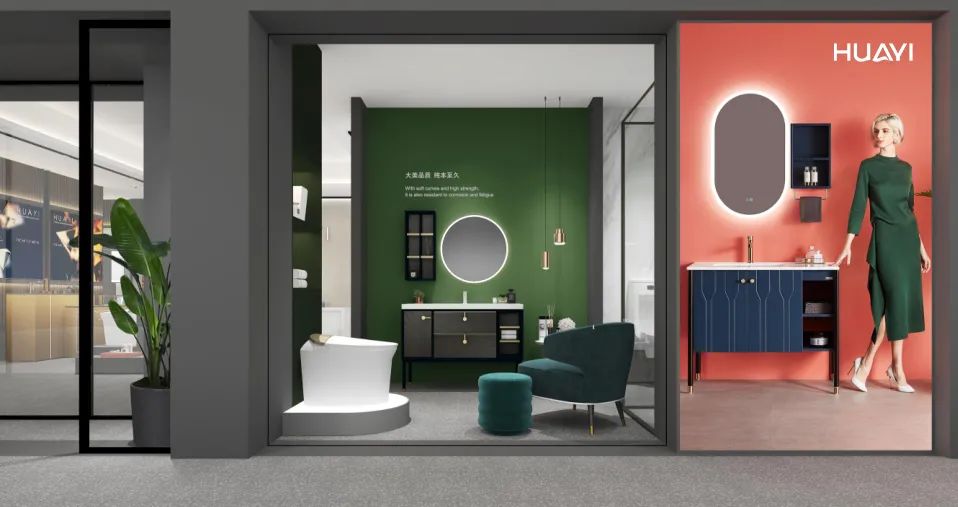 In addition to the expansion of the original product capacity, Feng Songzhan also has a keen insight into the huge potential of China’s assembled sanitary ware market. Policy and market are the two major drivers of the economy, and once the two merge, there will be a huge capacity. Currently, the country is vigorously promoting the development of assembled buildings. The national “Thirteenth Five-Year Plan” action plan for assembled buildings requires assembled buildings to account for 15% of new buildings by 2020. New townhouses must be delivered fully furnished, and bathrooms must be designed to be waterproof for 20 years.

As an industry that is about to rise in the Chinese market, the assembled bathroom solves many-core pain points. Standardized, large-scale whole bathroom compared to the traditional bathroom production line has been a huge improvement.  Compared to the traditional sanitary space construction method, assembled sanitary takes industrialized production and dry construction method. This can effectively solve the current bathroom space on-site construction of long construction period, high energy consumption, pollution, no quality assurance and easy to leak and other pain points.

In addition, the assembled bathroom space is assembled into components in the factory and then to the consumer’s home. Fast installation, the fastest 4 hours can be completed. Feng Songzhan said that after the outbreak of the epidemic in 2020, and then the construction process of Vulcan Hill Hospital and Thunder God Hill Hospital, the role of an assembled bathroom is very prominent. They are widely recognized by the market.

According to the Guangdong Provincial Building Materials Industry Association’s assembly building branch, the whole bathroom decoration of the assembly house will cost about 18-20,000 RMB, and its cost is close to the traditional bathroom. For the whole category of companies, the use of their own brand sanitary ware costs can be reduced by 10%-20%. With the advantages of scale, the future of the whole bathroom costs still has more room for decline. This more enhanced market competitiveness.

In the conversation, Feng Songzhan’s keen insight is impressive. He also mentioned an interesting topic in the conversation. He said that the amount of new houses built in Spain, Italy, and other western countries in a year is not yet enough for a city in Foshan, but the demand for faucets is not at all inferior to Foshan. Why is this situation? It turns out that rentals are prevalent in Western countries. The first thing the tenant to move in is to renovate the bathroom. The United States is similar, and the cycle of a bathroom renovation is a three-year replacement.

According to kitchen and bathroom information analysis, China’s dressing market is likely to open from the policy guidance. This year’s “guidance on the comprehensive promotion of urban old district renovation work” pointed out that in 2020, the new construction of the renovation of the old district of the town has 39,000, which involves nearly 7 million residents. Huang Yan, the vice-minister of housing and construction, pointed out that in 2020 plans to start the renovation of old urban neighborhoods are 39,000, nearly twice as many as in 2019. The “Opinions” requires that by the end of the “14th Five-Year Plan” period, combined with the actual situation around the country, strive to basically complete the transformation of the old urban neighborhoods built before the end of 2000 need to be renovated. 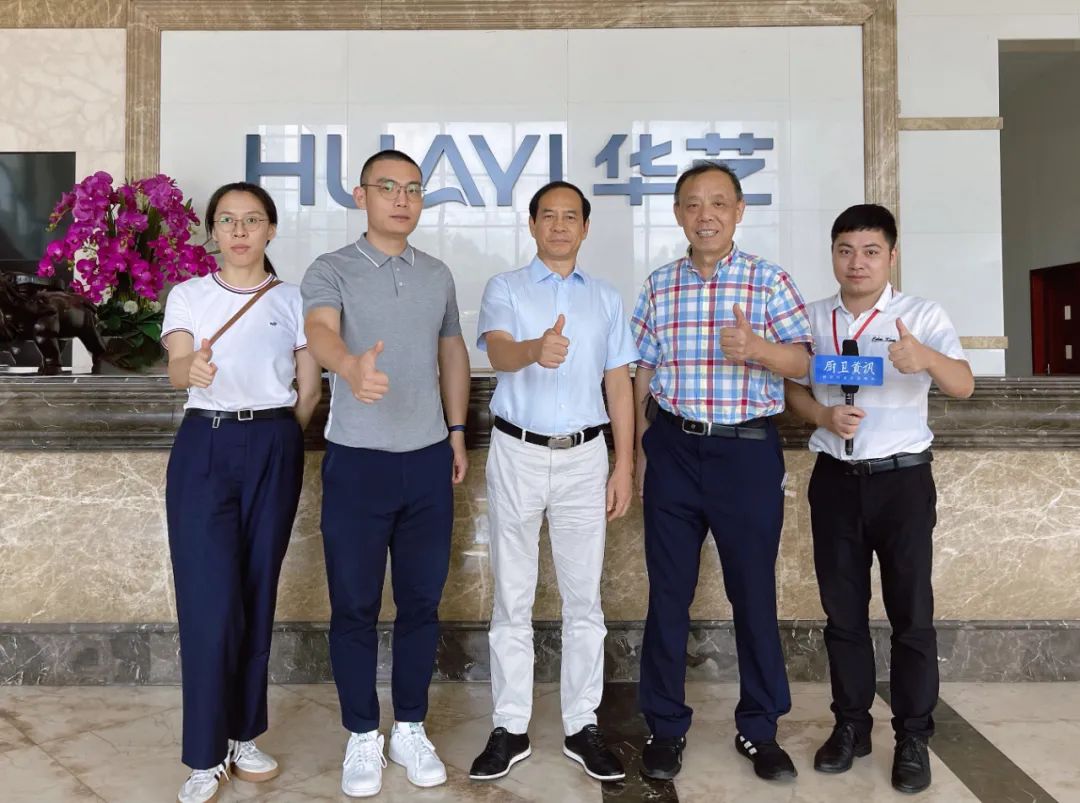 Standing in the long run, China’s bathroom renovation market “dividend” will certainly come. China’s bathroom development space is still very large. Feng Songzhan is very optimistic about the bathroom industry, and he believes that this is to improve people’s living standards, improve the people’s sense of well-being of the industry, but also the new opportunities for the development of sanitary ware enterprises.