The sudden water flow after the shower is turned off is not a quality problem.

Sudden water flow after the shower is turned off, this is not a quality problem

In order to pursue the comfort of bathing, the current shower head sprays are quite large, and the larger the shower head means the more water there is after turning off the faucet. The water in the top spray and shower pipes may flow out after being turned off.

This is a problem that may exist in the shower. It is not that the shower is leaking or broken, so you can rest assured if you encounter this problem. If it is a constant dripping and leaking, then it is a quality problem.

How to judge whether the shower head is leaking

1. Repair the leakage at the steering ball of the shower head

Solution: First unscrew the shower head from the steering ball ring, find the O-ring or similar seal inside and replace it, and then rotate the shower head back to its original position.

2. Leakage occurs at the connection of the shower head handle

Solution: Unscrew the shower head for cleaning. If necessary, soak the parts with vinegar, and scrub the parts, taking care to avoid scratching them. If the shower head is an adjustable spray type, carefully check all movable parts for signs of excessive wear. If the rotating handle cannot move smoothly or the internal cam is broken, the entire shower head needs to be replaced.

4. The fine water from the shower head becomes a mixture of coarse and fine

What to do if the shower is leaking teaches us how to solve the problem of the shower. However, to completely eliminate the problem of water leakage in the shower, it is necessary to purchase products with guaranteed quality, pay attention to maintenance, and replace them in time when the service life is up. Every step must be followed up in place.

What should I do if the shower head is blocked?

After a long period of use, the shower head will be blocked. This is natural. This does not mean that the shower head is broken. Don’t worry, you don’t need to buy a new one at all. This is due to scale formation after long-term water discharge. , You only need to disassemble and clean the shower head.

If your shower head has been blocked for a long time, and a large number of holes have been blocked. So using a needle to pierce one by one is obviously not ideal. In this case, it is recommended that you use acidification to remove dust to solve the problem of clogged shower heads. You need to prepare some white vinegar. Pour the vinegar into a basin so that the shower head can be submerged. After soaking in vinegar for about ten minutes, the scale in the shower head can be removed.

Baking soda has many uses in our daily lives, and it can clean up all kinds of scales and stains. As for the method of baking soda to fix the problem of shower blockage, it can completely refer to its method of removing water bottle scale. The specific method is: pour about 500 grams of hot baking soda water with a concentration of 1% on the shower, gently shake and rinse, and the scale can be removed.

Then we first prepare a needle, and then use the needle to pierce the impurity in the perforation with the small hole that we saw just now, until there is no impurity in the hole. This method is the most straightforward, but be careful to puncture the shower hole.
If you have any doubts, please do not hesitate to contact us: info@vigafaucet.com 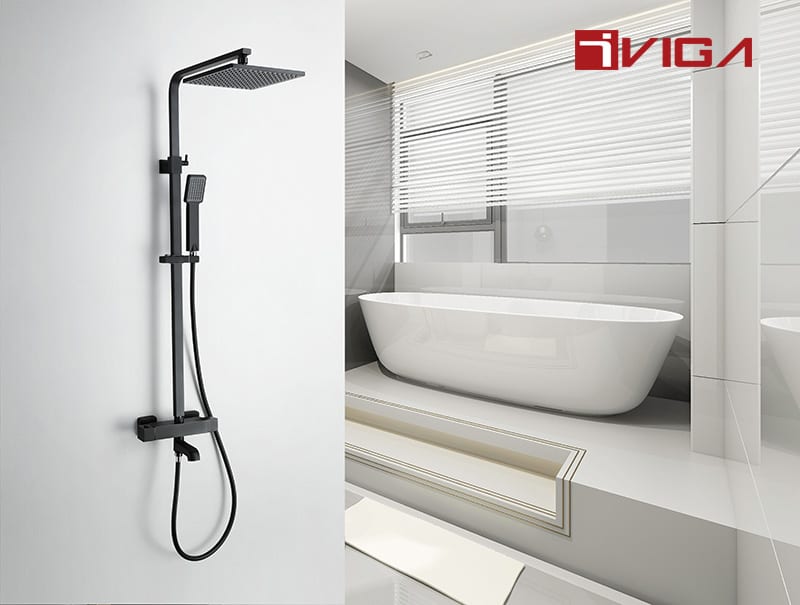